TVS-backed rider Harith Noah finished 20th in Dakar 2021, the highest place for an Indian. He talks to us about his history-making achievement. 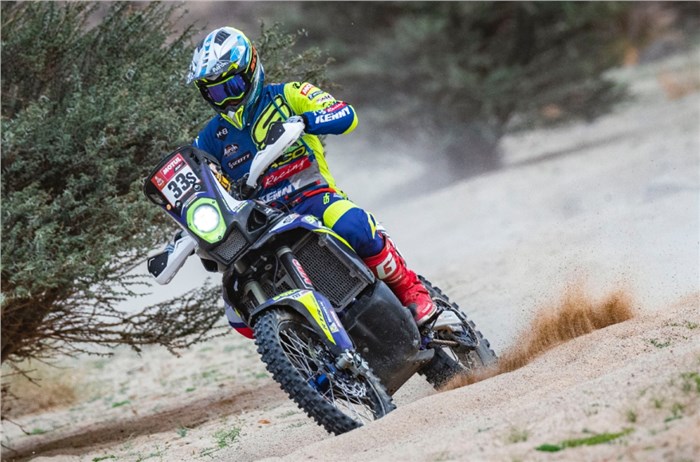 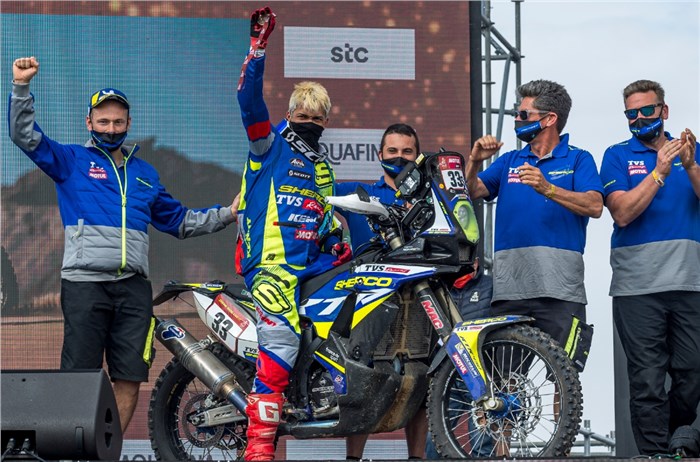 Harith Noah made history at the 2021 Dakar Rally, with his impressive 20th place result being the best-ever ranking achieved by an Indian at the gruelling rally. This makes Noah the first Indian competitor to finish in the top 20 at the Dakar Rally; the milestone was previously CS Santosh's 34th place finish in 2018.

The TVS-backed rider talks to us about his Dakar journey and what’s next for him:

Firstly, congratulations on making history at the Dakar. How do you reflect on your achievement?

Of course, it’s a great feeling to have finished 20th. I knew it after all the stages, at the finish. I’m happy that I finished 20th. To be honest, before the Dakar my goal was to finish the Dakar. That was my priority number one. Then the next thing I tried to focus on the most was to take it kilometre by kilometre and focus on every stage day by day, and the result was 20th position.

After any race I always feel I could’ve done this better and that could’ve been better. That’s always the scenario. So should’ve, could’ve, would’ve, I’m happy it went this way. It could’ve of course gone worse as well. I had a crash and I was lucky enough not to get too injured. I’m really happy with how it went and I think I made some good choices during those 12 days and it got me to 20th position.

Can you have any expectations going into such a gruelling event as the Dakar?

For sure you can set expectations, but for me I feel the best way to look at it is to take it day by day, kilometre by kilometre almost, and try to do the best and then the final result will show how good you are.  That’s the same strategy I did the year before. Of course, the strategy got a little fine-tuned for this year but I think that’s the best way to go forward, at least for me.

Experience counts for a lot at the Dakar. What learnings from your debut last year could you apply  this year?

This has been my second Dakar and the second Dakar in Saudi Arabia. The route is not the same, one of the stages was the same, but the sand and the terrain was similar so I think that definitely helped me to have that experience from last year. Also, just how the temperatures are and all that. You know it before you go for it. That helped me. Of other things, I improved my navigation throughout the year. A lot of things I learned from the year before helped me this year. 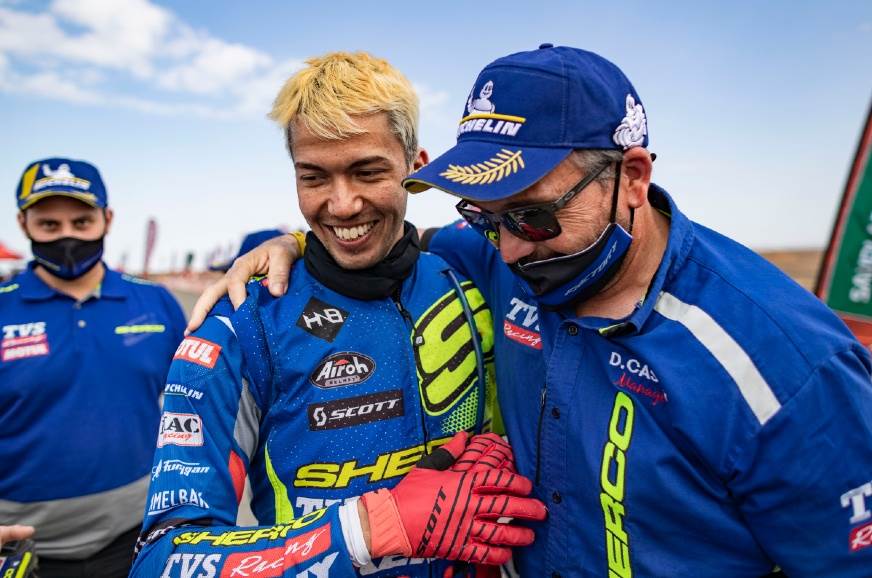 Let’s go through your Dakar journey - started pretty well  and then you got to Stage 4. Santosh had his accident at that stage and you also had your own mishap. How did you bounce back from that?

Just before I crashed there was a refueling, so I met Santosh who came after me. We spoke a little bit. I was not feeling that great that day on the stage. I was telling him, “I don’t know, I don’t feel so good.” He told me that he was feeling pretty good that day. Anyway, I continued. I saw this rock at the last minute and hit it and crashed. It was a very big crash. I didn’t lose too much time during the crash. I picked up the bike and continued … so I didn’t lose a lot of time there. Where I lost the most time was the fuel got over because the rear tank was broken and I had to stop two times to get fuel from other riders.

The riders who were right behind me would not stop. So, I had to wait for the riders who ride at the back of the pack to reach. Fortunately, two people gave me fuel. I got three litres, continued, and after 20km stopped again, got another three litres and then crossed the finish line. Later, I found out that Santosh crashed at the same place I crashed, on the same rock, and a few other riders as well. It was a strange feeling. I heard that he was airlifted. The next day I put that behind and continued like it’s a fresh day, like it’s another day.

You made up a lot of time in the last four stages. What changed?

I think the terrain definitely, because it was less sand, more like hardpacked stuff. That’s what I’m used to more in India especially. The main factor was that I started getting used to the bike because I only had nine days on the bike before the Dakar so that’s very less time. Towards the end of the first week and then the second week I started feeling more comfortable on the bike. Like you said, Stage 4 I had the bad crash, Stage 5 also I had a problem, just before the finish I stopped for a long time. And then it started getting a little better. I didn’t have any problems and focused more on the navigation and stuff like that.

You mentioned the limited amount of time on the bike; was that because of the pandemic? How much more difficult was it to prepare for the Dakar this year because of the disruptions caused by COVID-19?

The amount of training was the same, as much as possible, but of course, places where I trained were not ideal. For example, I didn’t ride any dunes in 2020 except the Dakar in the beginning. That’s definitely not ideal but it’s just how it is and I did the maximum. I tried to do the most of what I had and of course I did a lot of navigation training in France which was good. I didn’t think too much about what I didn’t have because, anyway, I couldn’t do anything about it.

You said you’re still recovering from the Dakar, what do you do after a grueling event like this?

To be honest, I kind of miss training. I went to France, now I’m in Germany and I can’t wait to get back home. I’ve been doing a bit of running with my knee also because in that crash I hurt my knee and my quadriceps. I have to get that checked definitely once I’m back in India. I’m doing a little bit of training but not like I don’t want to. There is no gym open as such so slowly getting back to it. But once I am back in India I’m going to continue to train and, of course, have a small get together with family and friends. But that’s about it. I train a lot on a regular basis and when you stop training suddenly, your body almost needs to be trained, you know?

Finally, what’s next for you?

Like I said, at the moment I was just completely concentrating on the Dakar day-by-day. Now, the Dakar is over and I have kind of settled down. I’m going to start slowly getting back to training and stuff like that. Other than that, I haven’t really thought too much about what’s the plan, this year what races and stuff like that I haven’t put too much thought. Once I’m back in India I’m going to meet with the team and start discussing the plans.