Jack Miller will be graduating to the Ducati factory team after spending two years with the satellite team, Pramac Ducati. 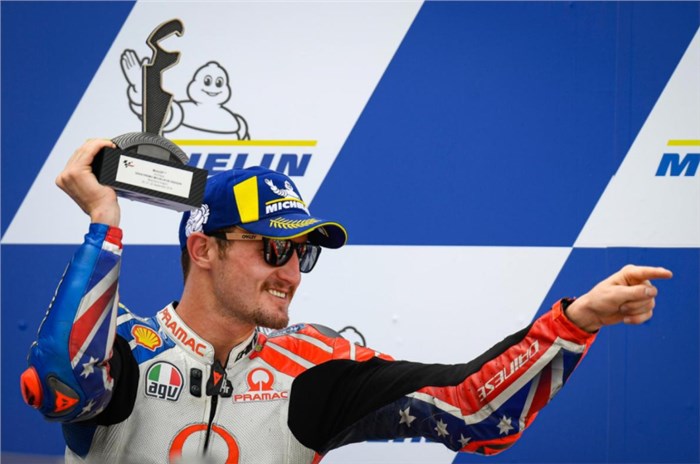 Ducati Corse has just announced that Jack Miller will be one of its two factory riders for next year’s MotoGP championship season. The 25 year-old Australian rider will be stepping up from the Pramac Ducati satellite team, having signed a one-year contract with the Ducati factory team, with an option to extend it for the 2022 season.

Miller fast-tracked his way into MotoGP in 2015 after finishing just two points behind Alex Marquez in the 2014 Moto3 season. After a year with the Honda LCR team, he moved on to the Marc VDS team for two seasons, even securing a dramatic win in the wet at Assen in 2016. In 2018, he rode for Pramac Ducati and finished the 2019 season in a respectable 8th place, with five podiums and one pole position. Some of you might also remember the 2018 Argentina MotoGP, where changing weather conditions (and last minute tyre changes) saw Miller as the only rider on the start grid, minutes before the lights were set to go out.

The Ducati MotoGP team has not officially revealed which of the two current riders - Andrea Dovizioso or Danilo Petrucci - will be replaced. However, rumours suggest that Petrucci’s manager has said that the racer will be moving on from the factory team, possibly to WorldSBK; Alvaro Bautista and Scott Redding have done this in the recent past. Alternatively, he could also move to the Aprilia MotoGP team where Andrea Ianonne’s future seems doubtful after he tested positive for steroid use.

The last Australian to race for Borgo Panigale was Casey Stoner, nearly a decade ago, and he was rather successful atop the Desmosedici. Miller will be looking to follow in his footsteps and win the championship with Ducati.