Cal Crutchlow won the race but Rossi and Marquez’s scuffle grabbed the limelight in Argentina. 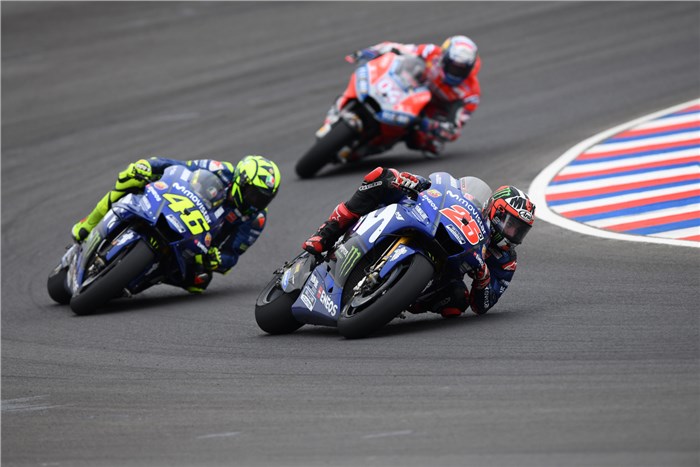 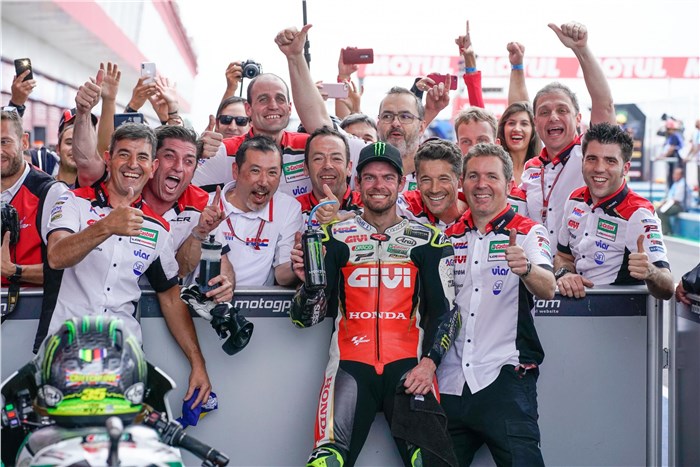 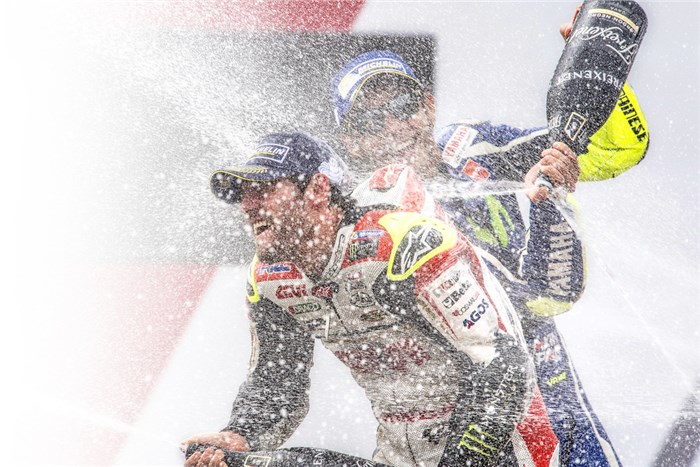 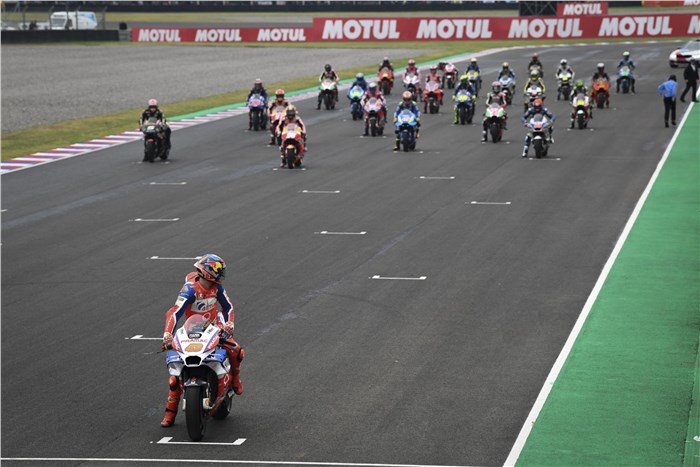 There was drama throughout the race at the Argentina GP, but it was LCR Honda’s Cal Crutchlow who emerged victorious after an intriguing battle with Zarco, Rins and Miller.

Surprise showers before the qualifying session of the 2018 Argentina GP meant that track conditions were tricky, to say the least. Some parts of the track were soaking wet, while a drying racing line had emerged on some parts of the track. Jack Miller timed his run perfectly and managed to grab pole position in an action-packed hot lap with few near misses.

There was much drama at the start of the race as it started raining 15 minutes before the scheduled start. All the riders on the grid except Miller were running on wet-spec motorcycles. There was chaos on the grid as the riders and their pit crew started pushing their motorcycles back to the garage few minutes before the official start. Miller was the only rider on the grid and there was lot of confusion about the status of the race and the race start was delayed. There was an impromptu meeting between the racing officials and team managers to decide on how to start the race without affecting Miller’s advantage. The prospect of riders starting from the pit lane was squashed owing to safety reasons and the Aussie rider was given an advantage of few grids; it was a bizarre starting grid, to say the least.

The drama though hadn’t ended. Marc Marquez stalled his motorcycle on the starting grid, and while race officials directed him to head to the pits, the Spanish rider managed to jump start his motorcycle and ride in the opposite direction to rejoin the grid.

As expected, Miller led the race when the lights went off and Marquez managed a great start to climb up to fourth place. Though Dani Pedrosa was looking good, the Spaniard’s campaign was cut short when he got bumped by Johann Zarco while entering Turn 13, as the Repsol Honda rider opened the throttle on a wet patch of tarmac that resulted in a highside, thereby ending Pedrosa’s race. Marquez was absolutely flying as he was able to pass Miller for race lead in the second lap itself. However, his joy was short lived as he was awarded a drive-through penalty for not starting the race from the pit lane and delaying the start. The penalty dropped the reigning champion to 19th place as Miller regained the race lead.

By the halfway stage, it looked like a four-way battle between Miller, Alex Rins, Zarco and Cal Crutchlow, and the leading pack was comfortably ahead of the trailing riders. Marquez, riding like a raging bull, was making swift progress and almost knocked out Aleix Espargaro while passing him on Turn 13. The Honda rider was asked to drop back a position by race direction for his aggressive move.

With less than five laps remaining, the tussle for the race lead was getting serious as Rins managed to plunge ahead of Miller, but the Aussie rider always had better drive to regain the lead. Miller was coming under tremendous pressure and he finally buckled entering Turn 1, where he almost lost the front of the bike, but somehow managed to stay on the motorcycle. British rider Crutchlow capitalised on the situation to take the race lead and was followed closely by Zarco and Rins.

Further down the grid, Marquez was posting lap times that were more than a second faster than other riders and was up in sixth place behind Valentino Rossi. With two race laps remaining, it looked like a battle to the finish line between satellite riders Crutchlow and Zarco, as Rins had almost destroyed his rear tyre. In a desperate attempt to make up positions, Marquez barged into Rossi on Turn 13 which resulted in the Yamaha rider running wide off the track, onto the wet grass, and crashing. The MotoGP legend was visibly furious, but somehow managed to rejoin the race in 19th place.

Zarco was putting in his best effort to close down on Crutchlow, but the British rider utilised his experience to cross the chequered flag in first place. It was the third premier class win for Crutchlow, who now leads the 2018 championship and it was also Honda’s 750th Grand Prix win. However, the British rider’s triumph was overshadowed by the Marquez and Rossi clash, where the Repsol Honda rider was handed over a 30-sec penalty that dropped him to 18th place. How much will this clash affect the championship standing in the future is uncertain, but relationship between Rossi and Marquez seem to have soured permanently.

Apart from the podium finishers, the other rider who would be happy will be Andrea Dovizioso, as the Ducati rider had a poor outing in sixth place, but still leads Marquez by 18 points heading into the third race of the season in USA.