Pending approval from the Spanish government and the FIM, MotoGP is looking to host two races at the Jerez Circuit in July. 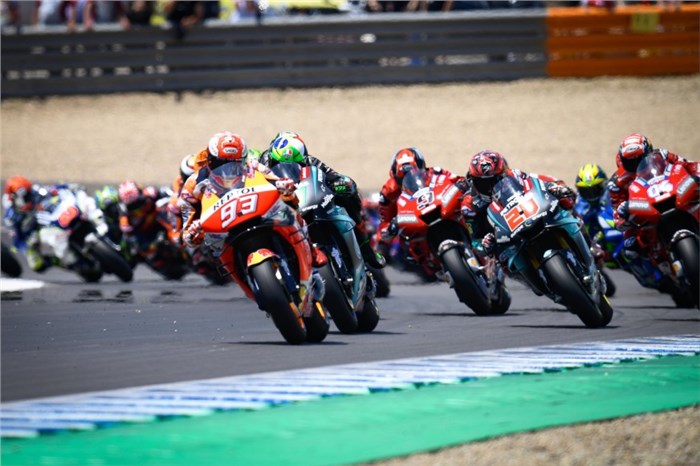 The start line for the 2020 MotoGP season finally seems within sight, with series promoter Dorna Sports announcing plans to host two races at the Jerez Circuit in July. As per the announcement, this decision is still pending final approval, with Dorna Sports, the Andalusian government and Jerez council agreeing to make a proposal to the Spanish government.

If given the go-ahead, the two races will be held on the weekends of July 19 and 26, respectively. These will then be followed by Round 2 of the WorldSBK championship on August 2. “Once authorisation from the Spanish government has been given, the three events will be proposed to the FIM for inclusion on their respective calendars. The first MotoGP event would be the Grand Prix of Spain, becoming the season opener for the MotoGP class, and the second would be the Grand Prix of Andalusia,” the statement said.

With the COVID-19 pandemic forcing either the cancellation or the postponement of the first 11 rounds of the 2020 season, MotoGP organisers have been left with the task of devising a new calendar in these ever-evolving times. But it looks like the series is inching closer to figuring out a workable solution and it could likely follow Formula 1’s recent strategy and look at hosting the first few races in Europe. It is also highly likely that these first few races will be held as closed events without any spectators.

Just last month, MotoGP also announced some changes to its technical regulations, with development of bikes frozen this year. As a result, all manufacturers will start the 2021 season on the bikes that were homologated ahead of the 2020 season. Thereafter, normal upgrade regulations will apply for the rest of 2021.