As the winner of the first-ever VW Virtual Racing Championship, Kutti has earned a fully sponsored drive in the 2021 Polo Cup which kicks off in June. 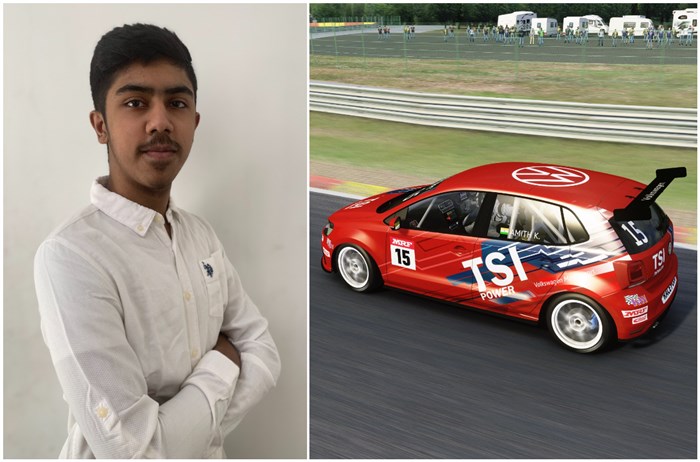 Amith Kutti has won the inaugural Volkswagen Virtual Racing Championship after five hard-fought rounds. As a result, the youngster from Chennai has secured a fully sponsored drive – worth Rs 10 lakh – in the upcoming 2021 Volkswagen Polo Cup.

While motorsport was on pause during the country-wide lockdown last year, Volkswagen Motorsport India decided to foray into the world of sim racing. Enter the Volkswagen Virtual Racing Championship, which was essentially a virtual version of the Polo Cup. After receiving over 4,500 entries from across India, VW shortlisted the final grid to 28 participants.

The five rounds saw participants battle it out on virtual versions of some of the most renowned international circuits like Monza, Imola and Nurburgring. Kutti ended the season with 492 points to be crowned champion. Aaroh Ravindra finished 2nd with 440 points, while Netherland’s Oshan Kothadia finished 3rd with 417 points.

The races were monitored through race control and all contenders received online driver coaching and data-enabled training to help them analyse and improve their skills.

As the winner of the Volkswagen Virtual Racing Championship, Kutti will now get to transition to real-world racing with a spot guaranteed on the 2021 Polo Cup grid. This is a fully sponsored drive worth Rs 10 lakh.

This year will kick off a new motorsport chapter for Volkswagen in India, with the Polo Cup returning to replace the Ameo Cup after three seasons. The new Polo Cup was supposed to make its debut last year, but the pandemic threw a spanner in the works. The 2021 season will kick off in June. In the meantime, you can read about all the details on the new Polo Cup racer.

Volkswagen recently decided to cease all international motorsport operations to instead focus on electric mobility. However, this won’t have any impact on its Indian racing division.