The winner of the Volkswagen Virtual Racing Championship will get to participate in the 2021 Polo Cup. 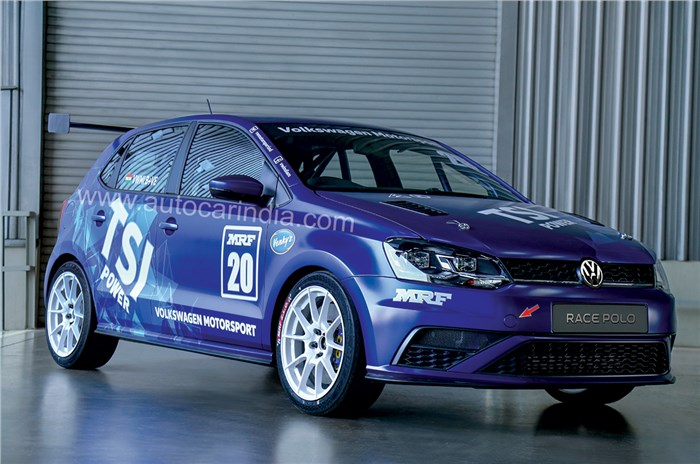 The Volkswagen Virtual Racing Championship has been launched in India, and is Volkswagen Motorsport India’s foray into the world of sim racing, since motorsport is still on pause in India. As sim racing started gaining popularity during the lockdown, the company had partnered up with the Indian e-Racing Championship, but this will be its first fully dedicated virtual racing series, intended to bridge the gap between gaming and on-track racing.

While speaking exclusively with Autocar India on a #LivewithAutocar session on Instagram, Volkswagen Motorsport India Head Sirish Vissa has revealed some key details of the championship. Here’s everything you need to know:

What is the VW Virtual Racing Championship?

The Volkswagen Virtual Racing Championship will essentially be a virtual version of the Polo Cup. Similar to VW’s real-world championships, it will host five rounds, and each round will comprise three practice sessions, one qualifying session, and two races. 26 competitors and two guest racers will participate in each event.

Volkswagen currently plans to wrap up the championship in January 2021.

The races will be monitored through race control and all championship contenders will receive online driver coaching and data-enabled training to help them analyse and improve their skills.

What does the winner get?

The winner of the Volkswagen Virtual Racing Championship will get to transition to real-world racing with a spot guaranteed on the 2021 Polo Cup grid. This will be a fully sponsored drive from Volkswagen.

This year was supposed to kick off a new motorsport chapter for Volkswagen in India, with the Polo Cup returning to replace the Ameo Cup after three seasons. However, the Federation of Motor Sports Clubs of India (FMSCI) is yet waiting on the government to ease restrictions on sporting events to resume all racing championships in the country. Vissa revealed that, should motorsport resume in the country later this year, Volkswagen will be evaluating whether it can run the Polo Cup in 2020.

In the meantime, you can read about all the details on the new Polo Cup racer.

Who can participate in the Volkswagen Virtual Racing Championship?

Literally anyone! There are no restrictions for the initial selection process; so those interested in participating can do so provided they have Assetto Corsa on a PC/laptop and keyboard setup or Gran Turismo Sport on a PlayStation.

Volkswagen will provide basic training for all the participants via a webinar, following which they’ll get the chance to set their fastest laps during a recorded, 30-minute session. One round of eliminations will be conducted based on the participants’ performance and 400 gamers will be shortlisted.

From the remaining participants, the 20 fastest gamers (10 each from the Assetto Corsa and Gran Turismo editions) will be selected to compete in the championship. They’ll be joined by the top six finishers in the Pro Class of the Indian e-Racing Championship.

Is there a participation fee?

There isn’t any fee for the initial registration; you just need to have the licence for the required games. Those selected to participate in the championship will have to pay a fee of Rs 9, 990 and will need to have a steering wheel and pedal setup for Assetto Corsa.

The online registration will take place from August 10 to September 9, 2020.  This will be followed by the Stage 1 selection process on September 19. If you’re interested in participating, you can head here to register for the Volkswagen Virtual Racing Championship.