Ahead of the Austrian GP, we give you the team-by-team lowdown on what you can expect from Formula 1 this year. 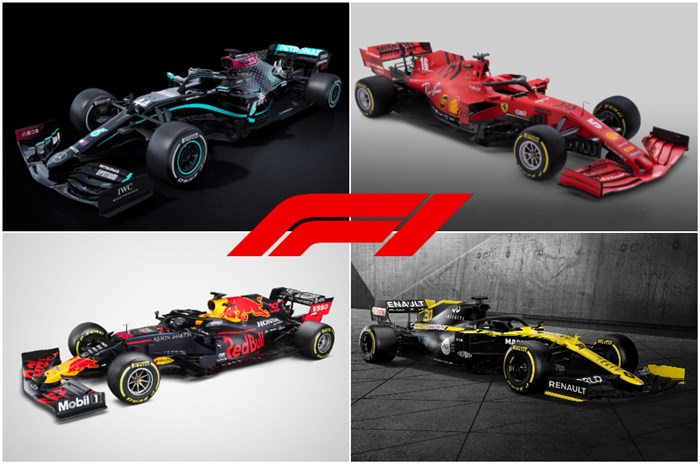 Formula 1 is back after a lengthy seven-month pause, with the 2020 season finally getting underway this weekend at Austria's Red Bull Ring.

Last year, teams had to devise solutions for the new front wing regulations (which were simplified in an effort to promote closer racing), but this year they’ll have to face the challenge of trying to find gains in a season where the regulations are completely stable. Mercedes has won every single Formula 1 championship since the new V6 turbo-hybrid era kicked off in 2014. So will anyone be able to dethrone the Silver Arrows, or will the team continue its dominant run?

With COVID-19 effectively halting all track action, February's pre-season tests remain the only indicator of performance that we have so far. 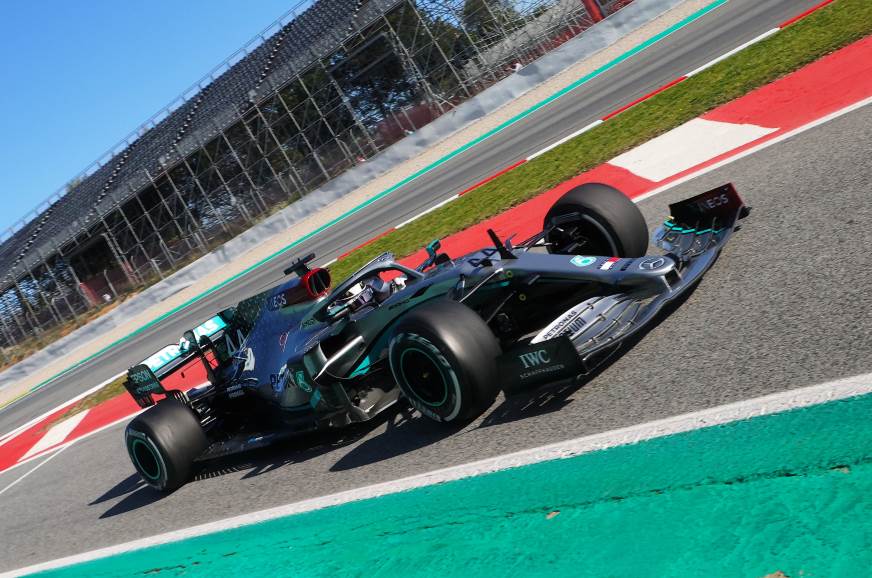 With 2020 being the final year with the current regulations before F1’s 2021 rules overhaul, there’s no doubt that Mercedes intends to make it a clean sweep, and the team’s showing no signs of abating. Not only did the new W11 end up being the fastest car during pre-season testing (with Valtteri Bottas being the only driver to dip below the 1min 16sec mark), but Mercedes also completed the most laps (903).

And then there was the infamous Dual Axis Steering system or DAS (intended to help with reducing the cooling of the front tyres on the straights) that captured all the headlines during pre-season testing. While there are no guarantees that the system will make it to a race any time soon, it definitely is a show of intention that Mercedes is determined to remain at the cutting edge of technology and innovation in F1. Of course, the team didn’t enjoy a seamless pre-season test; it lost a full afternoon of running after an oil pressure issue that affected Lewis Hamilton’s car. Couple that with the fact that Mercedes’ engine customer Williams also suffered a number of power unit-related issues, and it appears that Mercedes may yet have a few niggling issues with its engine. However, overall it looks like the Mercedes will indeed head to Austria as the team to beat. And this season, the team will be sporting an all-new black livery to support diversity. 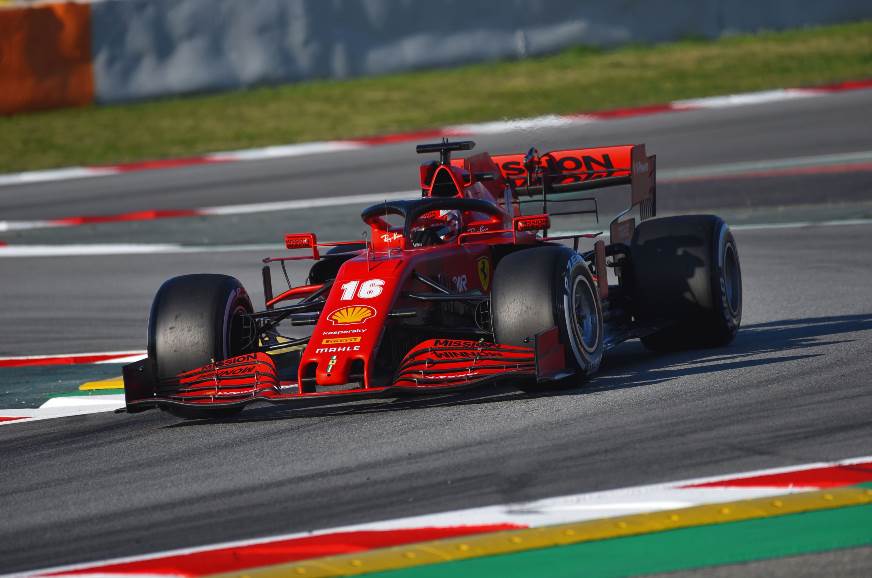 After spending years chasing Mercedes for title glory, the Tifosi have some high hopes for Ferrari to finally seal the deal in the final season of these regulations. However, it’s been a rather underwhelming pre-season test for the Italian squad. They appeared to be around a second off Mercedes on long-run pace and around 1.7sec off on short-run pace. The team has also found itself embroiled in controversy after reaching a confidential settlement with the FIA over the legality of its 2019 power-unit. The fact that during testing, Ferrari’s engine didn’t appear to have the same advantage that it did last year has done little to clear any doubts. But there is a silver lining – it appears the SF1000 has made gains in cornering speeds.

Team Principal Mattia Binotto has denied that the team has been sandbagging during testing, but there is the possibility that it could just be running its engine at lower power. Earlier this year, Ferrari also ended up being at the centre of news that has shaken up the F1 drivers' market, with Sebastian Vettel confirmed to leave the team at the end of 2020. On the back of a troublesome 2019 season, it will have to delicately manage inter-team dynamics between Vettel and Charles Leclerc – if it wants to avoid throwing away any crucial points this year. 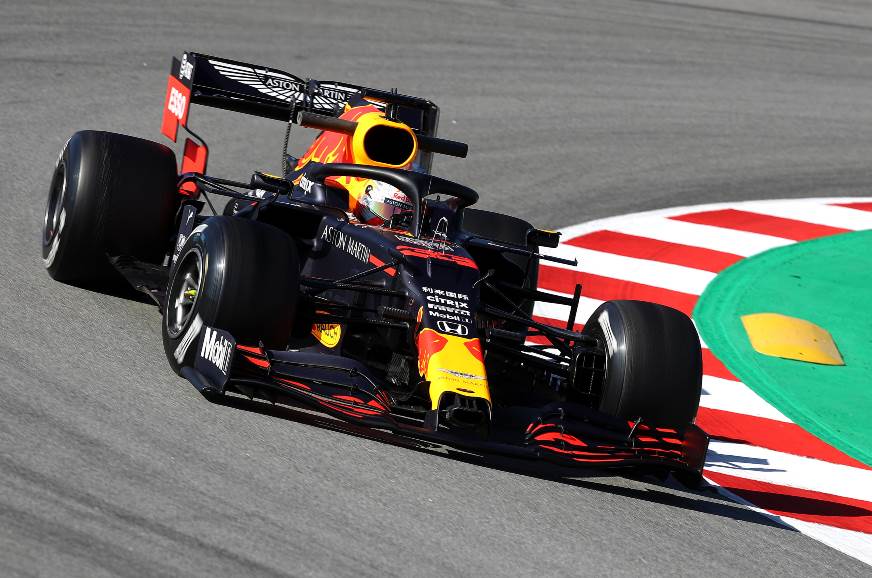 Pre-season testing can never be treated as an infallible indicator of performance. But so far if any team appears strong enough to mount a realistic challenge to Mercedes, then it’s Red Bull. Much like Mercedes, Red Bull has also decided to bring in a host of innovations, with the Honda-powered RB16 featuring a novel front suspension arrangement and a smart new steering.

The V6 era has typically seen Red Bull struggle at the start of the season and then find its footing as the season progresses. But if the team is able to prove itself as a genuine contender from the get go, then we could very well have a close championship battle at hand. After all, Max Verstappen has already established himself as a driver that could fight for the title provided he has the right tools. 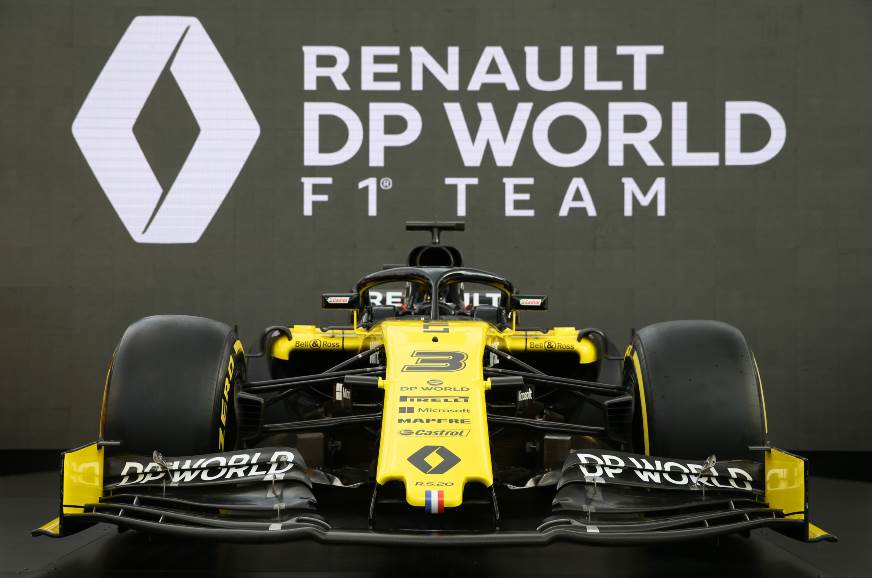 Renault’s always maintained that it has returned to F1 to win races and championships. The French team had been on an upward trajectory since its return in 2016, but 2019 ended up being a difficult year. Rather than battling the top three teams, Renault found itself falling to 5th place in the constructors’ standings, behind McLaren.

But the team has emerged as somewhat of a dark horse in testing, having made some telling gains. Daniel Ricciardo will continue to spearhead the team this year and he’ll be joined by Esteban Ocon, who is returning to F1, in place of Nico Hulkenberg, with some valuable experience following a stint as Mercedes’ reserve driver. While it doesn’t look like Renault will be taking the fight to the likes of Mercedes and Red Bull this year, it does appear to be in a good position to battle it out for the honour of being the best of the rest. 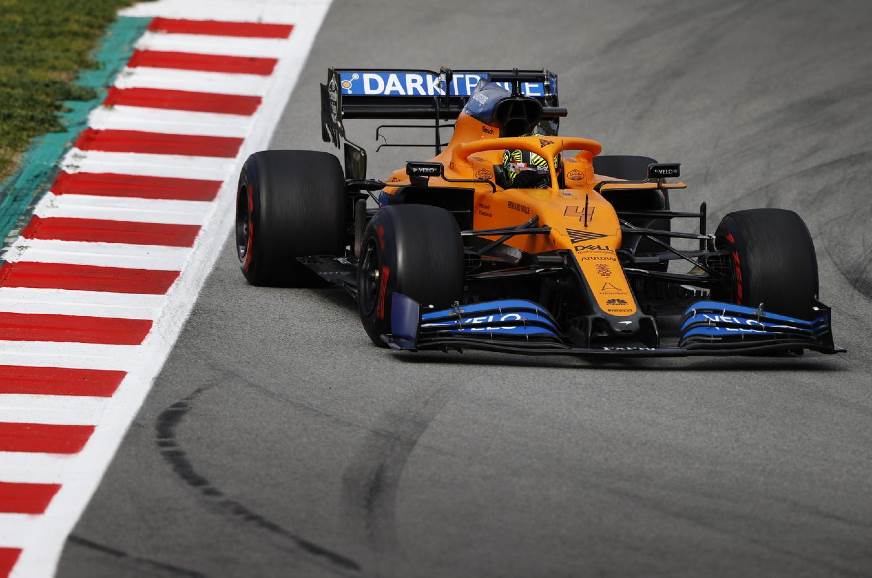 After several years of struggle, 2019 brought with it an upturn in fortune for McLaren. The team ended up finishing the season ‘best of the rest’ in 4th place, 54 points ahead of closest rivals Renault. Carlos Sainz and Lando Norris both proved to be valuable assets for the team and will be staying on this season as well.

It was a relatively uneventful pre-season test for the Woking-based squad. With both Renault and Racing Point appearing to have upped their game, McLaren will have its work cut-out if it wants to retain 4th place. 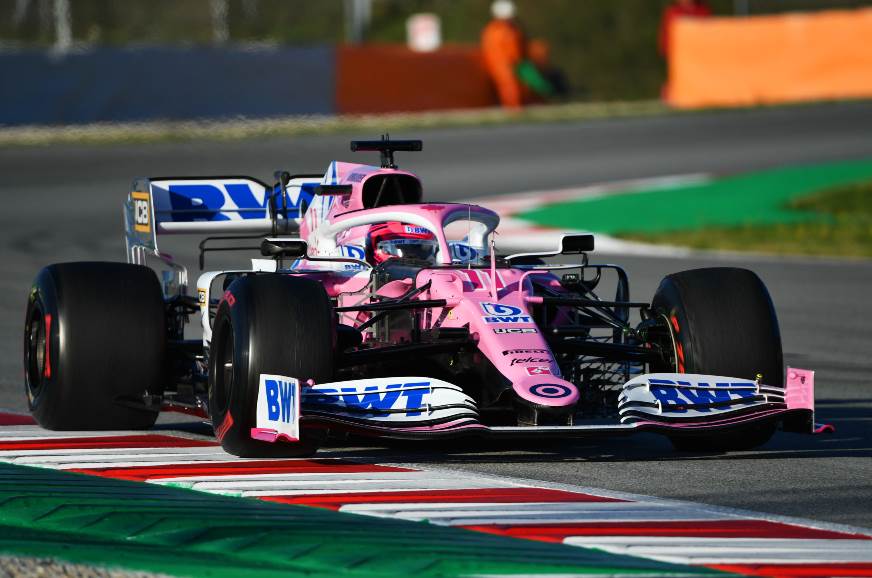 Interestingly, Racing Point ended up being another headline grabber during pre-season testing, mainly because its new RP20 bears an uncanny resemblance to last year’s double championship winning Mercedes W10. The team’s technical director Andrew Green has stressed that the car is a product of in-house design, but he also hasn’t shied away from admitting that it takes some heavy inspiration from Mercedes’ past and current challengers.

The RP20 set some impressively quick lap times during the pre-season test, and Sergio Perez even called it the best car he’d ever driven in pre-season. All of this does point to 2020 being a strong year for the team, and it could perhaps even return to 4th place in the constructors’ standings for the first time since 2017, when it competed as Force India. 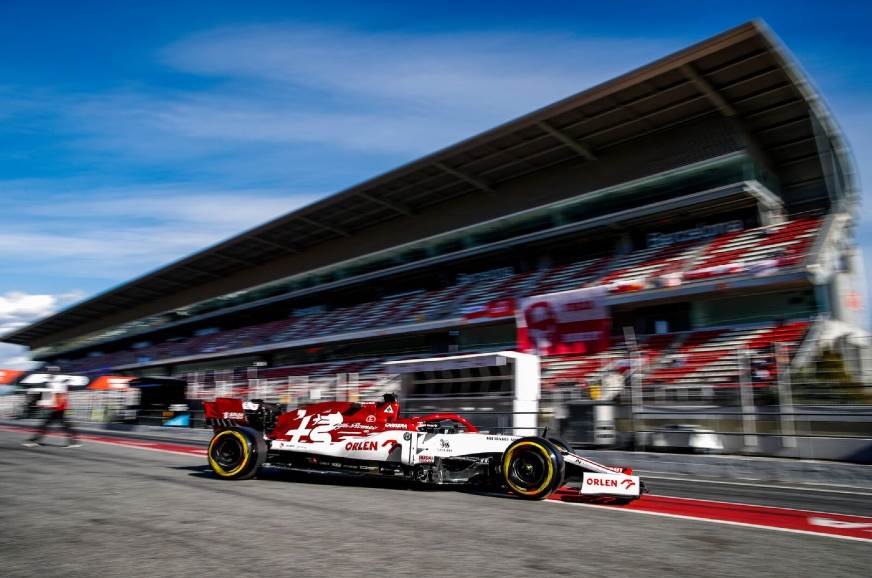 Alfa Romeo spent majority of the pre-season quietly taking care of business, but rounded off testing with a bang by topping the speed charts – Kimi Raikkonen hit 320kph on the final day with DRS assistance. However, fastest laps and top speeds allude to little during pre-season testing. Realistically speaking, it looks like Alfa Romeo will be competing with the likes of Haas and AlphaTauri.

Last year, Kimi Raikkonen ended up scoring nearly 67 percent of the team’s total points. So if Alfa Romeo does want to climb up the standings, it’s probably going to need Antonio Giovinazzi to start matching his teammate’s performance. 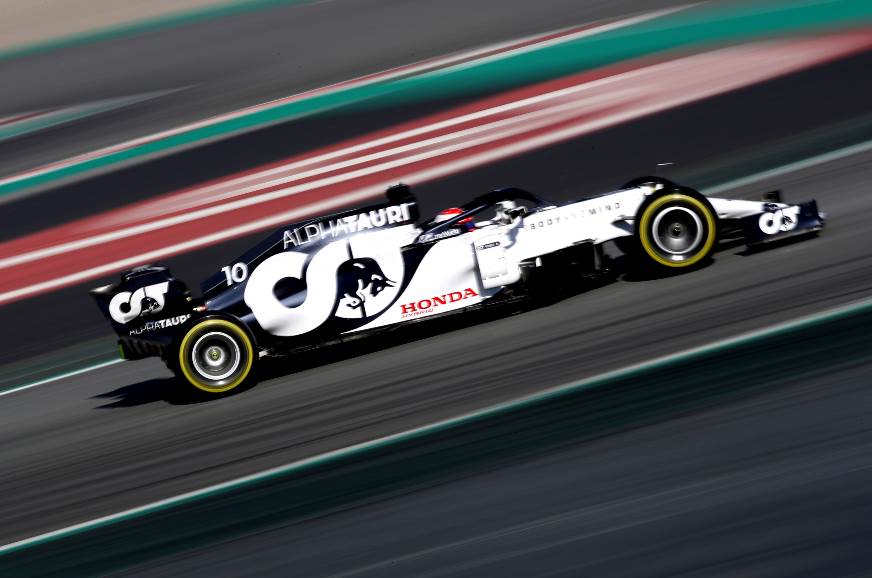 No, this isn’t a new team; Toro Rosso has been re-branded as AlphaTauri to promote Red Bull’s clothing line bearing the same name. But under that striking new livery, the team retains its Toro Rosso DNA.

2019 was a stellar year for the team, with Daniil Kvyat and Pierre Gasly each securing a podium finish. To offer some perspective, Toro Rosso’s only other podium finish prior to this was Sebastian Vettel’s Italian GP win all the way back in 2008. This year, the team will be hoping to carry forward that momentum, and team principal Franz Tost has already set a bullish target of 5th place. We’re going to have to wait till lights out in Austria to find out if the AT01 can truly deliver a bump up in form. 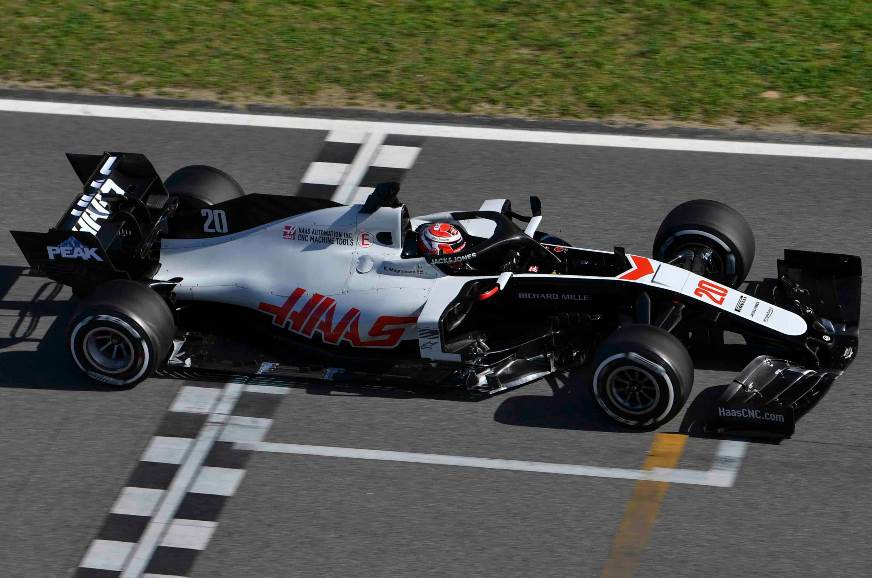 2019 marked a significant downturn in performance for Haas; the American team went from finishing 5th overall in 2018, to dropping all the way down to 9th place last year. While all of its struggles – both on track and off – made for interesting documentary viewing (as some of you Formula 1: Drive to Survive fans may agree), Haas will certainly be hoping that it can turn things around in 2020.

The team set the slowest lap time and recoded the fewest number of laps during pre-season testing, but team principal Guenther Steiner maintains that it has learned a lot. Team owner Gene Haas has suggested that he’s waiting to see how this season starts off before making a decision about Haas’ future in F1. So the team certainly has a lot riding on this season, and an unchanged driver line-up should at least help it in terms of consistency. 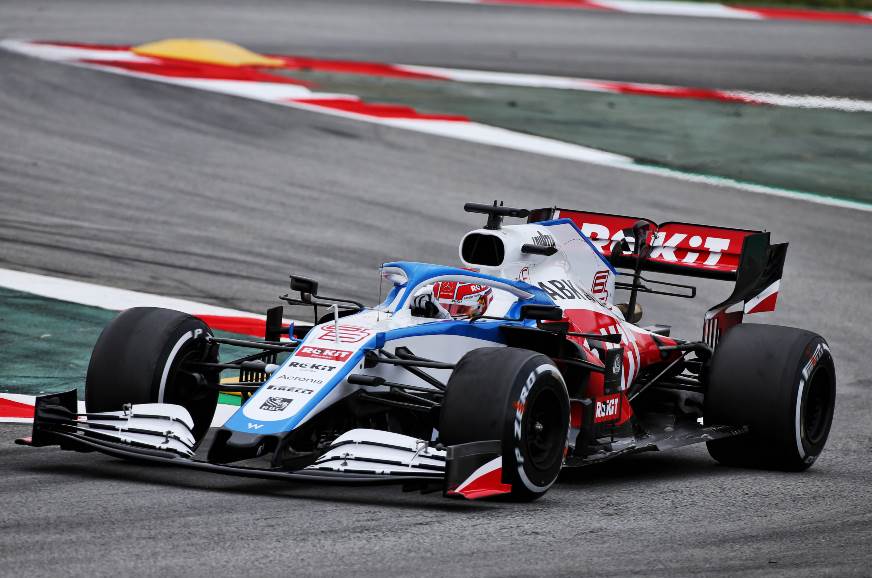 Keen F1 enthusiasts will remember Williams’ disastrous pre-season test in 2019, where the car wasn’t even ready until Day 3. But it looks like 2020 is going to be a far more encouraging year for the team.

With Robert Kubica stepping aside, George Russell will now step up to the role of lead driver alongside rookie Nicholas Latifi. Both drivers have expressed that the new FW43 feels like it’s a step forward in the right direction. In fact, Latifi’s best time of 1mins 17.313sec is over eight-tenths faster than Williams’ best lap time in 2019. However, while its pre-season form certain bodes well for the team, it would only be realistic to assume that Williams is yet going to be the slowest car on the grid.

After reporting a GBP 13 million loss for 2019, Williams announced that it is considering selling all or part of the company. However, the British team has reiterated that it's ready to resume racing in 2020 and believes the upcoming rules changes should play into its favour.