Bandyopadhay, Jhabakh and Mohite each won a race in Round 2 of the 2018 Volkswagen Ameo Cup. 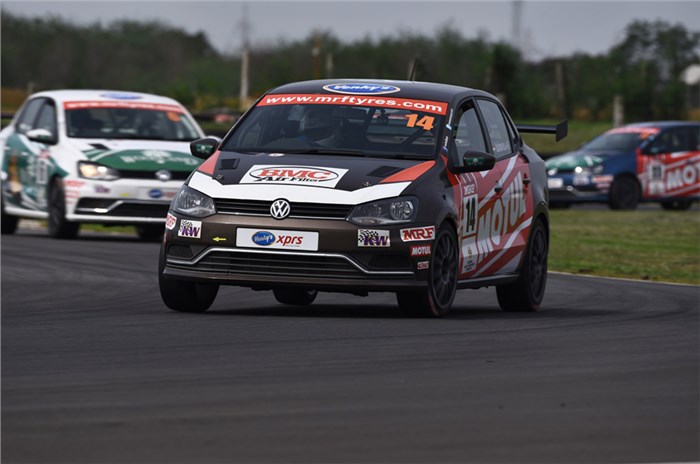 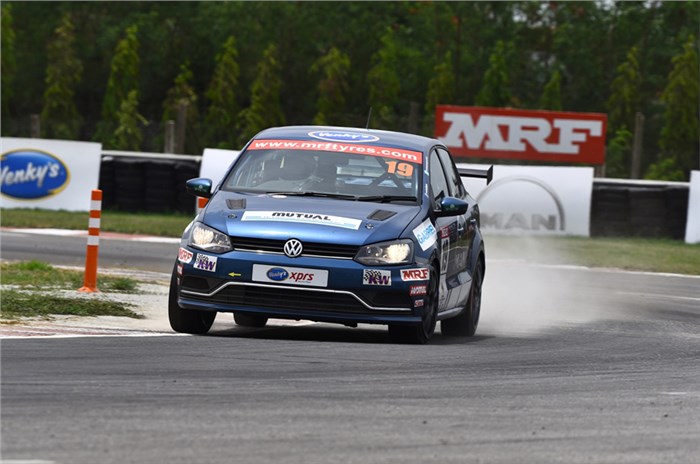 Round 2 of the 2018 Volkswagen Ameo Cup saw the one-make series head to the Madras Motor Race Track in Chennai.

After winning both races in the opening round, Dhruv Mohite kicked off Round 2 on a high note by grabbing pole position for the first race. Saurav Bandyopadhay slotted into second place, followed by Anmol Singh Sahil and Shubomoy Ball. But Mohite couldn’t hold on to the race lead for long, with Bandyopadhay overtaking him on the very first lap after making a quick getaway off the line.

Bandyopadhay held on to the lead for the rest of the race and claimed victory in the first race of the weekend. There was plenty of action behind the front row as well. Starting from fourth on the grid, Ball made a better start than Sahil, but the latter was able to regain third place on the second lap. He then set his sights on Mohite, ultimately passing him for second place on the last lap of the race.

With the reverse grid applying for the second race of the weekend, Siddharth Mehdiratta was on pole ahead of Tuhid Anwar and Jeet Jhabakh. However, a miscommunication between Mehdiratta and the race stewards resulted in the race being delayed due to which he had to start from the pit lane. Jhabakh assumed the race lead from Anwar on the second lap, a lead that he managed to hold on to until the end of the race. Anwar, meanwhile, completed the race in seventh place.

It was a tense battle for second place with Sahil and Bandyopadhay trading places on the fifth lap, but Sahil ultimately triumphed and held on to second place.

Bandyopadhay started the last race of Round 2 from pole, followed by Mohite, Anmol and Ball – with the grid positions based on the second-best qualifying times achieved by the drivers on Friday. Mohite took advantage of a slow-starting Bandyopadhay to grab the race lead into the first corner and went on to clinch victory and collect some crucial points after a retirement in the second race.

The final race saw its fair share of action, including a safety car deployment on the first lap following an incident with Anuranjan Velmurugan and Arefeen Ahmed. Jhabakh gained a number of positions through the race and finished in second place, with Sahil completing the podium – completing a hat trick of podium finishes for the driver.

Round 3 of the 2018 Volkswagen Ameo Cup will be held at Madras Motor Race Track in Chennai in August, followed by the Round 4 at the Buddh International Circuit in October.