Mohite tops the standings after taking two back-to-back race victories in Round 1 of the 2018 Volkswagen Ameo Cup. 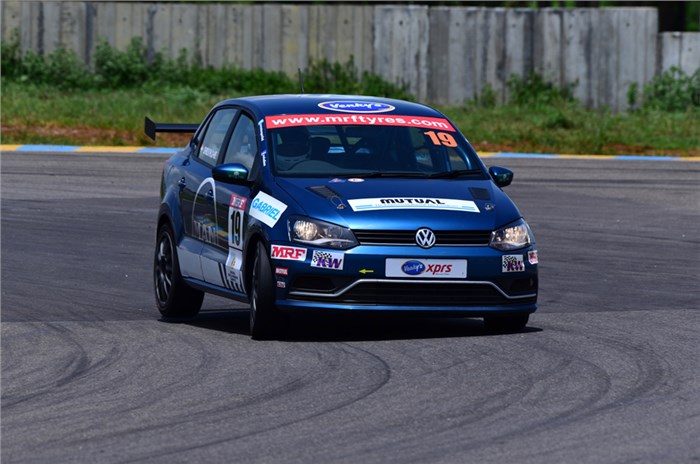 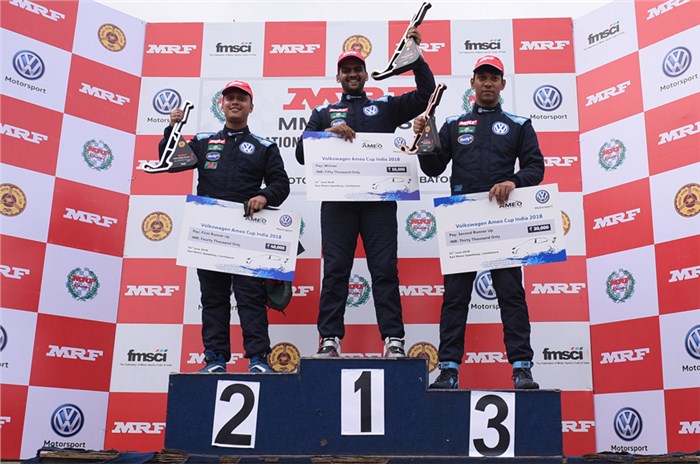 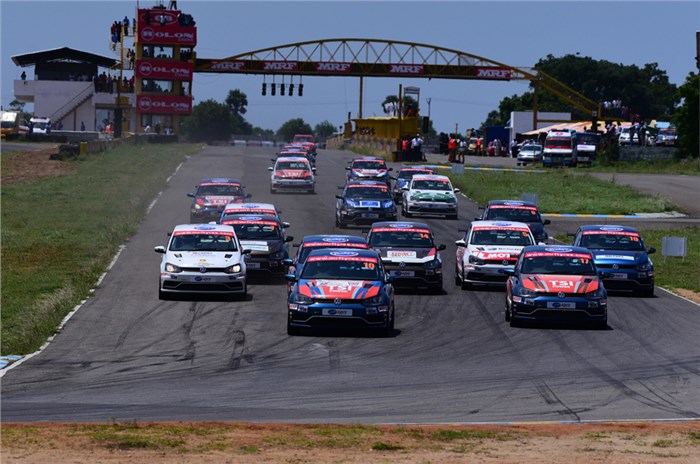 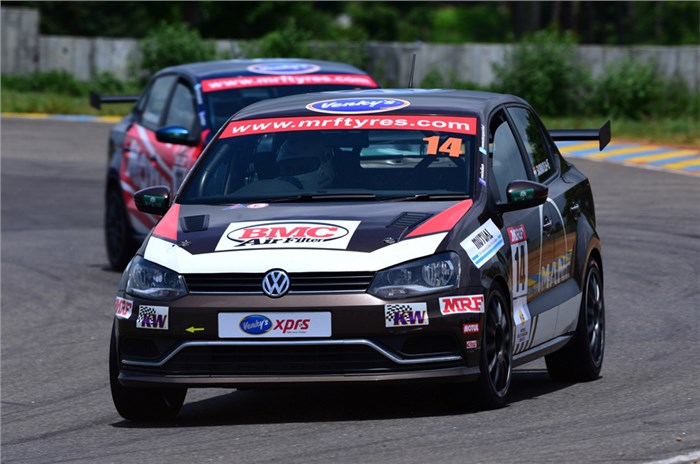 Dhruv Mohite topped off a successful opening round of the 2018 Volkswagen Ameo Cup by clinching victory yet again in the second race of the weekend. Mohite walks away from Round 1 of the one-make series with the maximum possible points, having won the first race too.

With the top eight having to start in reverse grid for Race 2, it was Shivani Pruthvi - one of two women on the 2018 grid - who started on pole, followed by Akshay Bhivshet and Shubhomoy Ball. Mohite, meanwhile, had to start the race from eighth. However, he made quick work of the cars ahead and acquired the lead position after just four laps.

Affan Sadat Safwan Islam climbed his way up to second on the first lap after starting from fourth on the grid, but was under constant pressure from Saurav Bandyopadhyay for the position. But Islam managed to hold on to second place, while Bandyopadhyay secured the final podium spot.

The race saw its fare share of action and was red flagged on lap six after Manoj Yanamdala suffered a major accident. Soon after the re-start, the safety car was deployed after Ayush Tainwala went into the gravel halfway into turn 1.

The second and third round of Volkswagen Ameo Cup 2018 will be held at the Madras Motor Race Track in July and August respectively, followed by the fourth round at Buddh International Circuit, Greater Noida in October.