The former head of Nissan and Renault is wanted for over €15 million of suspect payments. 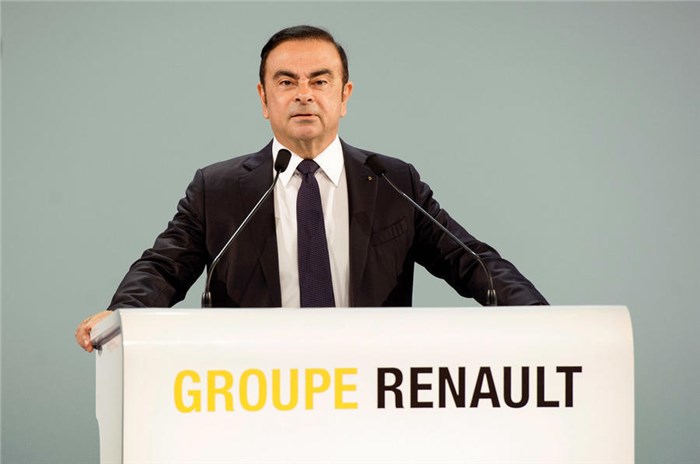 France has issued an international arrest warrant for Carlos Ghosn, the disgraced former head of Nissan and Renault. Authorities have issued the warrant against Ghosn and four other individuals for over €15 million (around Rs 122.46 crore) in potentially suspect payments linked to a car distributor in Oman. Speaking to BBC, Ghosn said he was “surprised” by the news.

As first reported by the Wall Street Journal, a French magistrate investigating the case alleges that Ghosn funnelled Renault funds into Suhail Bahwan Automobiles. Reports add that he used the money to buy personal items, such as a 120-feet yacht.

Ghosn, who holds French, Lebanese and Brazilian nationalities, can't be extradited from his home in Beirut, as Lebanon doesn't have an extradition policy in place with France. His lawyer, Jean Tamalet at King and Spalding, told BBC that the arrest warrant is part of an investigation that has been going on for “some time”.

The four other warrants are related to current owners and former directors of Suhail Bahwan Automobiles.

Back in 2019, Ghosn fled from Japan to Lebanon, after being detained on financial misconduct charges relating to his time running Nissan. At the time, he was being held under house arrest. As reported, his outlandish escape included being smuggled onto a private plane inside a musical instrument case. Following his escape, he said he took the “huge risk” because he wanted to fight injustice.

Ghosn continued to proclaim his innocence during interviews with media outlets, saying that the charges were brought by Nissan executives in order to stop him from potentially pushing through a full merger with Renault.

He said that they wanted “to put me completely out of the picture; that meant putting me in jail”. He added, “Japan has become nationalistic. There was talk about the ‘re-Japanisation’ of Nissan.”

This was rebutted by Nissan, which back in 2020 told The Sunday Times that it had “carried out a robust and thorough internal investigation that included external lawyers”, uncovering “substantial and convincing evidence” that Ghosn had “intentionally committed serious misconduct”.

A brief history of the Carlos Ghosn case

In November 2018, Ghosn was arrested by the Japanese authorities, having been accused of under-reporting his salary and using company assets for personal use. He was released by the authorities only to be arrested again in December 2018. Once in custody again, Ghosn’s release from prison was delayed multiple times, before being released on bail in March 2019. Though, the bail was short lived as the former CEO was re-arrested in April 2019 on fresh charges of financial misconduct. After living under house arrest for the next few months, Carlos Ghosn fled Japan on December 31, 2019. Since then, he has been residing in Lebanon, where he is currently receiving asylum.