With styling tweaks, upmarket interiors and additional power, Mahindra has upped the premium quotient of the XUV500. 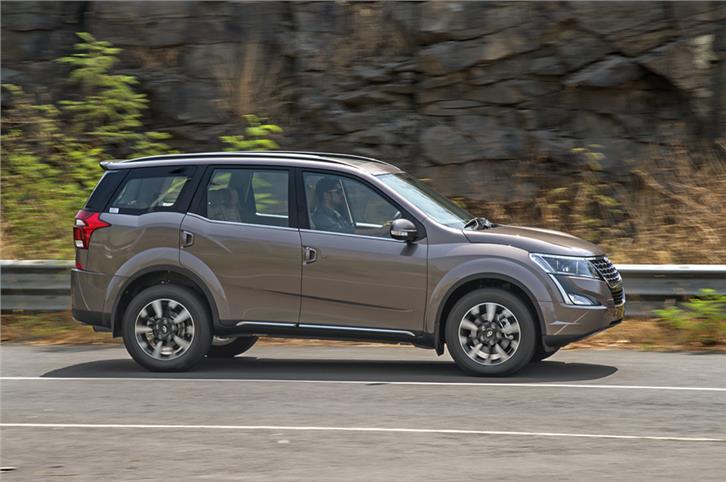 The chrome strip on the doors and roof rail design are new, but can easily be missed on first glance. 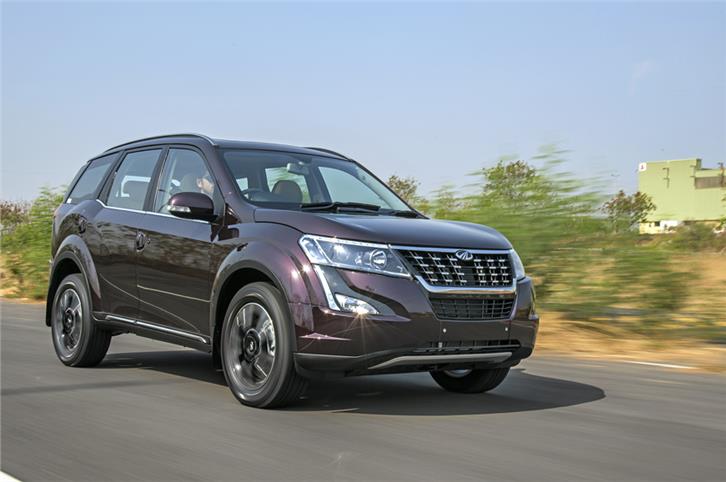 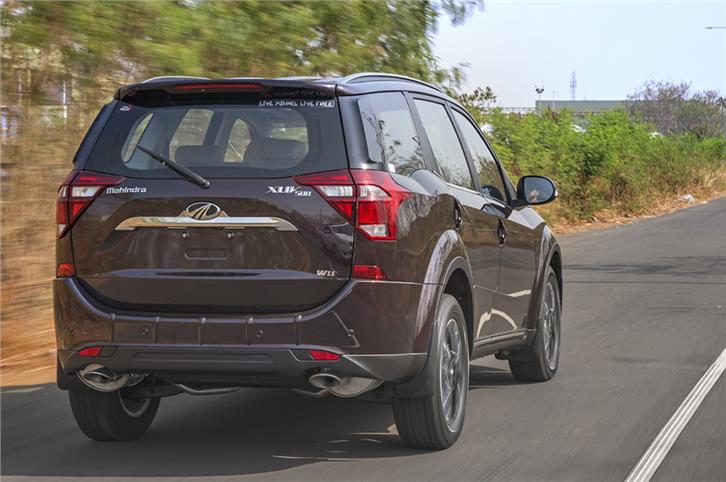 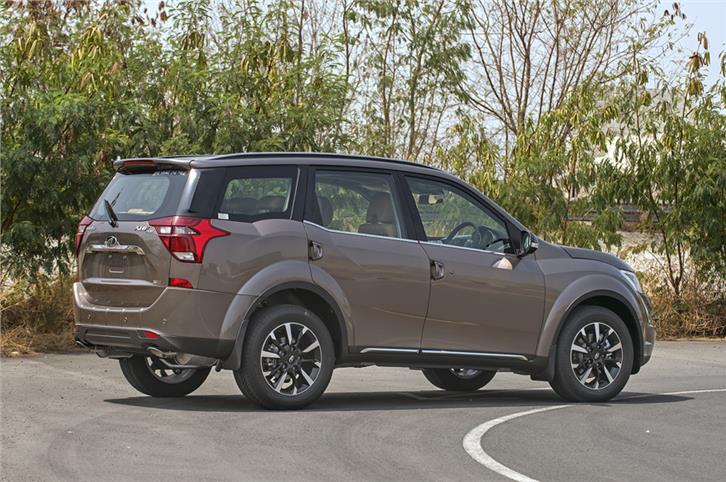 The spoiler is new and a lot more prominent than before.

What is it?
The game-changing Mahindra XUV500 was launched seven years ago and it took the market by storm because of the sheer value it brought to the table. Also, falling under a price segment populated with sedans worked in the SUV’s favour. The XUV500 has gone through many changes over the years, and, finally, it’s in this 2018 avatar that its premium appeal has gone up a few notches. The exteriors get some styling tweaks, interiors have been given an upmarket treatment and the engine gets a performance boost; all of this to keep the XUV500 fresh and competitive.

Between the 2015 facelift and this update, exterior changes are minor yet distinctive. The most prominent change is in the front grille, which gets chrome-studded and surrounded with gloss black sides and thick chrome. While the headlamps retain their basic shape, and also the projectors for low beam, the elements inside are different. The new LED DRL strip sitting atop the headlamps looks like an after-market addition, and the chrome in the fog lamp housing has been reshaped; the rest of the bumper remains unchanged. New, smart dual-tone 18-inch alloy wheels feature on the top W11 (O) variant and these fill the wheel wells very nicely. There’s even a chrome strip on the doors and new roof rails, but these are far too subtle and can be easily missed. With this facelift, it’s the rear that’s received the biggest change. It’s got a redefined tailgate, new tail-lamps and a new roof spoiler, all of which gives the XUV500 a more tame, MPV-like appearance.

What is it like inside?
The interiors of the W11 (O) variant are all black with quilted tan-leather seat upholstery, which look very upmarket. While the seats look very nice, their fitting is shoddy and feel like an after-market fitment. It is also not very comfy to sit on as you can feel the three vertical foam strips (shaped below the quilting) against your back, quite distinctly. The centre console gets a new piano-black finish with brushed-silver highlights. Plastics on the dash and door sills now have a nice, soft feel to them, and there are faux-leather inserts with contrasting stitching on the dashboard top.

What’s nice is that the XUV500 is still well-equipped and comes with kit such as a sunroof, auto headlamps and wipers, touchscreen with navigation, Android Auto, reversing camera, six airbags and ESP. But, this time around, the audio experience is tweaked by Arkamys and the location of the tweeters has been changed. With the BlueSense app, users can sync the infotainment to an Android or Apple smartwatch, which allows them to control the audio, climate control and view information like tyre pressure. Given the screen size of a watch, this function seems more party trick than useful.

What’s it like to drive?
The XUV500 never lacked in terms of performance, but Mahindra has given the latest iteration a bump in power. The 2.2-litre diesel engine now makes 155hp and 360Nm of torque – an increase of 15hp and 30Nm over the previous version. The variable geometry turbocharger is now electronically controlled, whereas the earlier one was vacuum controlled. The engine’s response low down the rev range has improved a bit, and boost comes in gently at around 1,400rpm and builds nicely from 1,800rpm. This engine pulls very strongly until 4,000rpm, beyond which progress is slow. Mated to the engine is the six-speed manual gearbox, which, like before, is notchy with long throws and transmits power to the front wheels.

What’s nice is that, since the 2015 update, the XUV500 puts the power down to the front wheels much better now, and despite the increase in power, this 2018 facelift doesn’t pull hither and thither under hard acceleration in lower gears.

There’s also a six-speed automatic transmission on offer that can either drive the front wheels or all four wheels, and the initial response of this gearbox seems to have improved slightly.

There haven’t been any noticeable changes to the suspension and it still rides like before, despite the large 18-inch wheels. It’s a bit crashy over sharp bumps, but the 235/60 profile tyres smothers smaller imperfections. Body roll is well-controlled too.

Should I buy one?
With this facelift, Mahindra has added a good dose of freshness to the XUV500. The new W11 (O) MT variant is around Rs 4,000 cheaper than the previous W10 FWD MT variant; so Mahindra has really upped its value game by offering more for less. However, at Rs 19.05 lakh, the range-topping W11 (O) AWD automatic is just too expensive.

What this 2018 update gives you is a more luxurious experience on the inside, and an even better performance. The Mahindra XUV500 may not match the Hyundai Creta’s levels of sophistication, but look at it in isolation, and you’ll see that its laundry list of features and ability to seat seven makes it an appealing proposition.