A drastic departure over its predecessor. 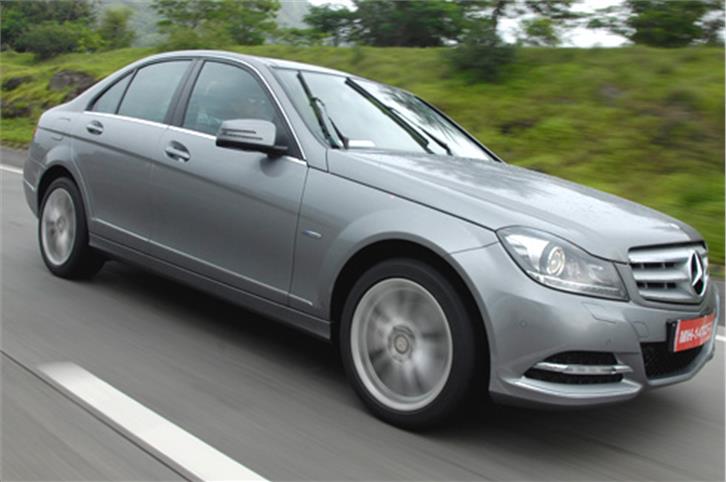 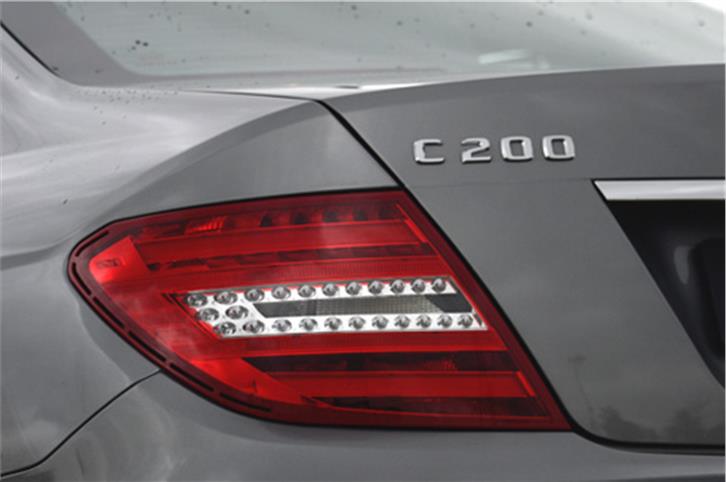 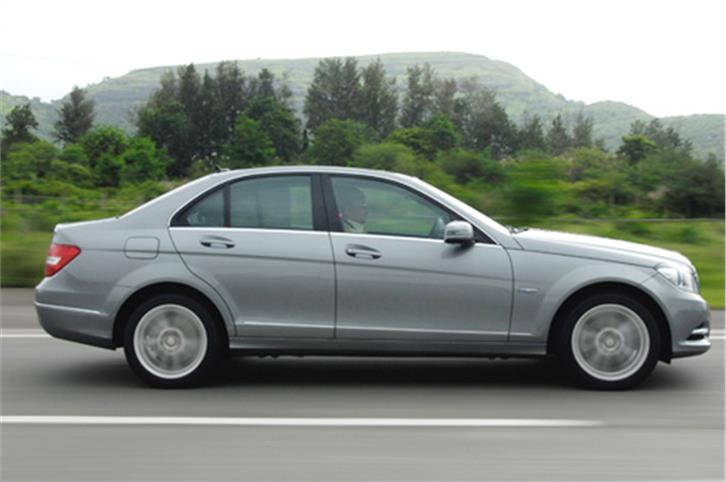 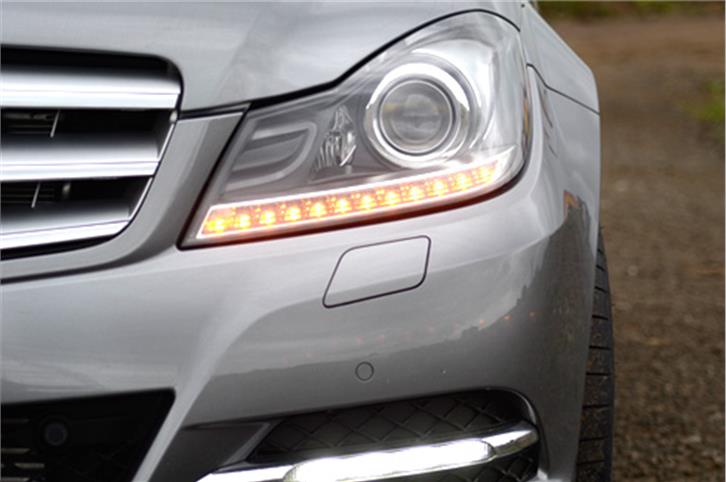 At its debut in 2007, the third-generation C-class packaged traditional Mercedes priorities of comfort and luxury in an aggressive and sporty package. And now in 2011, the new C200 CGI takes a more modernized approach while sticking to Mercedes’ traditional guns.

The face-lifted ‘C’ is a drastic departure over its predecessor. The new L-shaped headlamps and SL-inspired new lenses add a touch of drama to the car’s front. The car now sports LED turn indicators and a strip that spans the entire width of the headlamp at the bottom. The new bumper borrows design cues from the E-class. The LED daytime running lights, sitting on a horizontal band, where the fog-lamps would normally be, look great. Look further on and you can see more bits borrowed straight from the E-class – the new, bigger rearview mirrors and the 17-inch tyres. The tail-lamps have been tweaked with LEDs too. It also features increased use of aluminium, saving 9.2kg on the bonnet and more on the front wings and the doors.

On the C-class’ inside, Mercedes has opted for a more miniaturised E-class dash in place of the previous sturdy dash design. The LED screen on the dash is now of a higher resolution but controls only a handful of car settings like Bluetooth and music system. The C-class now gets a high-res LCD display which controls ESP and Park Assist functions. The car’s dimensions haven’t changed, so passenger space remains as good or as tight as before.

Merc’s direct-injection M271 EVO 1.8-litre turbocharged motor in the C200 felt sprightlier than expected. While power and torque remain the same, it’s the gearbox that makes the real difference. The C-class now uses the latest 7G-Tronic Plus automatic gearbox which has resulted in greater efficiency and improved responsiveness.

In Efficiency mode, the gearbox shifts up gears quickly to allow the ‘C’ to cruise while keeping the engine revs low. The ‘C’ will hesitate if the accelerator is jabbed suddenly in this mod. However, when you switch over to the Sport mode, the gearbox feels much more aggressive. The engine is a bit audible and you can hear a rasp and a whine at the rev limit.

The C-class is not very confidence inspiring at cornering and lacks pin-sharp feel and commitment. However, the fluid hydraulic steering offers a magical blend of feedback and low effort. The suspension offers sublime ride quality and remains flat even at high speeds. Except for a little stiffness at low speeds, ride comfort is fantastic.

Traditional Mercedes’ strengths of comfort and build quality remain at the core of the new C-class. An updated gearbox complements the responsive motor. Obvious performance gains aside, we expect efficiency to increase as well. Now, even though the new C-class doesn’t behave as sporty as its looks suggest, in our books it has never before felt as young, cool or deeply impressive as this.