VW Virtus world premiere in India on March 8, launch in May

VW Virtus facelift to make its world debut on March 8 in India, which will be the first global market for the updated sedan. 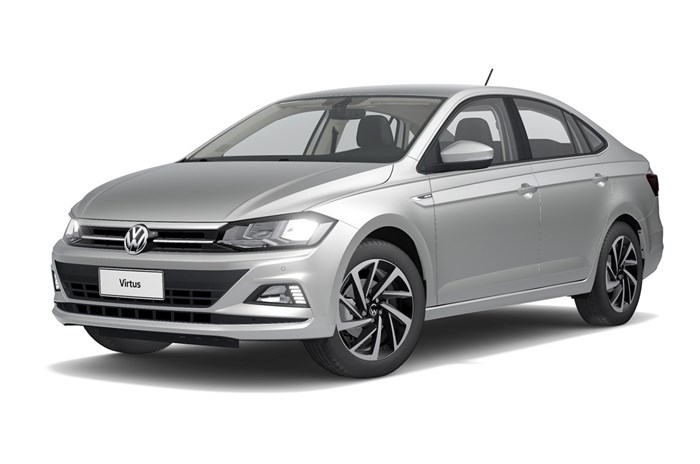 The Volkswagen Virtus is the German brand’s big India launch for 2022 – a midsize sedan that will finally replace the 12-year-old Vento. Despite potential delays due to the pandemic, we can now confirm that the VW Virtus launch schedule is on track. The model, a facelift of the car already on sale in South America, will make its global debut in March 8, 2022, and will have its India launch in the second-half of May 2022.

In a recent interview, Ashish Gupta, brand director of Volkswagen India said, “We will be introducing and rounding up our portfolio with the introduction of a new global sedan, which will world premiere in early March and then the model introduction in the third week of May.”

While the VW Virtus sedan has been on sale in many South American markets since 2018, it is due for a facelift, and that is the model that will make its global debut in India. It will also go on sale to Indian customers first, after which launches in South America and other markets will follow.

Expect the VW Virtus facelift to get the usual set of cosmetic changes on the outside – revised bumpers, grille, headlamps and alloy wheels, as well as new and updated equipment on the inside. For reference, the Virtus is a much larger car than the Vento it will be replacing, and will likely have class-leading dimensions, interior and boot space when it goes on sale in India. In fact, a source tells us there were plans within the company to call this sedan the Jetta, given how much it has grown, but ultimately this was scrapped in favour of sticking with the global nomenclature.

Sedan segments at various price points have been losing out in popularity to SUVs over the years, and VW itself doesn’t expect Virtus sales to exceed those of the Taigun SUV. But Gupta remains confident of the model’s importance in the Volkswagen model range, and that it will offer buyers some much-needed variety in a sea of SUVs.

“Because of the demand of personal mobility, additional purchases are happening in families,” he says. “When you are doing an additional purchase of a car, you would typically look at one or two different body styles in your stable. With the new global sedan, we are providing an option to the customer.”

Volkswagen Virtus: what else is new?

The India-spec sedan from Volkswagen will be underpinned by the same MQB A0-IN platform used by the VW Group’s ‘India 2.0’ models – the VW Taigun, Skoda Kushaq and the upcoming Skoda Slavia sedan, which will launch before the Virtus.

As a sister-model to the Slavia, the Virtus will share not just its platform, powertrains and mechanicals, but also most of its body panels, various interior components and switchgear, its seats, and likely even the dashboard. Volkswagen brand-specific interior features, however, will also be present to set it apart from its Czech cousin, like the steering wheel, upholstery colour and more.

Skoda and Volkswagen used equipment and features as another point of differentiation between the Kushaq and Taigun, so expect that to be the case here. The VW Virtus’ features list will likely mimic that of the Taigun SUV, which means a 10.0-inch touchscreen infotainment system, a digital instrument cluster, wireless phone charging, connected car tech, leatherette upholstery, a sunroof, keyless entry and go, auto headlamps and wipers, a tyre-pressure monitor, LED headlamps, automatic climate control, six airbags, and much more in top-spec guise.

Much like the Taigun, Kushaq and Slavia, the Volkswagen Virtus sedan for India will come with two petrol engine options – a 115hp, 1.0 TSI three-cylinder turbo engine and a 150hp, 250Nm, 1.5 TSI four-cylinder turbo engine. The 1.0 TSI will likely be available with a 6-speed manual and a 6-speed torque converter automatic transmission, while the 1.5 TSI is expected to come with a 7-speed DSG automatic gearbox and a 6-speed manual.

As with the Taigun, VW could even split the Virtus model range into standard and GT Line variants, the latter offering slightly different equipment and sportier styling accents on the more powerful powertrains. As with all VW Group products, including its key rival and sister car, the Skoda Slavia, there will be no diesel engine on offer, which might put it at a minor disadvantage compared to competitors like the Honda City and Hyundai Verna.