The 765LT continues to use the 4.0-litre twin-turbo V8 petrol and is the lighter, more powerful, track-oriented version of the 720S. Only 765 units will be produced globally. 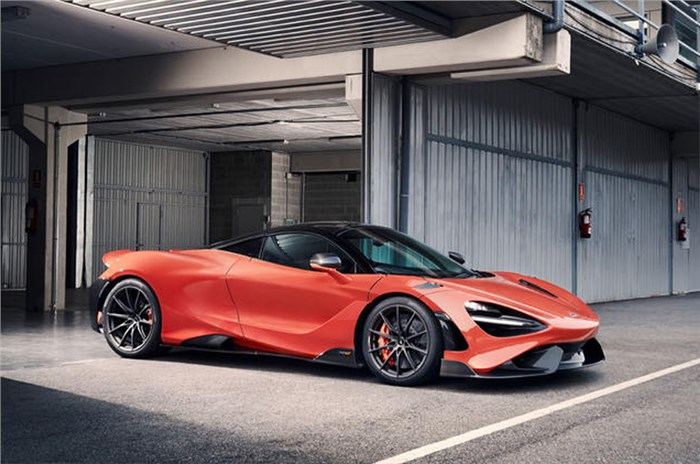 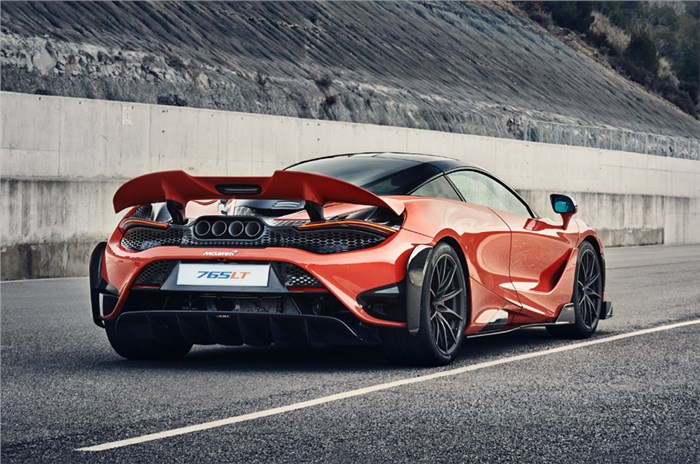 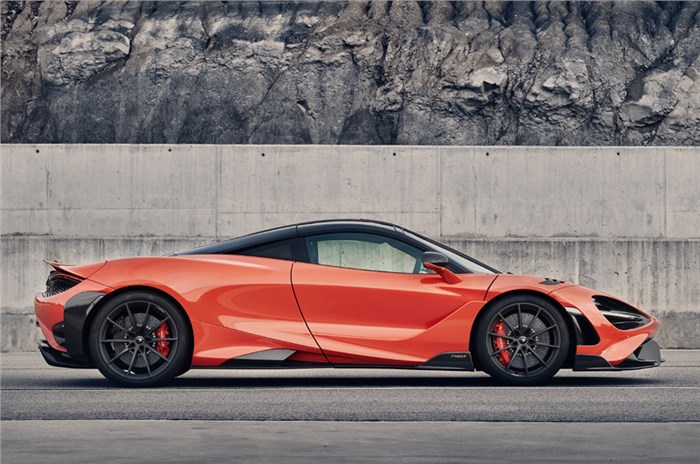 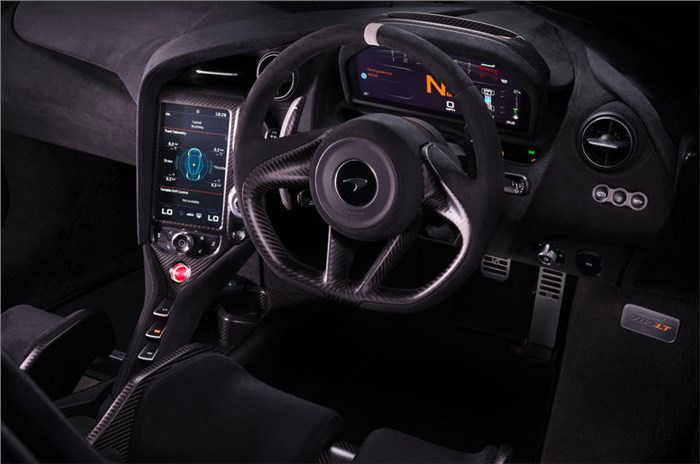 The McLaren 765LT is an all-new Super Series flagship – the firm’s fourth ‘track-focused’ Longtail model; and an even lighter, sharper and faster version of the 720S that it launched at the Geneva motor show three years ago. The British performance carmaker will only produce 765 units of the model, globally

The 765LT shaves an impressive 80kg from the 720S’ kerb weight, leaving it at a class-leading 1,229kg. As with the three previous LT models, McLaren lists the car's standout properties to comprise enhanced driver engagement, minimised weight, track-focused dynamics, refined aerodynamics, increased power and rarity; and once again its creation has entailed “hundreds of detailed engineering and design changes.”

McLaren’s familiar mid-mounted twin-turbocharged 4.0-litre V8 engine gets stronger, lighter forged aluminium pistons and a three-layer head gasket from the Senna. These – in addition to a higher-flow fuel system, a recalibrated ECU and a lower-back-pressure exhaust system – lift power from 720hp to 765hp and boost torque from 770Nm to 800Nm.

These enhancements, along with a lowering of the overall gearing, have resulted in 15 percent quicker in-gear acceleration, placing the 765LT ahead of its rivals. McLaren quotes 0-100kph acceleration of 2.8sec and a 0-200kph time of 7.2sec; the latter figure puts the 765LT 0.4sec ahead of the Ferrari 488 Pista and a clear 1sec ahead of the Porsche 911 GT2 RS.

Even more impressive is the fact that engineers say the 765LT’s lap time at “a reference track” undercuts that of the 720S by about 2.5sec, and that its braking distance from 201kph to a standstill is 110m – almost identical to the Senna. That’s small wonder, given that the 765LT’s carbon-ceramic discs and pads are shared with the Senna and its nose incorporates Formula 1-style caliper cooling ducts that cut pad temperatures by 50deg C.

The 765LT is clearly related to the 720S in its overall styling but considerably different in detail, mostly because of a comprehensive new set of aerodynamic parts to boost downforce and high-speed stability.

This is the first car to use carbon-fibre components sourced from McLaren’s new composite factory near Sheffield. These include the front floor, front and rear bumper, ‘Longtail’ active rear spoiler, splitter, side skirts and lengthened diffuser.

However, in this model’s case, the term ‘Longtail’ is only just correct. Its new rear bodywork features an exquisitely designed suite of four side-by-side titanium exhaust outlets (newly tuned for a “searing” soundtrack) but its rear overhang is only about 10mm greater than that of the 720S. The increase in the front overhang (40mm) is greater, due to the highly effective new splitter.

New brakes and tyres are joined by revised suspension. This uses lighter, single-rate springs with helpers and is stiffer (both, front and rear) than that of 2015’s 675LT – regarded by experts as the 765LT’s most direct and distinguished predecessor.

Engineers say their biggest headache was shaving another 80kg from the 720S, already the lightest car in its class. At launch, they issued a long list of ‘wins’, the greatest of which was cutting 22kg by switching to ultra-light forged alloy wheels with titanium bolts. Race-spec seats save 18kg, deleting the air conditioning and incorporating lighter carbon-fibre panels shaves off 10kg and 14.3kg, respectively. Even the new coil springs save another 1.5kg.