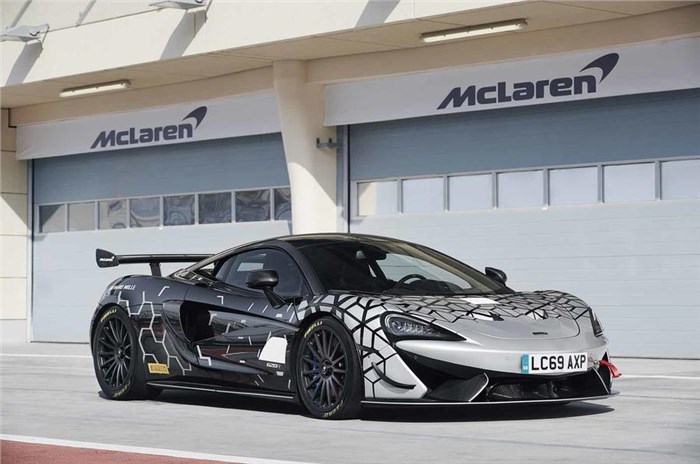 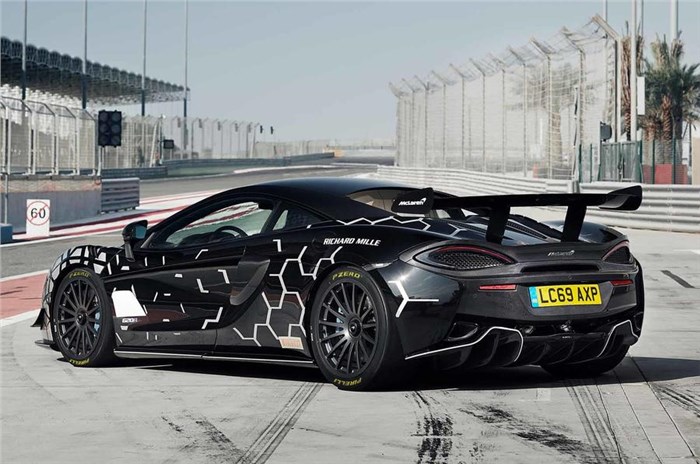 McLaren has announced a track-focused but road-ready variant for its Sports Series line-up, called the 620R. Set to go into limited production early next year, only 350 examples of the 620R will be produced, with each car getting a numbered plaque on the dash.

Described as “a road-legal version of a race car”, the 620R shares much of its chassis and aerodynamic hardware with the 570S GT4 racer. The latter point has allowed the Woking brand to make the 620R the fastest Sports Series model yet. Where the GT4 sees the 3.8-litre twin-turbo V8 engine’s power cut to 425hp (from 570hp of the 570S), the 620R makes, as its name suggests, 620hp. Torque is rated at 620Nm.

Of course, the racing pedigree goes beyond raw straight-line pace. The 620R gets the GT4 car’s two-way manually adjustable coil-over system, which features 32 clicks of adjustment for rebound and compression rates. The dampers themselves are 6kg lighter than the standard units. It also gets stiffer springs and anti-roll bars, and solid stainless steel top mounts for, McLaren claims, greatly improved control and feedback.

The 620R has been engineered to run on slick tyres without any adjustment. It’s delivered from the factory with Pirelli Trofeo R semi-slick tyres, with an optional full slick set specially developed for McLaren. Braking is taken care of by a carbon-ceramic setup.

Aero is a significant part of the 620R’s appeal over the standard Sports Series models. It gets the same adjustable carbon wing as the GT4 (with a third brake light to make it road-legal); it can be set to more significant angles of attack allowing for up to 185kg of downforce. The new car also features a redesigned front bumper, splitter and bonnet that all improve airflow, along with dive planes on the front wings.

A pared-back cabin has items like the carpet, glovebox, air-con, navigation and audio system junked to help keep the weight down, but they can be installed at no extra cost. The touchscreen is retained and features a track telemetry system (with an optional three-camera setup), while lightweight carbon racing seats get six-point harnesses as standard. Door pull straps, along with carbon shift paddles, steering wheel spokes and centre console, enhance the race-spec feel.

Three exterior colour schemes are offered – orange with white racing stripes, white or black with orange stripes. A number of racing decals are optional, along with configurable colour and trim options and the full range of MSO personalisation. The car pictured here features a decal livery inspired by the Senna GTR.