Leaked images of Hilux reveal a heavily revised front fascia with styling now in line with the company’s new SUVs. 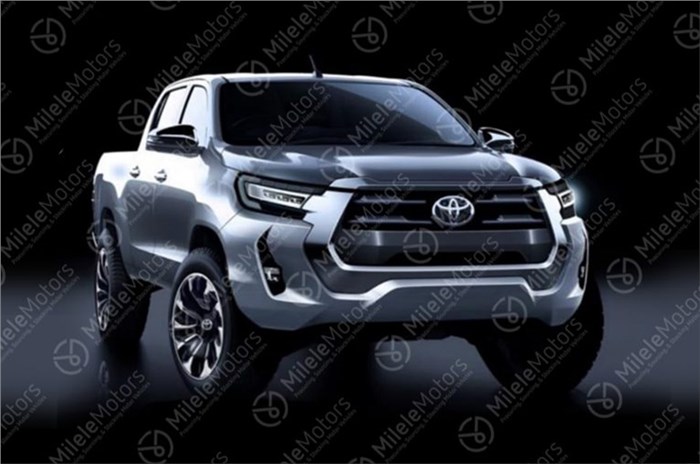 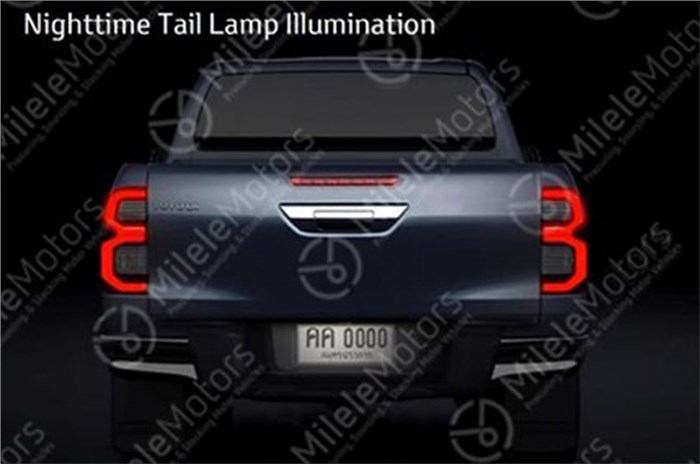 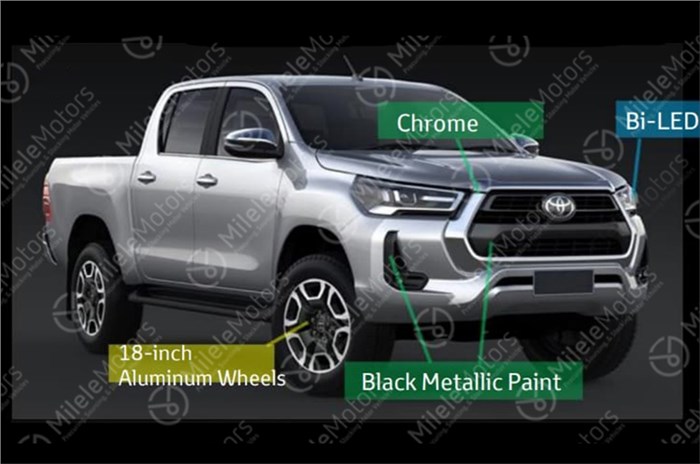 Images depicting the upcoming mid-cycle refresh of the Toyota Hilux pick-up have leaked online. The images, showing two different variants, reveal that the facelifted pick-up’s styling will be in line with some of Toyota’s other new global SUVs.

Up front, the trapezoidal grille is now more prominent, with the outer edges either finished in chrome of paint depending on the variant. Flanking the grille are new headlamps featuring either LED projector or halogen lighting elements subject to the variant. The front bumper is new, with a prominent skid-plate element and 'L'-shaped faux vents on either side adding to the new more muscular look.

Down the side, little is different between the facelift and the outgoing pickup, save for new design wheels.

Around the back, the Hilux pick-up gets revised tail-lights with ‘E’-shaped LED elements bracketing the tailgate. The tailgate and rear bumper are carried over unchanged.

While the images only revealed the exterior of the pick-up, the cabin too is expected to feature changes along with the inclusion of new technologies from other Toyota models.

Under the hood, expect the company to tweak the existing petrol and diesel engines, and  offer the option of two- and four-wheel drive.

Coming to India, while Toyota has no plans to bring the Hilux here, it does currently sell the Hilux’s three-row SUV cousin, the Fortuner here. The company is currently readying a facelift for the SUV in global markets with an India launch expected to follow after the model’s international debut later this year.