The Toyota SUVs reached the milestone in just under a month from launch. 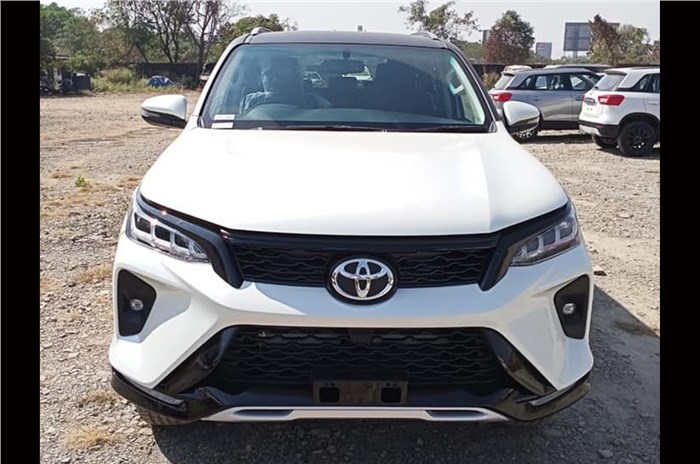 Toyota has announced that bookings for the facelifted Fortuner SUV have crossed the 5,000 mark. Available in two trim levels, prices for the updated Ford Endeavour rival start at Rs 29.98 lakh and go up to Rs 37.58 lakh for the range-topping Legender version. (ex-showroom, India).

After the launch on January 6, bookings for the Fortuner facelift and Legender crossed the 5,000 mark in just under a month. Toyota claims that the Fortuner has over 53 percent segment share, that is likely to increase further with the launch of the Legender.

Commenting on reaching the milestone, Mr. Naveen Soni, Senior Vice President, Toyota, said, “We are humbled and touched by the continued faith of our loyal customers in brand Toyota. The sheer number of enquiries and bookings for both the Fortuner and Legender reiterate our belief in the customer-first approach. Both the SUVs were created purely based on customer feedback thus helping us garner a good response. We are working hard to ensure the quickest possible delivery time so that our customers can experience India’s most admired SUV at the earliest.”

The Toyota Fortuner facelift is available with a 2.7-litre petrol engine which makes 166hp and 245Nm of torque and can be had with either a 5-speed manual or a 6-speed automatic gearbox.

The 2.8-litre diesel unit has been carried over from the outgoing model but, it now makes 204hp, and while it produces the same 420Nm of torque as before when paired with the 6-speed manual, it produces an impressive 500Nm of torque in the Fortuner automatic, which gets a 6-speed torque convertor unit.

The Japanese manufacturer became the world’s top-selling carmaker in 2020, reclaiming the title from Volkswagen after five years. Toyota sold 9.528 million vehicles in 2020, while VW retailed 9.305 million in the year.