Following the recently launched Fortuner facelift, the all new model will likely premiere by next year and bring in a host of changes. 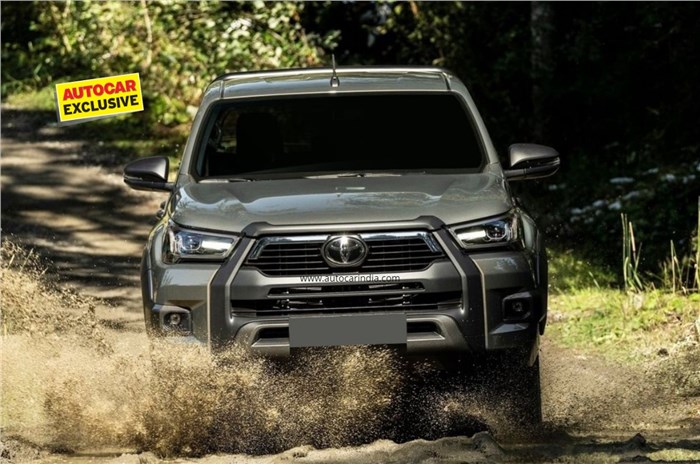 The Toyota Fortuner may just have been updated in its current, second-gen avatar for our market, but we can already reveal the tentative timeline for the third-gen model. The all new Toyota Fortuner will likely see the light of day by 2022. Commenting on the next-gen SUV, Yoshiki Konishi, chief engineer, Toyota Motor Corporation, told Autocar India in an exclusive interview, “We’ll launch it next year.”

The next-gen Fortuner will feature a revised electronic and electrical (E/E) architecture with numerous upgrades. First off, the upcoming SUV will ditch the current model’s hydraulic power steering. “In the near future, we would like to introduce EPS (electric power steering), which will make the vehicle easier to drive,” said Konishi. However, he added, “If we introduce EPS, we will need a big change in the electronic platform.”

While EPS has the potential to make driving less of a chore in town, it will be interesting to see how Toyota handles its calibration, especially compared to the direct-feeling, hydraulic unit of the current model.

“We will introduce electronically-controlled VSC (vehicle stability control) technology into the next Fortuner,” said the Toyota product head. While the existing model already comes equipped with VSC, the upcoming SUV is expected to provide a finer degree of control over the system to tackle varied terrains.

Connectivity is another area that will see a step up with the generational update. Commenting on the topic, Konishi mentioned, “We are on the way to introduce connectivity features step by step.” He added, “The next generation of the Fortuner will have some additional items. It will have (greater) digitisation and ADAS.”

Notably, the second-gen Fortuner misses out on any kind of ADAS (advanced driver assistance system) functions for India. However, it does come with radar-guided cruise control, pre-collision safety system and lane departure warning for international markets. The new Fortuner, then, can be expected to feature the active safety tech in India, with the Toyota chief engineer confirming that the SUV will come with ADAS functions “in the future”.

Notably, Fortuner’s rivals in our market, like the Ford Endeavour and MG Gloster, already feature some of the upcoming kit being touted by Toyota. For instance, both the competitors get an electric power steering, while the MG also boasts of ADAS.

While some automakers, like Land Rover (for the Defender), have found it best to switch to monocoque underpinnings for even their most hardy offerings, the Toyota chief engineer confirmed that the ladder-frame construction of the Fortuner will be maintained. He said, “The Fortune is built body-on-frame, which is one of its core concepts. We have no plan to change that.” Explaining the rationale, he added, “Customers who use the SUV off-road need the current body-on-frame (construction).”

Powertrains to be designed for hybrid tech

The facelifted second-gen Fortuner is available in India with a 166hp, 2.7-litre petrol and a 204hp, 2.8-litre diesel engine. There is also a 150hp, 2.4-litre diesel mill available with the SUV abroad.

In light of the ever tightening emission regulations, Toyota will need to offset the implications of heavy body-on-frame underpinnings on the next-gen Fortuner with improved powertrains. “We need to introduce high efficiency powertrains on our Fortuner, which depends on the region,” explained Konishi.

As such, the next-generation Fortuner’s powertrains can be expected to be engineered for some form of electrification. “At this time, a (pure) diesel powertrain is not the best. It’s difficult to meet regulations. So, we need to change from diesel to a diesel-plus-hybrid system, or also another powertrain,” said the product head.

Though he refused to comment on the specifics, he did add, “We have two types of hybrids – one is a strong hybrid and the second, a mild hybrid. So, these are one of our solutions.”