Toyota Corolla, Etios and Liva have been discontinued in India. Glanza is the carmaker’s most affordable model in India. Click for more details. 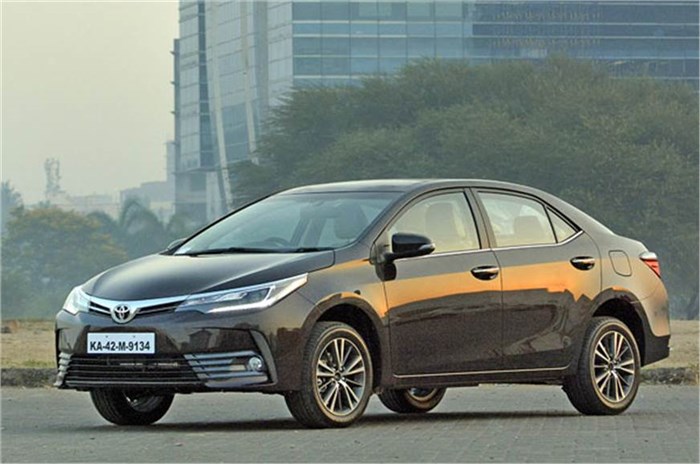 Toyota has announced that it has stopped sales of the Etios sedan, the Liva hatchback, the Etios Cross hatchback, and the Corolla in the Indian market. The announcement comes as the Indian automotive industry makes its move into the BS6 emissions era.

Developed for India, the Etios range was first unveiled at the 2010 Auto Expo. The Etios sedan went on sale in late 2010, and was followed by the Etios Liva (later renamed Liva) hatchback in mid-2011. The Etios Cross was added to the range in 2014. Toyota India reports that it sold 4,48,500 units of the Etios range in India until the end of its life-cycle and exported over 1.3 lakh units to other markets from India.

With the Etios range’s exit, the Maruti Baleno-based Glanza becomes Toyota’s most affordable model in India. The Glanza sold in steady numbers over the year, with about 25,000 units on Indian roads. And as per the arrangement between the two companies, Toyota is expected to receive more models from Maruti Suzuki in the future.

Additionally, Toyota has also stopped selling the Corolla Altis in India. The current-gen Corolla is being replaced by an all-new model globally but that won’t come to India. The model was also to get a Suzuki-badged version that was announced a few years ago, but the plan was dropped as sales of the executive sedan have been going downhill with more customers moving towards SUVs. Toyota sold 27,990 units of the Corolla from May 2014 to December 2019, which roughly translates to just around 418 units a month - the Japanese company reports that a total of 1,16,500 units of the Corolla Altis have been sold in the Indian market since the model first arrived. The low sales numbers mean Toyota does not have a viable enough case to bring the new Corolla to India. The executive sedan segment will only have the Hyundai Elantra and the Honda Civic until the next-gen Skoda Octavia comes to India by early 2020.

Speaking on the occasion Naveen Soni, Senior Vice President, Sales and Service, Toyota Kirloskar Motor said, "The month of March, 2020 witnessed the last batch production of the Etios series as well as the Corolla Altis, bringing an end to the iconic journeys both the models have enjoyed in India. A true representation of Toyota’s philosophy of offering Quality, Durability and Reliability, the launch of Etios in India was a significant landmark for us. Similarly, Corolla Altis also carved a niche for itself in the sedan segment. Both the models celebrated a successful run in the Indian market and it reflects in their sales performance."

Toyota and BYD joint venture to begin next month