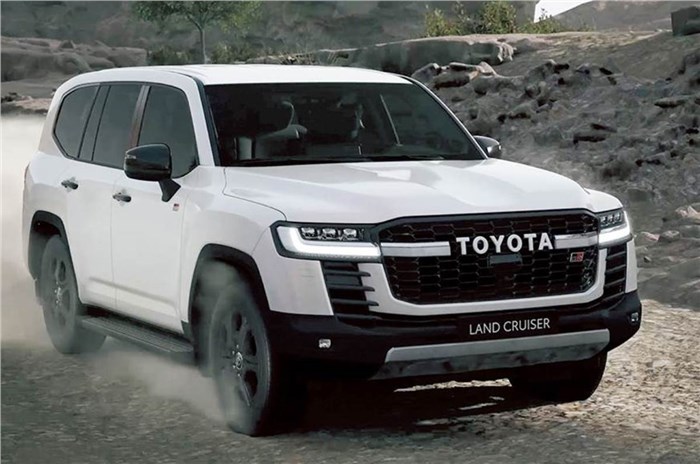 Toyota has imposed resale restrictions to prevent the new Land Cruiser from being sold in regions with security regulations.

The Toyota Land Cruiser LC300 debuted last month, marking the first major update to the SUV in 14 years. Packing mechanical and cosmetic improvements, the LC300 has garnered quite a lot of attention from prospective customers. However, the company is restricting the resale of the SUV, citing security issues.

The LC300 will go on sale in Japan early next month and the company is said to have already raked in a healthy order bank. It, however, has suspended orders that were made prior to the SUV’s Japanese domestic debut because some of the bookings were assumed to be for resale in markets abroad.

Moreover, Toyota is now making Japanese customers sign an agreement that the SUV is not meant for resale, effectively preventing them from selling it off for a certain period.

The company’s moves are aimed at preventing the LC300 from falling into the wrong hands.

The automaker has given an official statement to a local magazine on the issue.

"The Land Cruiser is particularly popular overseas, and we are concerned about the flow of vehicles from Japan to overseas immediately after their release, as well as the possibility of them being exported to certain regions where security regulations are in place," said the company.

Toyota seems to be cognizant of its vehicles, particularly the Land Cruiser SUV and the Hilux pick-up, being used by militants in regions of conflict in the past, and wants to avoid a similar situation for its new model.

“We recognize that each dealer has made a decision from the perspective of legal compliance and has received a written pledge from the customer. These measures were taken based on the recent global situation and the characteristics of the Land Cruiser, and we believe that they do not violate the Anti-Monopoly Law."

Toyota sold the old LC200 Land Cruiser in India until the BS6 regulations kicked in. We expect the LC300 Land Cruiser to be introduced in India sometime in the future. Currently, Toyota is looking to launch the Hilux pick-up truck in India this year.

Ciaz-basedToyotaBelta to replace Yaris in India