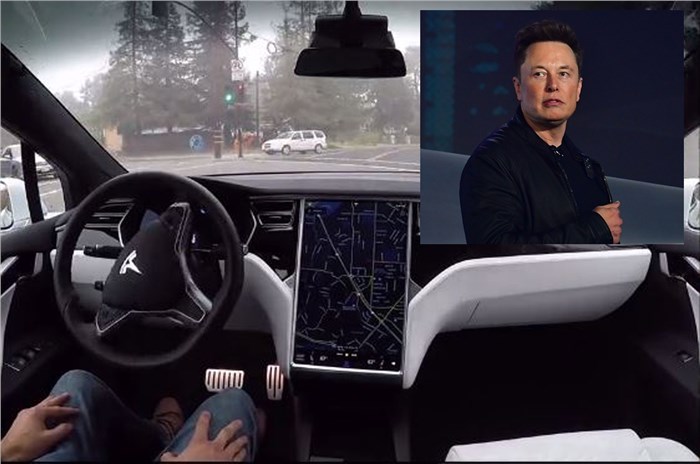 By licensing Tesla’s self-driving tech, other carmakers could bypass the huge development cost for such a system.

Speaking at the Tesla AI Day event, CEO Elon Musk has said that the company could license its Full Self-Driving (FSD) technology to other car manufacturers as well. He further went on to talk in detail about recent developments behind the firm’s controversial autonomous driving system.

Musk has, for years, insisted that Tesla’s self-driving tech is safer than having a human behind the wheel. However, earlier last week, US authorities launched a formal investigation into the company’s Autopilot system, after nearly a dozen Tesla vehicle crashes that resulted in 17 people being injured and one killed.

Asked if Tesla would commit to open-sourcing its software, Musk replied: “Well, it is fundamentally extremely expensive to create the system, so somehow that has to be paid for. Unless people want to work for free.”

“But I should say that, if other car companies want to license it and use it in their cars, that’d be cool. This is not intended to just be limited to Tesla cars.”

Such a move would allow rival car manufacturers to introduce a degree of autonomous driving ability to their models without investing the vast amounts of money required to develop such a system from scratch.

In any case, most industry experts believe that truly autonomous vehicles won’t be introduced for decades, while complex legal and insurance issues need to be resolved before such technology can be permitted on a global scale.

However, Musk maintains that Tesla’s next-generation Full Self-Driving system “will be able to achieve full self-driving at a safety level much greater than a human, probably at least 200 percent or 300 percent better than a human." He added: “Then, obviously, there will be a future hardware for Full Self-Driving computer too, which we'll probably introduce with Cybertruck, so maybe in about a year or so. That will be about four times more capable, roughly."

The comments come just a month after Musk announced that Tesla’s Supercharger network - often regarded as the most reliable and widely available in the world - will be opened up to non-Tesla vehicles for the first time later this year.

Tesla is keen to enter the Indian market, with the carmaker having set up its registered office in Bengaluru; it will initially import its cars as CBUs. The Tesla Model 3, which has been spied testing on our roads numerous times, is expected to be the carmaker’s first model in India. Tesla recently lobbied the government to have custom duties reduced for EVs being imported into the country. Recent reports have suggested that a revision of import duties on cars could be on the cards.