Tesla is seeking a huge reduction in import taxes on fully assembled electric vehicles from the government so as to favour the import of its vehicles. 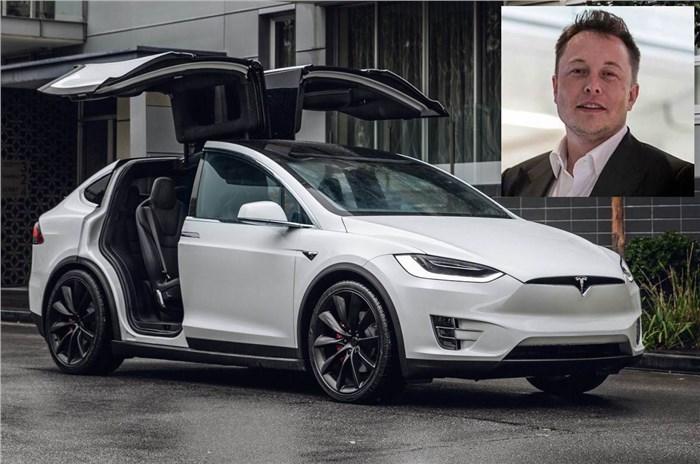 Tesla is all set to launch its first model in India this year and the first batch of vehicles will come as CBUs (completely built units) to our country. And while CEO Elon Musk has expressed interest in local manufacturing, he has now said on Twitter that Tesla is likely to set up a factory in India if it is successful with imported vehicles. And that is a big challenge.

Tesla’s manufacturing plan in India – what stands in the way?

As per a latest report by Reuters, two sources with knowledge of the matter, who did not wish to be identified, have revealed that Tesla recently wrote to Indian ministries seeking a big reduction in import duties that are levied on electric vehicles. However, Tesla’s appeal is likely to be turned down by the central government, particularly as it has advocated high import taxes for many industries in a bid to boost local manufacturing.

In the letter to the ministries and country’s leading think-tank NITI Aayog, Tesla said that reducing the central taxes on import of fully assembled electric vehicles to 40 percent would be more appropriate, as per the sources. Currently, import duties on cars priced below $40,000 is 60 percent, and it’s 100 percent for cars priced above$40,000.

"The argument is that at 40 percent import duty, electric cars can become more affordable but the threshold is still high enough to compel companies to manufacture locally if demand picks up," one of the sources said.

As per Tesla’s US website, the company only has one model that’s priced below $40,000 and that’s the Model 3 Standard Range Plus. Even then, the Tesla Model 3 is expected to cost around Rs 60 lakh (ex-showroom) in India. Other luxury automakers such as Mercedes-Benz, Jaguar and Audi retail their respective luxury EVs above the Rs 1 crore mark in India. Without a reduction in taxes, other models in the Tesla range could cost the same. The luxury electric car market, and EVs in general, is still in its nascent stage in India, with few takers and little charging infrastructure in place.

Replying to a tweet about Tesla launching its cars in India, Musk said, “We want to do so, but import duties are the highest in the world by far of any large country!” Even taking a dig on the government, he further added, “Moreover, clean energy vehicles are treated the same as diesel or petrol, which does not seem entirely consistent with the climate goals of India.”

This is not the first time that luxury automakers in India have lobbied the government to reduce taxes on imported vehicles, which too has had little success, primarily due to opposition from rivals with domestic operations.

Although lower taxes certainly would have helped Tesla’s initial business case, the company’s plan to begin sales in in India does not rest upon a change in governmental policy. Earlier this year in January, Tesla officially registered its office in Bengaluru as Tesla India Motors and Energy Pvt. Ltd. The company has recently been on a recruitment drive to build up its India team before it officially launches its first model in India.

In fact, the Tesla Model 3 has been spied testing on our roads on multiple occasions. The Model 3 is available in both single-motor and dual-motor setups overseas, although it remains to be seen which version of the Model 3 is brought to India.