The Model 3 will be one of the first Tesla's to go on sale in India. 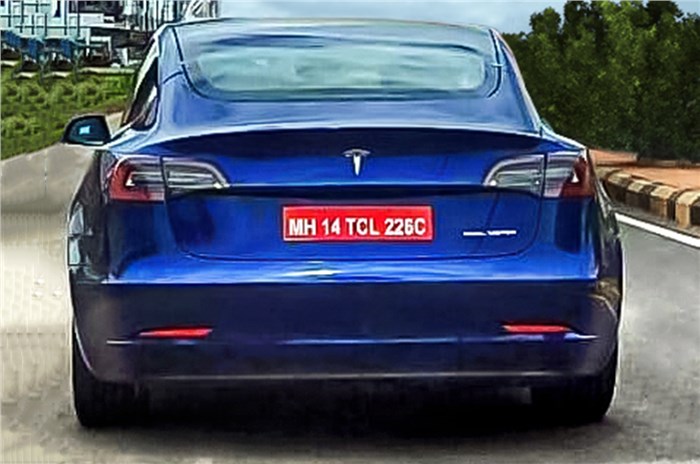 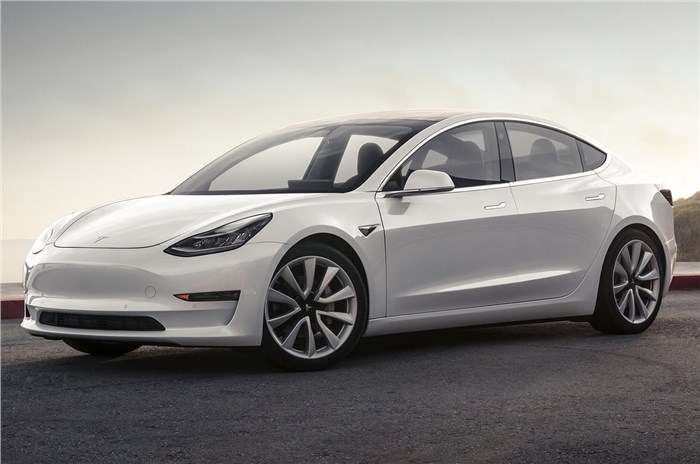 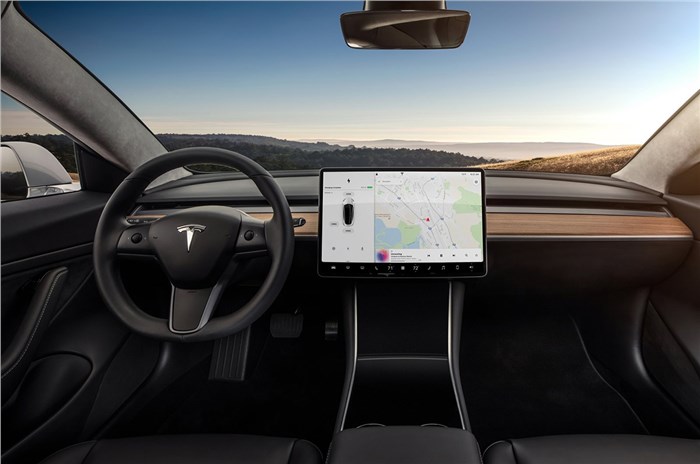 The Tesla Model 3 has been spotted undergoing testing in India, ahead of the all-electric carmaker’s arrival. The car undergoing testing is the dual-motor, all-wheel drive variant of the Model 3.
After years of will-they-won’t-they, Tesla’s India entry was finally confirmed late last year, by company CEO, Elon Musk, via Twitter and now the testing and validation of its models has begun. The car spotted while testing, the Model 3, will be sold in India along with Tesla’s halo products – the Model S and Model X. Here are a few things to know about the Tesla Model 3 before it arrives.

It is Tesla’s entry-level model

It’s available with a single and dual-motor setup

The Tesla Model 3 is available overseas with single- and dual-motor options. Opening the line-up is the rear-wheel-drive Standard Range Plus, which has a range of 423km and a 0-100kph time of under 6 seconds. Dual-motor versions including the Long Range AWD, which can do 0-100kph in under 4.5 seconds and has a range of 568km.While the range-topping Performance, which boasts of a 0-100kph time of a little over 3 seconds, achieves a top speed of over 260kph and also features upgraded brakes. It remains to be seen which version of the Model 3 Tesla offers in India.

It has a spacious and tech-driven cabin

Being an electric vehicle, there is no combustion engine, gearbox or fuel tank. This frees up a lot of room inside the Model 3’s cabin. There’s plenty of legroom at the front and the back for passengers, and the single-pane glass roof adds to the feeling of space and openness in the cabin. Additionally, the Model 3 also has two boots, one at the front where the engine would be in a conventional car and one at the back.
The cabin itself is very minimalistic but tech-driven. Taking centre stage is a large, landscape-oriented touchscreen which controls a vast array of the Model 3’s functions. The touchscreen also doubles up as the instrument cluster, showing all relevant information related to the car. Other than that, it controls the infotainment, navigation and AC functions.
The Tesla Model 3 can also be equipped with the Autopilot feature that’s present in the larger Model S sedan. This feature allows the car to steer within a lane, change lanes with just a tap of the turn signal, summon the car, manage speed by using active, traffic-aware cruise control, and parallel-park itself. Since the system relies on perfectly marked roads and signs, it remains to be seen how well it will work in India.

The Model 3 will be one of the first Tesla's to arrive in India and is expected to launch by the end of this year. While it is likely to be Tesla’s most accessible model for buyers, you will have to fork out quite a bit for it. Expect the Tesla Model 3 to be priced around Rs 60 lakh (ex-showroom).