New entry-level model to be most affordable Tesla on sale globally; carmaker working on battery tech that will reduce production costs. 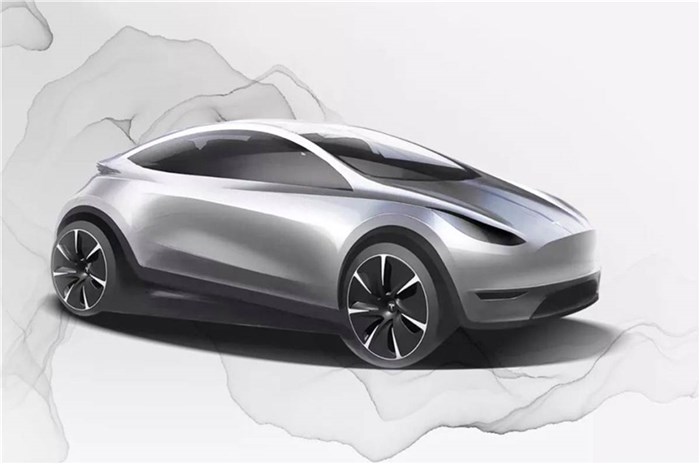 Tesla is making a renewed push to cement itself as the world’s leading electric vehicle brand in the face of fierce competition from established manufacturers, particularly in Europe. Crucial to its continued success will be the introduction of the long-mooted small, affordable electric hatchback to rival the likes of the Volkswagen ID 3, Nissan Leaf and Kia e-Niro.

Tesla’s new hatchback expected to go on sale in 2023

So far, Tesla has been unforthcoming about the model’s precise final form and name, referring only to an upcoming “future product” that’s being developed to follow the semi lorry, Cybertruck pick-up and Roadster sports car. But it is highly likely to bear a strong resemblance to the Model 3 and is tipped to take the Model 2 name as a nod to its entry positioning.

Tesla has previously previewed a compact model with styling cues that leaned heavily on the Model 3, as it called for applicants to work at its new research and design facility in China. The announcement mentioned that the centre will design “Chinese-style” cars, but Musk has previously confirmed that Tesla will “create a car for worldwide sale” in China.

Set to go on sale in 2023, the new Tesla hatchback will mark the firm’s landmark shift away from the premium EV sector into more accessible territory, building on the mammoth success of its Model 3 compact saloon in Europe, where it ranks consistently among the best-selling electric cars. A starting price in the US of around $25,000 (Rs 18.56 lakh) has been suggested. This would make it the brand’s cheapest model by a large margin, with even the most affordable variant of the Model 3 which is priced at $39,990 (Rs 29.69 lakh approx.).

Such a shift in pricing will be made possible by a new type of battery technology being developed by Tesla, which is claimed to reduce manufacturing costs by 50 percent over current methods, while providing five times more energy and up to 16 percent more range per charge.

The tech was first detailed in a high-profile announcement at Tesla’s Battery Day last year, at which CEO Elon Musk said, “One of the things that troubles me the most is that we don’t have a truly affordable car, and that’s something we will have in the future. For that, we need cheaper batteries.”

Series production of the newly designed battery packs will become possible as soon as next year, Tesla has said, and because they do away with the standard ‘tab’ format of today’s conventionally produced items, they could cost as little as £77 per kWh (Rs 7,914 per kWh approx.) to produce – significantly less than current rates.

As a result, the new entry-level car is tipped to offer a highly competitive range, on a par with even electric cars from several segments above. Musk has said on separate occasions that a range of less than 402km, even on the notoriously strict EPA cycle, wouldn’t meet the “Tesla standard of excellence” and is “unacceptably low”. Tesla even went so far as to axe the Standard Range version of the Model Y crossover as a result.

It remains to be seen if Tesla will offer the hatchback with a battery capacity of less than 50kWh (its smallest-output cell so far), but a shorter-range variant could provide Tesla with an entry point into the increasingly competitive urban mobility market. A top-rung Long Range version could, meanwhile, match the 566km WLTP range of the biggest-battery Model 3.

European versions of the Model 2 are set to be produced alongside the Model 3 and Model Y at Tesla’s new German factory, near Berlin, which is due to open – after a series of delays – in early 2022.

Described as “the largest factory in the world”, it will eventually have a capacity of 5,00,000 cars per year and will be instrumental in continuing to grow the Tesla brand outside of its US home market and China.

It was late last year when Union Minister Gadkari first revealed that Tesla would commence sales in India from 2021. Following the announcement Tesla went on to register its India office in Bengaluru with the Tesla Model 3 seen undergoing testing just a few weeks ago. Tesla is expected to kick off its India innings by importing its cars as CBU with the Model 3 expected to be the first to arrive on our shores. The new hatchback could also become a part of the carmaker’s India line-up in the future.