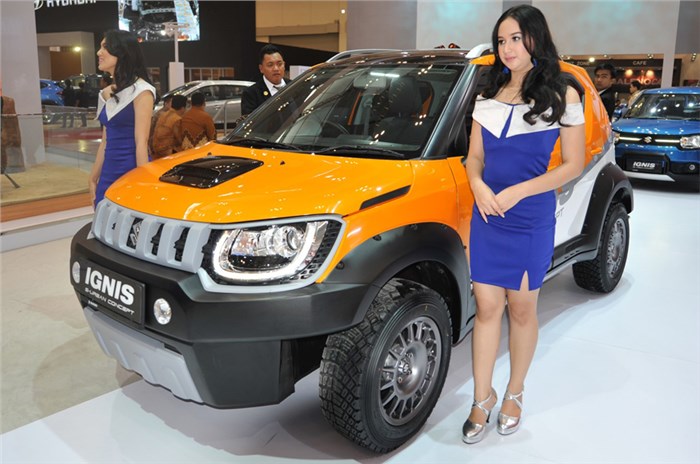 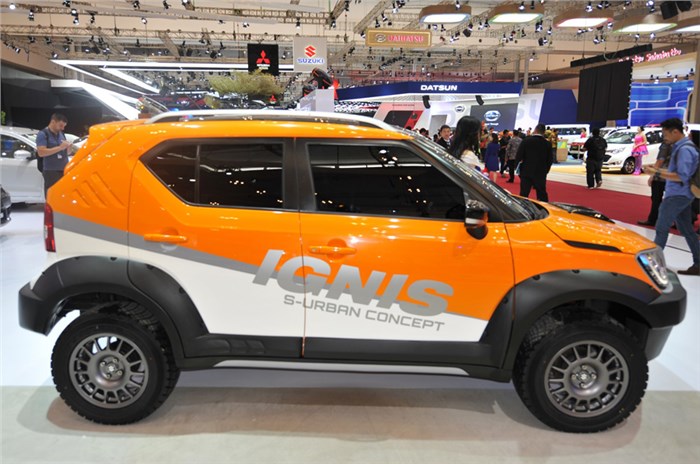 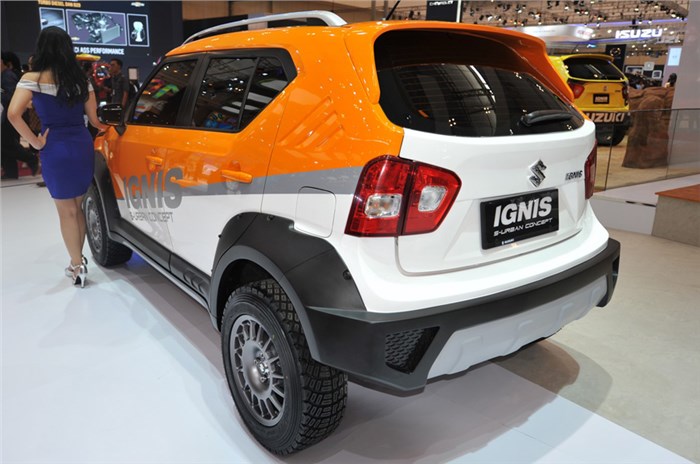 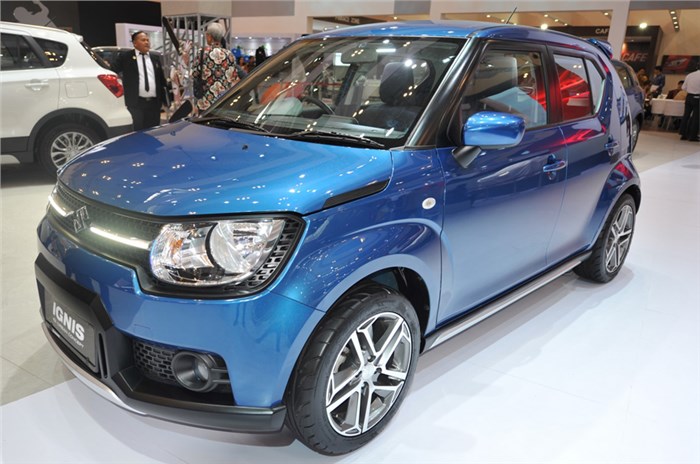 The Ignis S-Urban is the more adventurous off-roading themed one while the G-Urban looks like a beefy urban hatchback.

Suzuki has showcased two concepts based on the Ignis hatchback at the ongoing 2017 Gaikindo Indonesia International Auto Show (GIIAS).

The Ignis S-Urban concept is an off-road themed version of the hatchback. The exterior features black plastic bumpers with integrated front fog lamps, a Jeep-esque grille, gunmetal rally rims shod with off-road-spec tyres, thick front and rear fenders, rocker panel guards, a hood scoop, roof rails and black ORVMs. At the back, there’s a new rear spoiler. The concept has a dual-tone orange and white exterior with silver graphics, while the interior remains unchanged from the standard model.

The S-Urban concept is powered by the same 1.2-litre petrol motor that makes 83hp and 113Nm of torque, mated to a five-speed manual gearbox or a five-speed automated manual.

The second Ignis-based concept, the G-Urban concept, has been designed to be a proper urban hatchback, unlike the adventurous-looking S-Urban concept.

The G-Urban concept looks more muscular than the standard Ignis thanks to extra black plastic cladding at the bottom, silver touches on the bumper, LED-powered strips flanking the ‘S’ logo, two-tone plastic cladding on the side skirt, 16-inch twin-spoke alloys, a large rear spoiler and a beefier rear bumper.

The G-Urban concept is mechanically identical to the S-Urban concept and the standard Ignis, with the same powertrain and transmission options.