Based on our real-world tests, here’s a look at Skoda Slavia’s fuel economy figures. 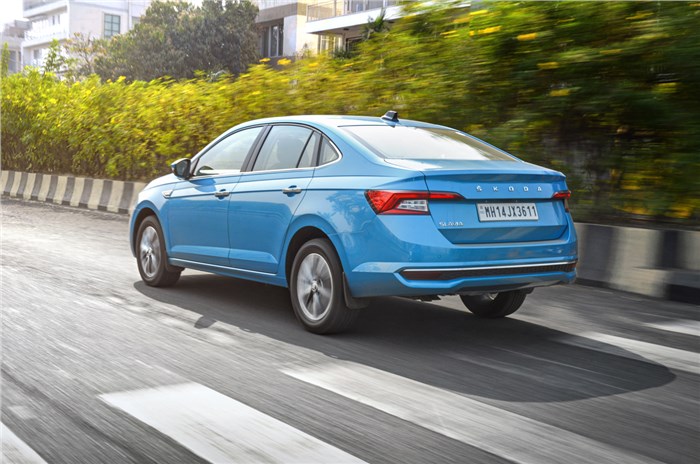 The Skoda Slavia replaces the Rapid in India, and competes with the Honda City, Maruti Suzuki Ciaz and Hyundai Verna. The Slavia is offered with a 115hp, 1.0-litre turbo-petrol engine with a 6-speed manual and automatic as well as a 150hp, 1.5-litre turbo-petrol with a 6-speed manual and 7-speed (DSG) dual-clutch transmission. We put all the variants of this midsize sedan through our real world fuel efficiency test to see what numbers they return.

What is the real world fuel efficiency of the Skoda Slavia 1.0 TSI?

The 1.0-litre iteration is equipped with fuel-saving tech like auto engine stop-start, which turns off the engine when the car is idling in the interest of fuel economy. As a result, the MT and AT return a rather respectable 11.4kpl and 10.5kpl, each, in the city. Out on the open road, however, you will need to be in the right gear to extract the best out of this engine in terms of performance. The automatic’s tendency to upshift at the earliest means that the transmission will require heavier accelerator inputs and warrant downshifts often to get moving in a hurry, resulting in higher fuel consumption. The MT’s and AT’s highway fuel economy numbers are 14.2kpl and 13.4kpl, respectively. For reference, the MT is spinning at 2,400rpm and the AT is at 2,000rpm in sixth gear, while cruising at 100kph.

What is the real world fuel efficiency of the Skoda Slavia 1.5 TSI?

Like its smaller 1.0-litre iteration, even the 1.5-litre unit is equipped with an auto stop-start feature to reduce fuel consumption while idling. Our 1.5-litre tests were conducted on particularly hot days with temperatures ranging between 34-38 deg C, and the air-con worked overtime to maintain 22 deg C in the cabin, due to which the stop-start tech didn’t work as often as it did in the 1.0-litre. Also, due to the fact that turbo engines are not only very sensitive to driving styles, but also to ambient conditions, the 1.5-litre MT’s and DSG’s fuel economy in the city were merely 8.8kpl and 8.4kpl, respectively. Another fuel saving feature which this 1.5-litre version packs in is the active cylinder deactivation technology, which cuts off two out of the four cylinders when the car is cruising at steady speeds with light accelerator inputs. This system is quite seamless in its operation and aids highway efficiency to an extent – 14.9kpl for the MT and 14.2kpl for the DSG. For reference, the engine speeds at 100kph in top gear are 2,000rpm and 1,900rpm for the MT and DSG, respectively.

Before our real world fuel efficiency test, we fill the tanks of our test cars to the brim and maintain tyre pressures based on the manufacturer’s recommendation. These cars are driven in fixed city and highway loops and we maintain certain average speeds. Throughout our test, there is only one person in each car, running the air-con and other electricals like the audio system, indicators and wipers when required, just like how a regular user would. Periodic driver swaps further neutralise variations in driver patterns. At the end of each cycle, we calculate efficiency by filling them up to the brim again. 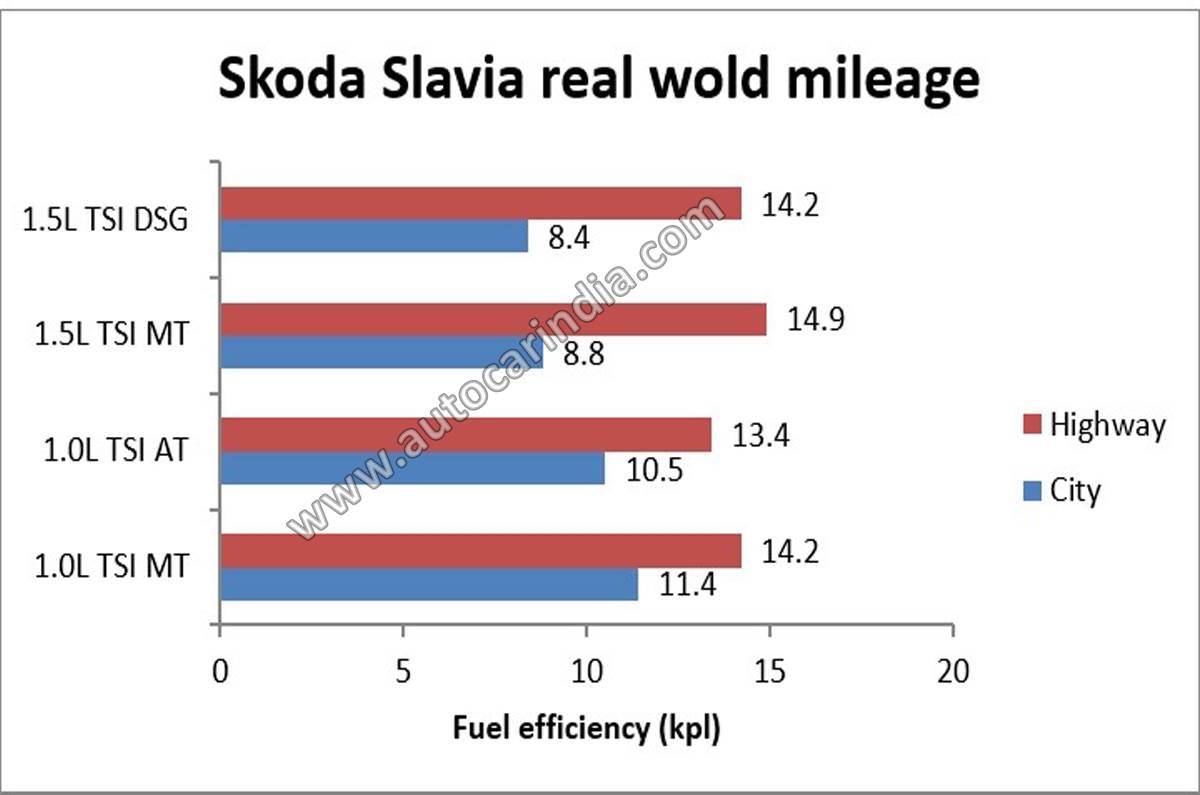 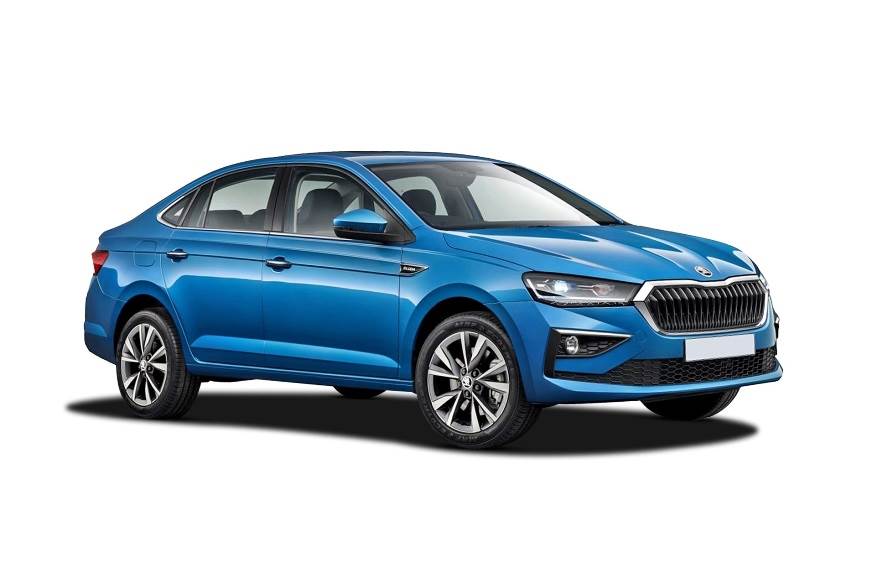