Plans to expand its existing 65 dealer network to 200, with a focus on even distribution across the country. 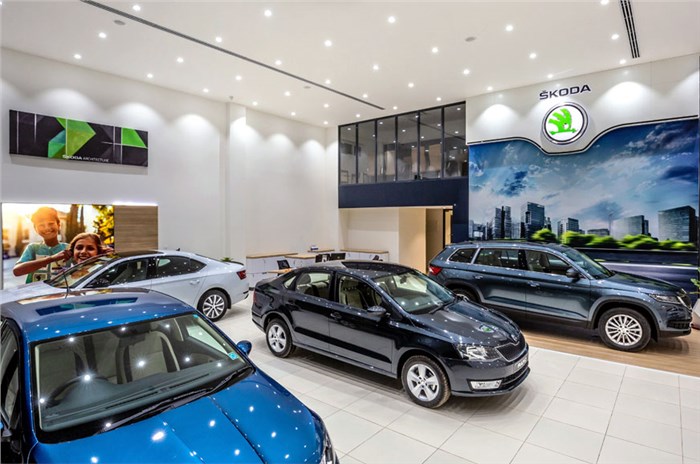 With the expected roll out of a slew of new models under its ‘India 2.0’ plan, Skoda has some big plans regarding its sales and service network too. Speaking to Autocar India, Zac Hollis, Director, Sales, Service & Marketing, Skoda Auto India revealed that the company planned to expand its existing sales and service network to over 200 touchpoints by 2023, as, in the long term, it sees itself selling 1,00,000 units a year in India.

However, the dealership expansion will not begin until 2021, as next year looks set to be a difficult year with the expected BS6 related price hikes, the temporary discontinuation of diesels, and a gloomy economy. Moreover, the first car under Skoda’s India 2.0 plan will only arrive mid 2021.

“The timing is very important. We need to expand the number of touchpoints. From 65 to 200 by 2023. Ultimately, I have to do this when viable, so you will see our major dealer expansion happening in early 2021.” Hollis said. Furthermore, he revealed that the company had already begun approaching potential investors with the target of having these new dealerships running from the “first quarter of 2021, ready for India 2.0”.

Hollis also said that apart from focusing on merely the number of dealers, the company will also look at an even distribution across the country. He described the present scenario as having a dealership in a Tier 2 city, with the next nearest dealership in a different city 200 to 300km away. “This is something that I am going to address going forward by making the brand much more accessible, so having reachable service locations is very important.”

For 2020, the company is only looking to consolidate its plans and hold on to it sales numbers with the import of some niche models like the Octavia vRS and the Karoq and updates to its existing products. “So 2019 will finish at around 15,000, and, for 2020, the target is also to sell around 15,000 cars,” Hollis stated.