Mahindra's hatchback will get a cleaner design, both at the front and back, to revive buyer interest. 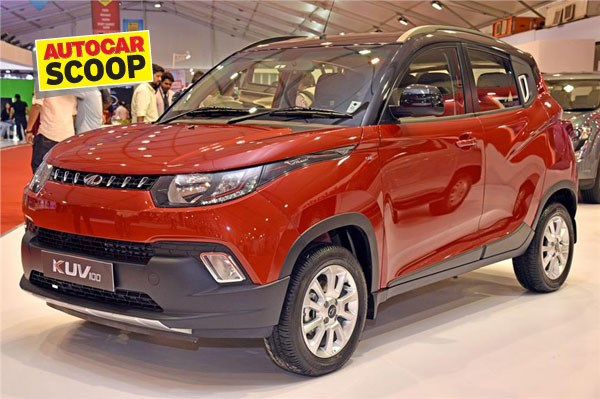 Utility vehicle major Mahindra has confirmed that the KUV100 is set to get a facelift with its launch scheduled later this year.

Notably, Mahindra will focus on improving the styling for the KUV100 with the facelift. In its current form, the odd proportions of the KUV100 haven't gone down well with buyers. The exaggerated styling, littered with undue cuts and creases, has for long been a bit of a sticky wicket, and the facelift is all set to get a cleaner design and a redone tailgate.

In January this year, the KUV100 received a mild update to its top trim where Mahindra increased the alloy wheel size from 14 inches to 15 inches. However, sales of the crossover have more than halved to 2,141 units in April, from 5,097 units sold during the same month last year.

The launch of the KUV100 facelift is part of the carmaker's plan to introduce new models in an effort to improve its sliding market share in the utility vehicle segment. Mahindra has also lined up the updated XUV500, and a refreshed Scorpio, both of which are set to get an increase in power and a facelift.