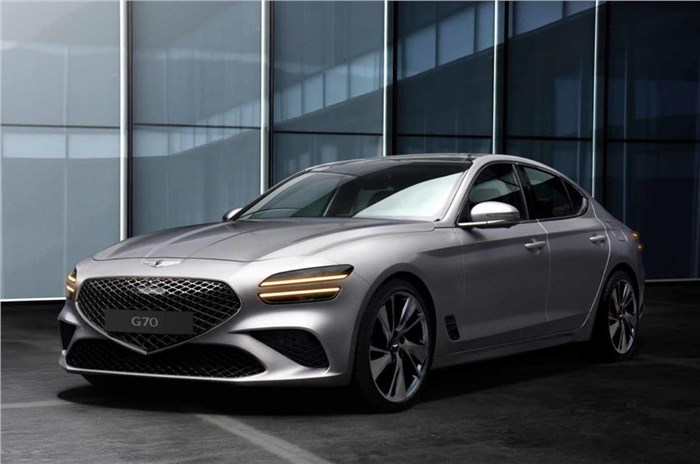 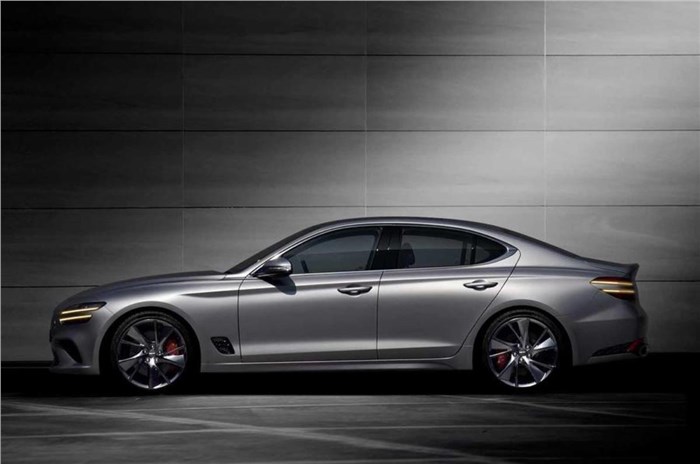 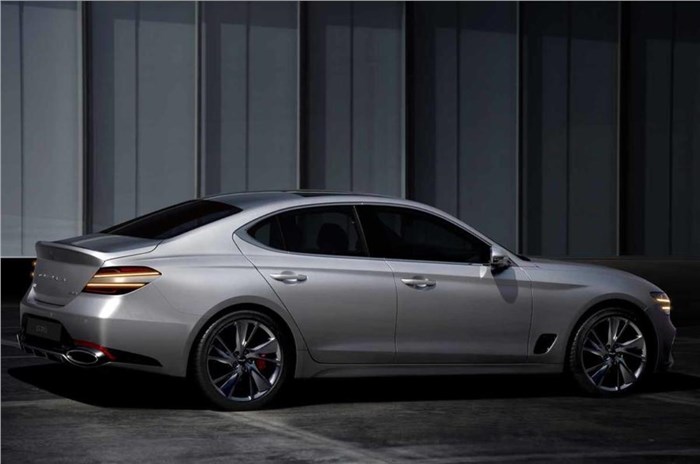 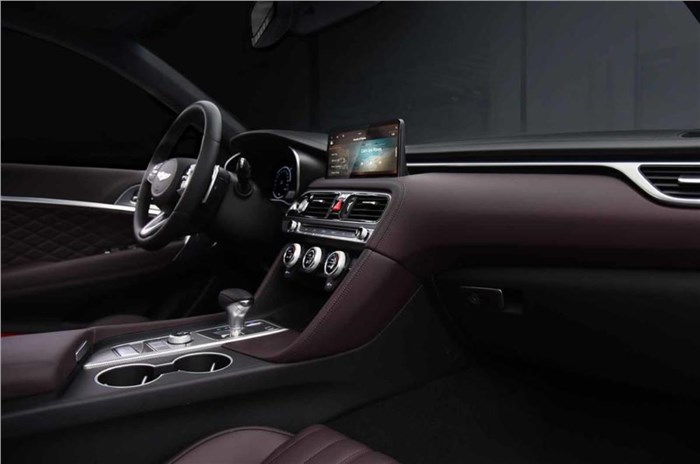 The Genesis G70 sedan has been updated with a substantial visual redesign and technological enhancements. The entry point to the Hyundai Group’s luxury brand, which made its debut in international markets like the US in 2017, is a direct competitor to the Audi A4, BMW 3 Series, Jaguar XE and the Mercedes C-class.

The G70 has undergone a mid-life redesign. External tweaks are most significant at the front end, where a new hexagonal grille combines with slim, LED quad-headlight strips, replacing the more conventional clusters.

Furthering the “athletic” visual overhaul is a new side profile in which the L-shaped chrome wing trim is replaced by a more purposeful air duct closer to the front wheel.

At the rear, the single-unit lights are replaced by two LED strips on either side, mirroring the front. A new combination mesh-and-body-colour diffuser-style rear bumper completes the overhaul, along with new wheel designs.

Inside, Genesis says the updates “leverage a driver-centred architecture, resembling a fighter jet cockpit” with enhanced technology. Chief among them is the introduction of a new 10.25-inch infotainment screen with a fresh user interface supporting wireless software updates, Google CarPlay and a redesigned wireless smartphone charger.

The outgoing version of the sedan gets multiple powertrain options in international markets. There is a 252hp, 2.0-litre turbocharged four-cylinder engine and a 370hp, 3.3-litre twin-turbo V6 unit as part of the petrol line-up. Some markets also get a 202hp, 2.2-litre diesel engine. All powertrains come with the choice of rear-wheel drive and all-wheel drive layouts, with an 8-speed automatic gearbox as standard, though the entry-level petrol also gets an optional 6-speed manual gearbox.

Details about any updates to the engine line-up and other specifications on the upgraded G70 will be revealed in the coming weeks. Moreover, an estate version of the G70 was also spotted testing on European roads, earlier this year.

Genesis has announced that the refreshed G70 will go on sale in South Korea in October, 2020. Hyundai is also mulling over an India launch of the Genesis brand, though the luxury arm is expected to debut in our market with an SUV, given the popularity of the body style. The upcoming Genesis GV70 SUV, which is based on the next-gen Hyundai Tucson, will likely be the marque’s launch vehicle in India.