New G80 sedan gets more coupé-inspired profile, with family design elements similar to the GV80 SUV inside and out. 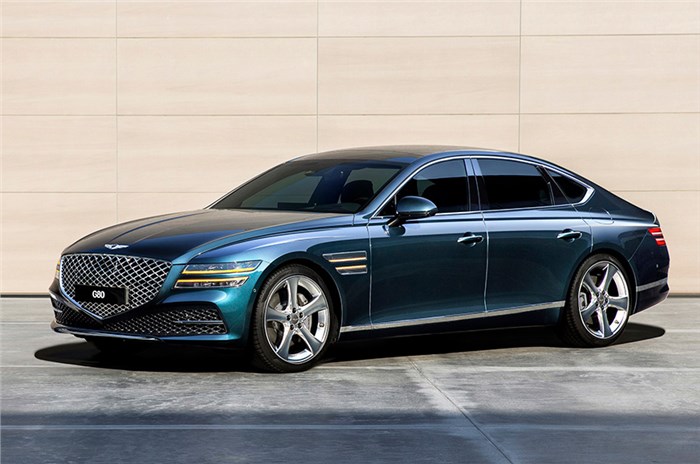 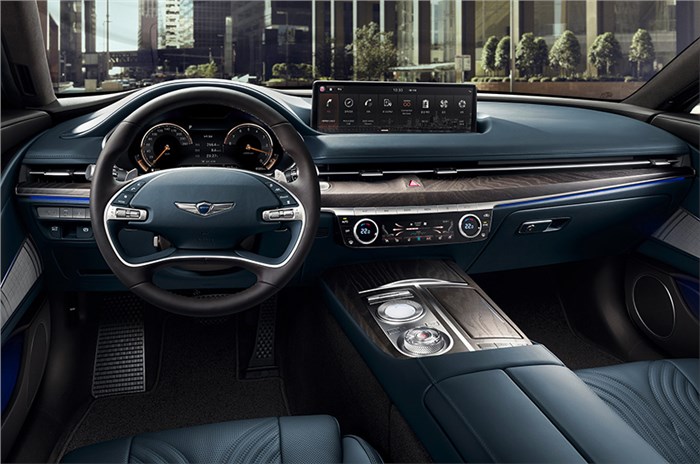 Hyundai-owned Genesis has revealed the new G80 sedan ahead of its launch in international markets. The new luxury sedan from the Korean brand borrows styling elements from its sibling, the new GV80 SUV, both inside and out.

As with the GV80, the G80 sedan features split light clusters at the front and rear. The headlights get LED daytime running lamps running in a parallel line along the inside edge, which as act the indicators as well. Sitting between the headlamps is a more pronounced mesh-pattern ‘crest’ grille housing the number plate.

The tail-lights too are similar ­– the indicators are thin strips running along the inside edges of the split units – with the fender-mounted indicators featuring a pair of parallel LED strips separated by a body-coloured panel.

In profile, the four-door coupé look is more pronounced with the roofline flowing all the way to the tip of the boot-lid. The beltline runs the length of the car and is quite prominent. There is plenty of chrome here, including on the window frames, lower door panels, the fender vents, and the rear bumper. Another interesting design element is the integrated spoiler element that stretches across the rear.

The G80’s cabin is near identical to the GV80 SUV. It gets a 12.3-inch digital instrument cluster placed behind the new dual-spoke steering, and a larger 14.5-inch infotainment display sitting atop the dashboard. Gear selection is via a rotary selector in the centre console, and the whole cabin is finished in a mix of leather, wood and brightwork.

Genesis has also packed the new G80 with plenty of tech, including active cruise control that is said to be able to learn and adapt to the driver’s driving style, active blind-spot monitoring, autonomous braking, remote parking (the driver can control the car via the key fob from outside the vehicle), and a  unique-to-South Korea Genesis CarPay system that lets the driver make payments via the infotainment screen.

Hyundai is slated to bring the Genesis luxury brand to India soon, and it would do so leading with an SUV considering how popular this body style is in the Indian market. The carmaker revealed the all-new GV80 SUV earlier this year, and has plans to introduce a smaller GV70 in the near future. It remains to be seen which of the two will be the first model for the Indian market.