Vehicle sales have seen a V-shaped recovery, but the auto industry is now looking at new challenges in the form of supply constraints. 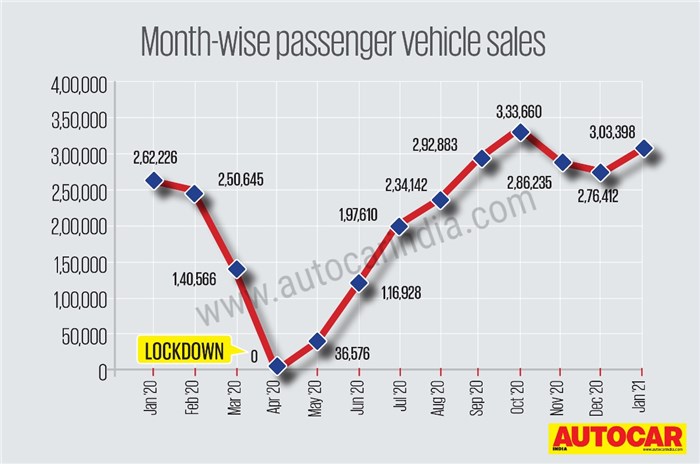 Passenger vehicle sales have bounced back sharply in recent months, faster than anyone had initially expected. After the lifting of lockdown restrictions last year, four-wheeler dispatches from carmakers to dealers have consistently posted a year-on-year growth each month, starting from August 2020. Even numbers from January this year have shown a sustained demand, dispelling concerns that sales would fizzle out soon after the festive season. To better understand this revival, we called upon a panel of experts during the first episode of Brobot Dialogues - a series of discussions on the auto industry.

Commenting on the current trend of PV sales, Martin Schwenk, MD and CEO, Mercedes-Benz India, said, “What we have seen in terms of recovery, quarter after quarter, is that it’s much closer to a V-shaped recovery than what we would have ever thought.” Adding perspective from the mass market players, Rajesh Jejurikar, Executive Director, Auto and Farm Sectors, Mahindra Group, said, “Our view is that clearly, there is a demand in the market, it’s not something which has just built up.”

And it’s not only the sales, but also vehicle usage which has seemingly returned to pre-COVID levels, as per Rakesh Jain, the Executive Director and CEO of Reliance General Insurance. “Private cars are coming back very strongly.  If I see the number of claims, which is a parameter I would like to use instead of the numbers of cars sold, I would say that in the month of December (2020), we were ahead of where we were last December. So that clearly means that people are back out on the roads using their cars. The bounce back has indeed surprised us positively,” he said.

Why are we seeing passenger vehicle demand pick up?

Manufacturing came to a grinding halt at the start of the 2021 fiscal, and picked up slowly in the following weeks as restrictions were lifted. As such, the initial bout of sales could be attributed to pent up demand, however, the sustaining numbers indicate that there is more to it. 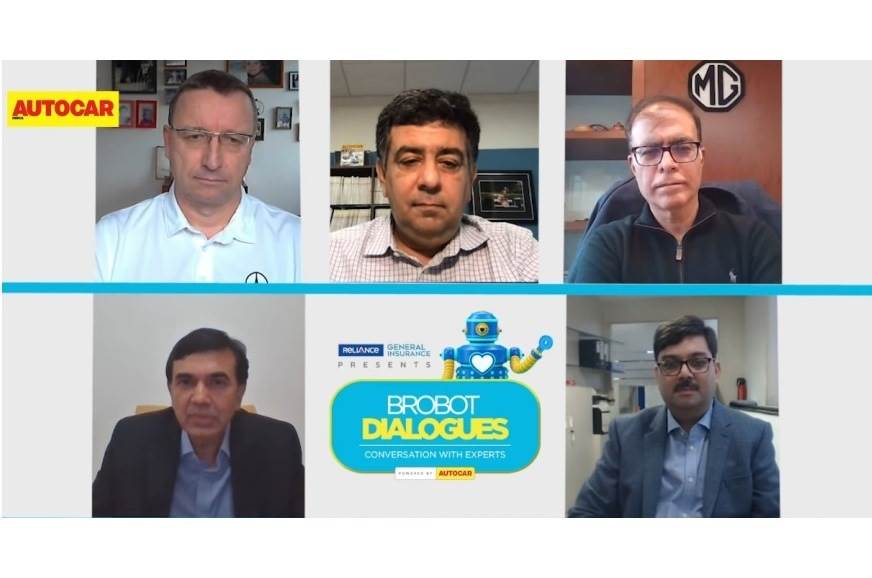 “A car becomes a traveling bubble to some extent and gives us a feeling of being in a protected environment. When the unlock happened, we could see that customers would travel distances which were earlier covered only via airplanes, and I believe that’s still happening. So that also helped in the (demand) coming back to a certain extent,” said Schwenk.

More than just a means of social distancing, cars have also become an important outlet for people. “People do want greater personal mobility options. The fear which people had at one time that the whole personal mobility space is going to move to shared mobility, that fear has gotten completely revisited after COVID. Clearly, there is a need for personal mobility,” said Jejurikar.

He further commented, “The second thing is that in the current context, there aren’t many avenues for consumers to spend their money. International holidays and flying around the country have stopped, so where do they spend? The mind-set is that the only real leisure they have is getting out for a drive in their car, and then why not have a good car? I really think there is a fundamental demand that’s visible.”

MG Motor India’s President and MD, Rajeev Chaba, echoed similar views, “There’s a certain segment of consumers who are saying that if they have saved and don’t know what the future is, then why not indulge? Why not enjoy and spend?”

Supply shortage could throw a spanner in the works

As the auto industry looks to pull itself out of a difficult phase, it has been met with yet another challenge – supply constraints. For instance, the shortage of semiconductor chips, used in a vehicle’s electronic components, has severely affected automotive production abroad, as well as in India.

Mahindra is one of the carmakers which has been affected. Expressing the company’s concerns, Jejurikar said, “The only bummer in the process is the challenge we are facing with logistics and supply chains. I think the demand side is going to be robust and the only thing that we really need to figure out right now is a better ability to handle the supply chain which is really strenuous at this point.”

Some other concerns remain

While a shaky supply chain is a major stumbling block, there are still some legacy issues which remain. Luxury players, for example, continue to struggle in their efforts at expanding the premium segment beyond just 1-2 percent of the total PV market in India. “We will still be at relatively low numbers as a luxury market and that can be attributed, to a large extent, to the price at which we have to offer our cars – a lot of it is based on customs, duties and the taxation around them,” said the Mercedes India head. “Taxation schemes are the major obstacle,” he added.

Another crucial factor is that the ongoing recovery has to be viewed objectively, keeping in mind the already declining automotive sales in the past few years. “Definitely there is a recovery and there is sustainable demand, but how are we measuring that? Right now, the numbers are going up, but the industry was down in the previous calendar year, so even if we do a good job as an industry (in 2020-2021), we still won’t be touching our peak. In the long run, it will definitely depend on the GDP growth and certain fundamentals of the economy,” said Chaba.