The second increase in the Thar’s production will be done to match the SUV’s strong demand. 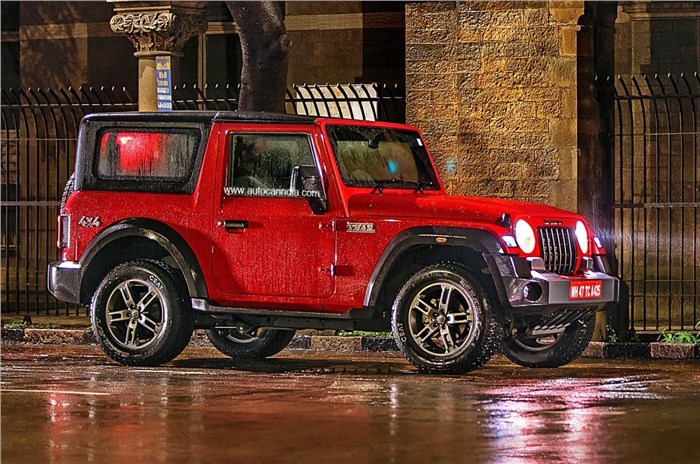 The new Mahindra Thar is set to receive a further ramp up in production, as demand for the off-roader has been very strong ever since it was launched back in October 2020.

Since its launch, the demand for the Thar has been very high and it received over 15,000 bookings in just 18 days after launch. In October 2020 itself, bookings had crossed the 20,000 mark, extending the waiting period for the off-roader to six months.

On November 4, Mahindra announced its decision to increase the new Thar's production by over 50 percent, from 2,000 units a month to 3,000 by January. This was done to help reduce the Thar’s long waiting period, which currently in some cities is higher than 10 months, depending on the variant and colour.

However, demand for the Thar continues to be high and in January 2021, Mahindra received over 6,000 new bookings. Of these, around 45 percent demand is for the automatic variants, and 25 percent customers have opted for the petrol powertrain. As of February 1, 2021, the cumulative bookings for the new Mahindra Thar have crossed the 38,500 mark.

The company claims to be witnessing “very healthy” demand for its UV models, including the Thar, Bolero, Scorpio and XUV300. Speaking at a press conference yesterday, Rajesh Jejurikar, executive director, M&M, said, “We are prioritising production as per the current demand situation. So, while the Thar clearly is the topmost on the list, it is followed by the XUV300, Bolero and Scorpio.”

Even as the Indian automobile industry drives out of the slowdown and the auto industry sees an uptick in sales, there continues to be a marked supply-demand mismatch. This is mainly a result of inadequate supplies of critical production material like steel and semiconductors.

Though Mahindra's UV business witnessed about 11 percent jump during the third quarter of FY2021 (YoY), production has been unable to match demand due to electronic control unit (ECU) and steel shortages.

On the supply side, shortage of semiconductors – a problem Indian manufacturers and the automotive industry worldwide continues to face – was one of the key constraints that the company had to contend with in Q3 FY2021. This has also impacted availability of ECUs or the brain of the vehicle, due to a high dependence on a single supplier.

The company has also cited rising raw material prices to be another area of concern, not just for Mahindra but for the entire domestic auto industry.

New Mahindra launches in India in 2021

One of the big models slated to launch in 2021 is the second-gen XUV500, which will bring with it updated powertrain options, new styling and a lengthy features list. Mahindra will also be launching the all-new Scorpio towards the middle of 2021, with an updated ladder-frame chassis and an all-new design. Another model being developed is the new Bolero Neo, which will be introduced later this year as well.