This is the first time the eKUV has been spotted undisguised since its debut at the 2020 Auto Expo. 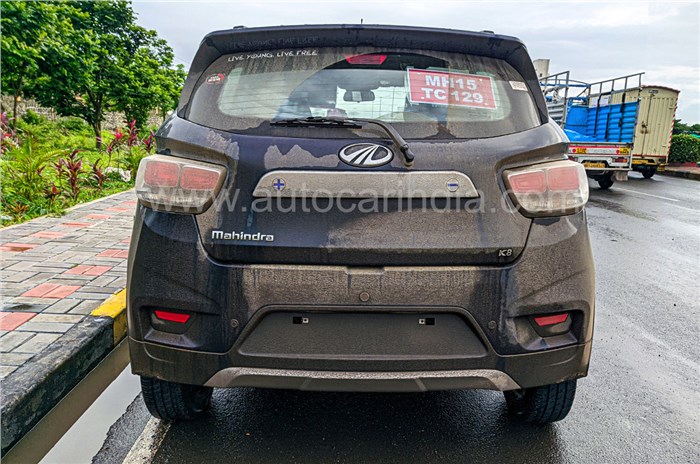 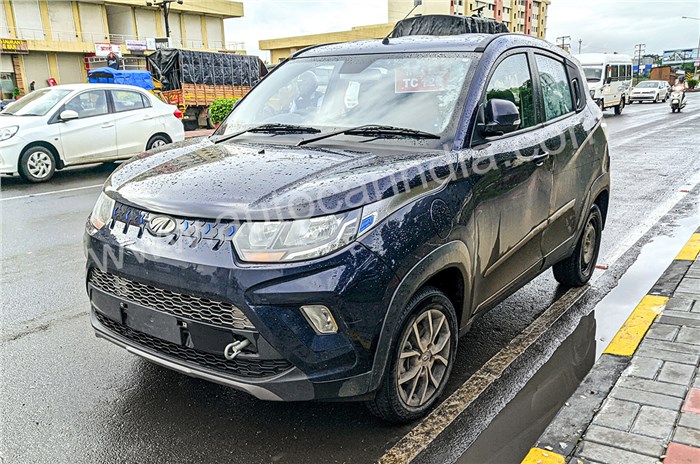 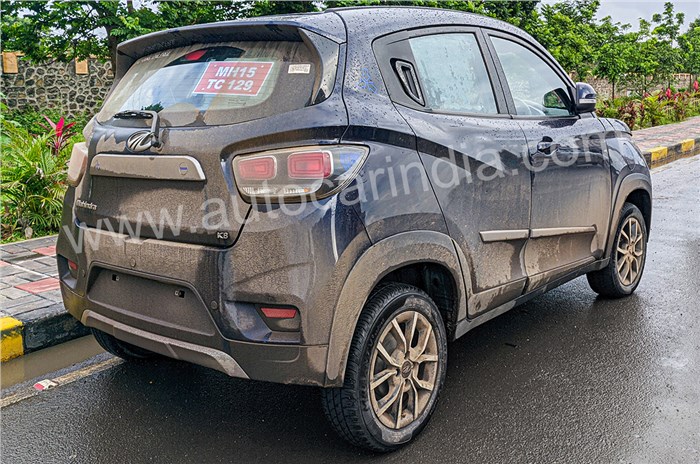 The Mahindra eKUV100 has been spotted in its production-spec form, completely undisguised for the first time on our roads. After a series of delays, Mahindra is now expected to launch the affordable EV by early 2022. The model in the spied images even differs from the eKUV100 that debuted at the Auto Expo 2020.

For the most part, the production-spec eKUV100’s design is very similar to the combustion engine powered KUV100. The only major differences lie in the new closed-off front grille (for improved aerodynamics) with small arrow shaped insert – six of which are finished in blue, and the two flaps – one on each front fender - that cover the charging ports. Besides this, there are some blue accents on the headlights and taillights. The number plate housing on the tailgate also has a quirky ‘+’ and ‘-’ sign, to help further differentiate it.

There are some subtle differences between the eKUV at the Auto Expo and the one seen in these images. Most notably, the model at the Expo had a different set of alloy wheels with blue inserts on each of its spokes, Mahindra Electric (ME) badging on the charging flap and a unique triangular badge on the C-pillar.

The eKUV100 comes fitted with a 15.9kWh battery pack, that powers a single electric motor that produces 54.4hp (40kW) and 120Nm. This battery can be charged to 100 percent in 5hr 45min on a regular charger (using the port on the front right fender), or to 80 percent in 55min on a fast charger (using the port on the front left fender). Mahindra also claims this configuration can provide a range of up to 150km, though the carmaker is working on upgrading the battery to further improve the range. You can read our eKUV100 prototype review to get an idea of how this car would drive on our roads.

Once launched, the Mahindra eKUV100 won’t have any direct rivals in India. However, this will change considering, Maruti Suzuki is working on an all-electric Wagon R and Hyundai is also said to be developing an affordable EV for our market.

In terms of pricing, the eKUV100 is expected to be priced in the Rs 9-13 lakh bracket. If Mahindra prices it aggressively enough, the eKUV could be the most affordable EV in India, even cheaper than both the eVerito (Rs 9.12 lakh) and the Tata Tigor EV (Rs 9.58 lakh).