Ford dealers are also offering large discounts and benefits on made-in-2018 models of its Figo hatchback and Aspire compact sedan. 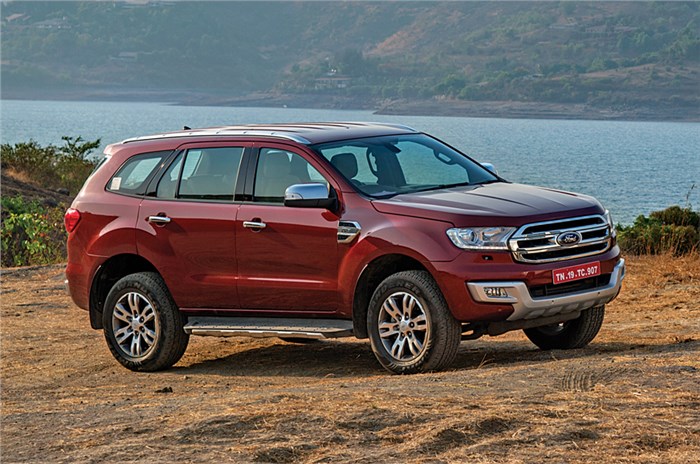 During the previous financial year, Ford has performed reasonably well in our market, in terms of sales, despite a dip towards the end of 2018. However, Ford dealers still have some unsold 2018 stock, inventory of which they are hoping to clear out with some large discounts.

Save up to Rs 79,000
The Ford Figo Aspire was launched in 2015 in the Indian market and competes with the likes of the Maruti Suzuki Dzire and Honda Amaze. The Aspire received a facelift just last year, which brought with it more equipment, minor design changes and new three-cylinder petrol engines – a 96hp, 1.2-litre and a 123hp, 1.5-litre motor. The previously offered 100hp, 1.5-litre diesel engine continues unchanged. The 1.2 petrol and 1.5 diesel engines are only available with a 5-speed manual transmission, while the 1.5 petrol is available a 6-speed automatic transmission as standard. Dealers are currently offering up to Rs 79,000 worth of discounts on the 2018 stock of the compact sedan, including a Rs 20,000 exchange bonus and a Rs 59,000 cash discount.

Save up to Rs 70,000
Due for a facelift this year, the Ford Figo hatchback in its current form had arrived in India in 2015. It sees competition from the Hyundai Grand i10 and Maruti Suzuki Swift. There are currently has three powertrains on offer – an 88hp 1.2-litre petrol engine, a 110hp, 1.5-litre petrol engine, and a 100hp, 1.5-litre diesel engine. Like its compact sedan counterpart, the smaller petrol and the diesel engine are mated to a 5-speed manual, while the 1.5-litre petrol comes with a 6-speed automatic. Ford dealers are offering discounts up to Rs 70,000 on 2018 stock of the hatchback – Rs 20,000 as an exchange bonus and Rs 50,000 as a cash discount. With the facelift scheduled to arrive in showrooms soon, it may be possible to haggle with dealers for even larger discounts.

Save up to Rs 1 lakh
The current-gen Ford Endeavour launched in our market in 2016, where it sees rivalry from the Toyota Fortuner and the recently launched Mahindra Alturas G4. It is currently offered with two engine options – a 160hp, 2.2-litre turbo-diesel engine that makes 385Nm of torque, and a 200hp, 3.2-litre turbo-diesel engine that produces 470Nm of torque. Both engines are mated to a 6-speed automatic transmission. Ford dealers are offering discounts on 2018 stock of up to Rs 1,00,000 on the 2.2 Titanium variant and up to Rs 40,000 off on the lower-spec 2.2 Trend. Benefits on offer include a Rs 20,000 exchange bonus and a cash discount of up to Rs 20,000 (2.2 Trend). As the facelift for the Endeavour will launch on February 22, further discounts and benefits can be availed on this pre-facelift model, if one is willing to haggle.