See how much you can save on model year 2018 editions of Maruti Suzuki’s premium Nexa range of cars and SUVs. 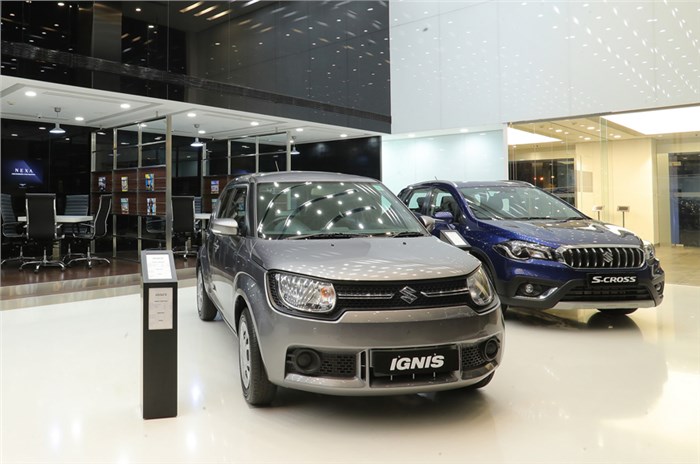 Maruti Suzuki’s cars are usually found on the top of monthly sales charts, even during a month when overall sales have been slow. Despite this, Maruti Suzuki’s Nexa dealers still has some unsold 2018 stock, on which attractive discounts on select models are available to clear inventory.

Save up to Rs 85,000
The Maruti Suzuki Ignis was launched in India back in January 2017 and rivals the likes of the Hyundai Grand i10 and the Mahindra KUV100 NXT. The Ignis has only one engine option, which is a 1.2-litre petrol engine that produces 83hp and 113Nm of torque. The engine is paired to either a 5-speed manual or a 5-speed AMT transmission. Nexa dealers are currently offering discounts of up to Rs 85,000 on the automatic variants and up to Rs 75,000 on the manual variants of the 2018 Ignis. This comes from a Rs 15,000 exchange bonus and up to Rs 70,000 worth of cash discounts, depending on the variant.

Save up to Rs 95,000
While the Maruti Suzuki S-Cross had launched in 2014, it received a facelift in 2017. The Hyundai Creta and Nissan Kicks rival is powered by a 1.3-litre, four-cylinder, diesel engine with mild-hybrid tech. The motor, which is mated to a 5-speed manual, produces 90hp and 200Nm of torque. Nexa dealers are offering up to Rs 95,000 off, which includes Rs 25,000 for exchange and an additional Rs 70,000 cash discount.

Save up to Rs 1 lakh
The updated Ciaz was introduced to the Indian market just last year, bringing with it design changes and a new 105hp/138Nm, 1.5-litre petrol engine with mild-hybrid technology. The Ciaz, which competes with the Hyundai Verna, Honda City and Toyota Yaris, also has the option of a 1.3-litre, four-cylinder, mild-hybrid diesel that is tuned to produce 90hp and 200Nm of torque. The petrol engine can be had with either a 4-speed automatic transmission or a 5-speed manual transmission, while the diesel can only be had with the latter. Nexa dealers are offering up to Rs 1,00,000 worth of discounts on 2018 stock of the Ciaz – there’s a Rs 25,000 exchange offer with a further cash discount of Rs 75,000 on manual variants and Rs 50,000 on automatic variants.