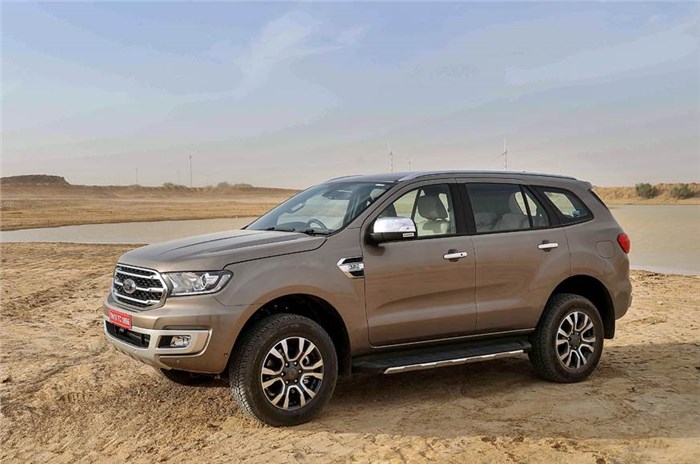 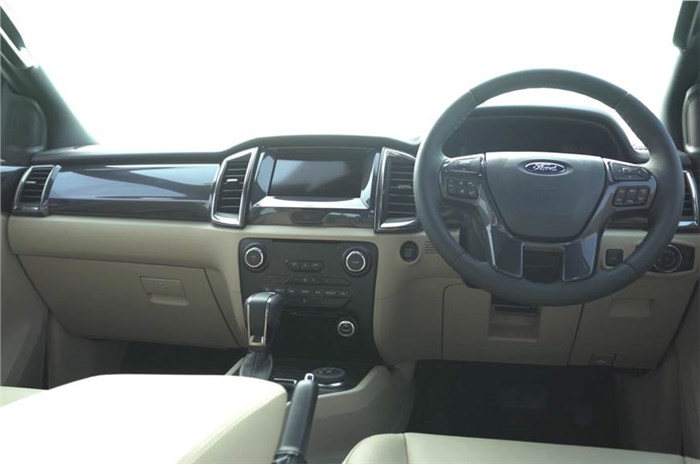 Ford has revealed the refreshed India-spec Endeavour ahead of the model’s launch on February 22, 2019. As with the international model – badged as the Everest in some markets – the Ford Endeavour facelift gets minor cosmetic updates, such as a revised grille and bumpers, along with new design 18-inch alloy wheels.

Inside, the most notable change is to the upholstery; the beige and brown cabin from the pre-facelift SUV has been replaced by a black and beige colour scheme. Other updates include the addition of more kit such as standard keyless-entry-and-go, puddle lamps and a smart boot opening system.

Ford has also revised the variants on offer with the facelifted Endeavour. It is set to retail only in Titanium and a new Titanium+ trim. The entry-level Trend variant offered on the outgoing model will be discontinued.

Under the hood, the existing 2.2-litre four-cylinder and 3.2-litre five-cylinder diesel engines have been carried forward from the pre-facelift model. Internationally, both units have been replaced by 2.0-litre unit that is available in single-turbo and twin-turbo versions.

Interestingly, the 2.2-litre unit will be offered with the choice of a manual gearbox with 4WD. The manual 4WD variants had previously been discontinued on the pre-facelift 2.2-litre model. The larger 3.2-litre diesel will be offered solely with a 6-speed automatic gearbox as standard, along with 4WD.

The updated Ford Endeavour will rival the likes of the Mahindra Alturas G4, Toyota Fortuner, Isuzu MU-X and the Mitsubishi Pajero Sport when it goes on sale.