Porsche recently also launched the full existing range of the Taycan EV in both saloon and Cross Turismo styles.

Porsche has expanded the Taycan line up globally with the introduction of two new models at the Los Angeles Auto Show – the Taycan Sport Turismo and a new GTS trim – for both the saloon and estate body styles. Think of the new Sport Turismo to be somewhat of a hybrid between the saloon and Cross Turismo estate. Meanwhile, Porsche likes to call the GTS trim a "sweet spot" between the 4S and Turbo variants.

Porsche Taycan Sport Turismo: what is it?

To that effect, the Sport Turismo drops the rugged body cladding of the Cross Turismo and sits lower to the ground. It, however, keeps the estate body shape with its 1,200-litre boot and 45mm of extra headroom over the saloon. This gives the Sport Turismo a squat, hunkered down stance and it looks beautiful in this estate body style. To further stress on its road-going credentials, Porsche has also removed the Gravel mode that’s offered on the Cross Turismo.

Porsche’s GTS badge is known for being used on the ICE models, and this is the first time it has been plastered on an EV. Typically combining the best of all worlds, Porsche GTS models are neatly positioned in terms of price and performance between the entry-level variants and top-spec performance-focused models.

The new Sport Turismo variant also gets a GTS version and is powered by a 93.4kWh battery pack with 590hp of power in launch control mode. Porsche claims the GTS can dispatch 0-100kph in 3.7sec, tops out at 250kph and is capable of a claimed 502 kms between charges.

As with Porsche’s other GTS models, it is marked out by black exterior trim elements and Race-Tex interior upholstery, while a unique tune for the adaptive air suspension promises a distinctive dynamic character. In the absence of an exhaust system to upgrade, the Taycan GTS gets its own version of Porsche’s Electric Sport Sound, which accompanies acceleration. It also gets an optional rear-wheel steering system and a panoramic sunroof with ‘Variable Light Control’ that turns the glass from clear to opaque at the press of a button.

Taycan product boss Kevin Giek who introduced the new variants, said, “The Taycan model range has grown steadily since its world premiere in 2019. Three body variants with up to five engine options offer something for everyone.”

“I am particularly pleased that we now also have a Taycan with the legendary GTS moniker. It is positioned above the Taycan 4S and below the Taycan Turbo derivatives, so it represents a real sweet spot in the range,” he added.

Porsche has not given any official hints as to how the Taycan range could be further expanded. The 911, 718 Cayman and Cayenne are available in full-bore GT trim, but the Panamera – the Taycan's closest combustion-engined relation – tops out with the Turbo S.

Porsche is expanding the Taycan range globally, but the German carmaker launched the Taycan line-up in India – in both saloon and Cross Turismo guises – only recently. The Porsche Taycan EV has been priced between Rs 1.50 crore-2.31 crore (ex-showroom, India) and is available in seven variants. In India, the Taycan EV rivals the Audi e-tron GT, which is also its sister model. You can read more about the launch of the Porsche Taycan EV here. 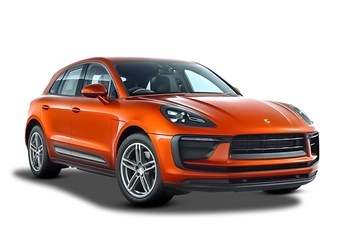