Nissan Z Proto to be officially revealed on September 16

The Japanese firm has also confirmed a manual transmission for the prototype version of the long-awaited 370Z successor, the 400Z. 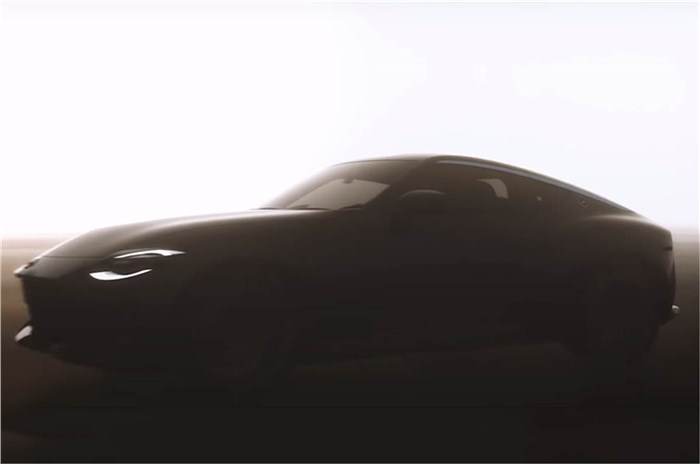 The Nissan 400Z sportscar's unveiling is expected within the next 12 months. However, the automaker is set to take the covers off the prototype of the 370Z successor on September 16, 2020. In a build up to the event, Nissan has stepped up its teaser campaign and released a video that gives a glimpse of the soon-to-be-revealed Z Proto.

What does the latest teaser reveal about the Nissan Z Proto?

The new video previews the prototype’s engine note and also confirms that the car will arrive with a manual transmission. It seemingly even confirms the presence of a V6 powertrain, which is likely a twin-turbocharged unit expected to produce around 406hp.

The clip reveals other small details about the new Z sportscar, including the redesigned 'Z' logo, LED headlights and distinctive alloy wheels, which are shod in 'Nissan Z'-branded rubber.

What do we already know about the upcoming Nissan Z sportscar?

The Japanese firm had previously announced on Twitter that the Z Proto will preview the new model that's due in 2021. We understand that the production version of the car will use the 400Z title.

To date, the automaker has revealed a few other details of the car that’s set to become the latest addition to its Z sportscar lineage, which began with the 1969 Datsun 240Z. Also, in a previous video highlighting its future model line-up, Nissan had previewed the 400Z. A glimpse at the upcoming model’s silhouette revealed that it could have styling evolved from the current 370Z coupé.

The 370Z is the oldest car in Nissan's current line-up, having been launched in 2008. We understand that the new Z car will come with a twin-turbocharged 3.0-litre V6, making more power than the current car. It's unlikely to sit on a bespoke platform, given its relatively low sales volumes, and could instead make use of the rear-driven underpinnings from Nissan's sibling brand Infiniti's Q50 and Q60 models.

Nissan recently submitted a trademark application for a restyled version of the Z badge. The badge's retro look hinted that the new model will take styling inspiration from Nissan's historic sportscars, potentially with a sharp front end like that of the 240Z and distinctive brake lights inspired by the 300ZX.

The interior of the new model is earmarked for a significant redesign, too, with that of the 370Z being frequently criticised for being outdated compared to its rivals. Expect a focus on premium materials throughout and for the current car's basic touchscreen to be replaced with a modern infotainment system with access to various connectivity services.

Is the Nissan 400Z expected to be launched in India?

The Nissan 370Z was introduced in India in 2010, however, the model was discontinued in 2014. The 370Z still remains on sale in certain international markets. There is no official word on if the new 400Z will make it to our market.

For now, Nissan India has trained its sight on introducing the Hyundai Venue rivalling Magnite compact SUV in early 2021.