New 7 Series line-up to have a rival for the Mercedes-Benz S-Class as well as the EQS electric sedan. 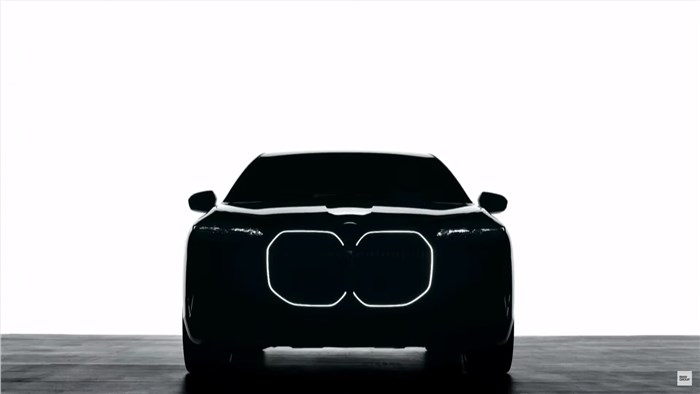 
BMW will take the wraps off the all-new 7 Series on April 20, 2022. The new 7 Series will come in pure combustion, plug-in hybrid and, for the first time, pure-electric forms, allowing it to compete with the ICE Mercedes-Benz S-Class (already on sale in India) as well as the all-electric EQS sedan that is due in India later this year.
BMW says the new 7 Series is "tech magic at its best" and will be equipped with Level 3 autonomous driving functionality from launch, which is scheduled for later this year.

BMW has confirmed the new i7 EV will use its fifth-generation eDrive system, which is currently found in the iX electric luxury SUV. It will also ride on BMW’s flexible CLAR platform, which already underpins the iX and the i4 electric sedan, as well as ICE models like the latest 2 Series Coupé that is on sale overseas.
Although powertrain specifications remain under wraps, the dual-motor set-up used by the iX xDrive50 produces 516hp. In this form, the iX is capable of 0-100kph in 4.6sec and an electronically limited 250kph top speed, so the i7 should post broadly similar figures. BMW has also confirmed that the most powerful version of the 7 Series will be fully electric.
When it comes to variants, the i7 is likely to follow the BMW iX, which will initially be available in three forms – xDrive40, xDrive50 and top-rung M60 overseas, with the last one packing more than 600hp. The 105.2kWh lithium-ion battery pack in the iX is claimed to be capable of up to 629km of range, and if equipped with the same unit, the lower-slung i7 could improve upon that.
Details of the ICE offering are less obvious, as the 7 Series will be the first BMW to use the firm's new generation of engines. These engines are developed to comply with Euro 7 emissions regulations that are likely to be introduced in the coming years.
While ride comfort remains crucial, BMW also emphasised that driving dynamics will be key to the i7's appeal. It will help to differentiate it from other upcoming luxury EVs, including the next-generation Audi A8 that was recently previewed by the radical Grandsphere concept.
Despite the camouflage, there's a clear family resemblance to the outgoing 7 Series, which is set to end global production next year. There's also a chance that the kidney grilles will be more reserved than on other recent BMW models, such as the outlandish XM Concept. Expect the new 7 Series’ interior to closely mirror that of the iX, with a prominent central infotainment display and a curved digital instrument cluster.

Expect BMW to introduce the new 7 Series in India after a few months of it going on sale overseas.