The Plug-in Hybrid version of the fifth-gen RAV4 will sport increased battery size, range and power. 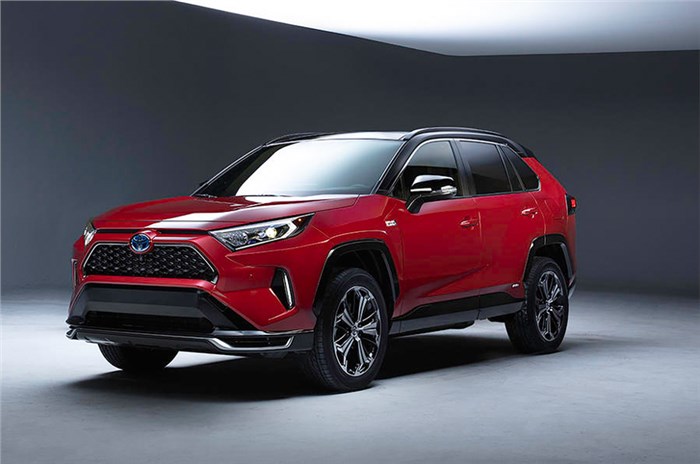 Toyota will showcase a plug-in hybrid version of its RAV4 SUV at next month’s Los Angeles (LA) motor show.

The fifth generation of the Japanese machine was launched late last year, built on Toyota’s latest TNGA platform. It was offered internationally with a hybrid powertrain featuring a 2.5-litre petrol engine and electric motor that produces 218hp in front-wheel-drive and 222hp on all-wheel-drive models.

Toyota says the new RAV4 plug-In will offer greater battery capacity, range and power than the conventional hybrid – although it has yet to provide specific technical information.

The Japanese carmaker has made no announcement regarding its plans to bring the RAV4 SUV to the Indian market. Though, Toyota does offer the Innova Crysta, Fortuner, Land Cruiser Prado and Land Cruiser in our market, with the Fortuner recently receiving a TRD Celebratory edition priced at Rs 33.85 lakh (ex-showroom).

Discounts of up to Rs 2.2 lakh on Toyota Corolla Altis, Fortuner, Innova