The Adventure gains an updated front-end design and tweaked interior over the standard RAV4. 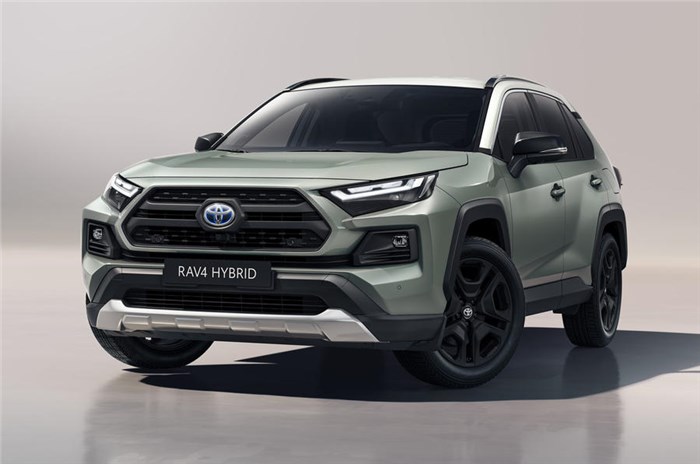 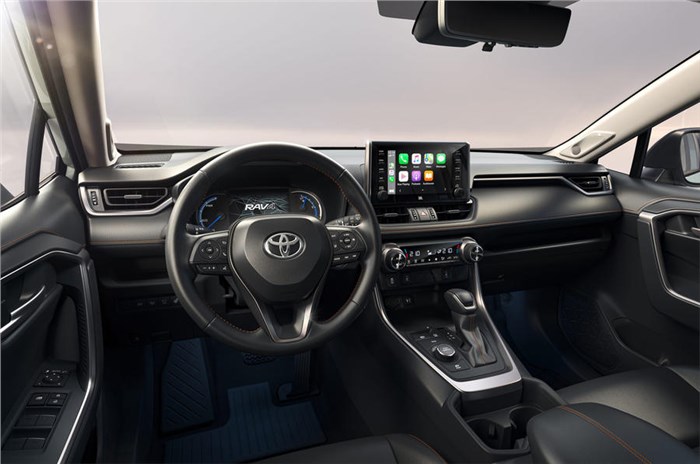 Toyota has revealed a new variant for the RAV4 SUV in Europe that is geared towards “the great outdoors” and intended to extend the model’s market reach. Dubbed the Toyota RAV4 Adventure, the SUV features interior and exterior tweaks in order to differentiate it from the rest of the RAV4 range.

The RAV4 Adventure has had styling updates at the front for a more rugged look, including a new black grille, front foglamps with black surrounds and silver underbody protection. The model also gains wider wheel arches and 19-inch alloy wheels in matte grey.

The Adventure variant is the first RAV4 model to include new features that will be introduced to the range in 2022:, “projector-type” LED headlights and LED front foglamps, a 10-spoke alloy wheel design and interior LED lighting.

Inside, the seats feature a bespoke upholstery design, with black synthetic leather and quilted and cushioned areas, with orange stitching. Other features include power adjustment for the front passenger seat, illuminated window control switches and the addition of USB-C ports.

The Toyota RAV4 Adventure is powered by the same hybrid powertrain as the standard RAV4. It includes a 2.5-litre, four-cylinder, petrol engine that works in tandem with an electric motor mounted on the rear axle. This, produces a combined 222hp, has All-Wheel Drive capability and a towing capacity of 1,650kg.

Toyota says the Adventure specification “reinforces the model’s 'go anywhere' spirit, with standout rugged styling that’s ready for life in the great outdoors. This new version will broaden the model’s market reach to people who want a vehicle that matches their love for life off the beaten track, while preserving the performance and efficiency benefits of Toyota’s hybrid electric technology”.

Toyota is yet to reveal the pricing or details like when orders will open for the RAV4 Adventure in Europe, but deliveries are expected to commence in the first quarter of 2022.

2022 Toyota RAV4 Adventure: will it come to India?

The chances of the Toyota RAV4 Adventure making it to India are slim, but, the company has been mulling the introduction of the standard RAV4 SUV in our market. Furthermore, the Toyota RAV4 was also spotted on Indian roads earlier this year.

Toyota currently retails the Glanza hatchback, Urban Cruiser compact SUV, Yaris sedan, Innova Crysta MPV, Fortuner SUV, Camry Hybrid sedan and Vellfire luxury MPV in India. Going forward, Toyota is expected to introduce two new mass market products – a mid-size sedan and an MPV. The mid-size sedan will be based on the Maruti Ciaz and is expected to be rebadged as the Toyota Belta, while the MPV will be based on the Maruti Suzuki Ertiga. Toyota is also considering bringing in the Hilux pickup in the future.

Toyota Fortuner has the highest resale value among premium SUVs