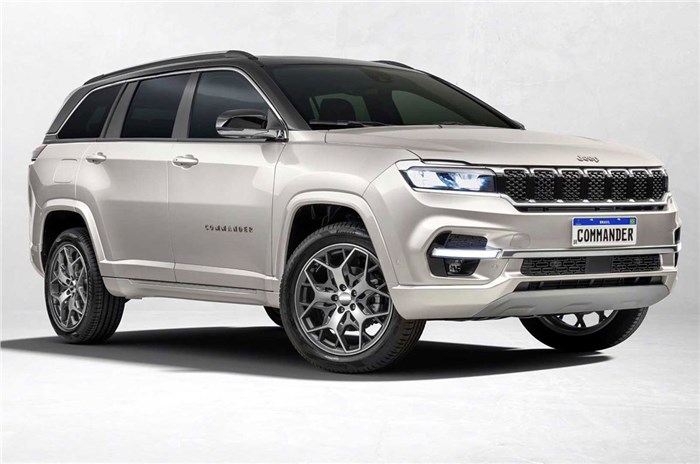 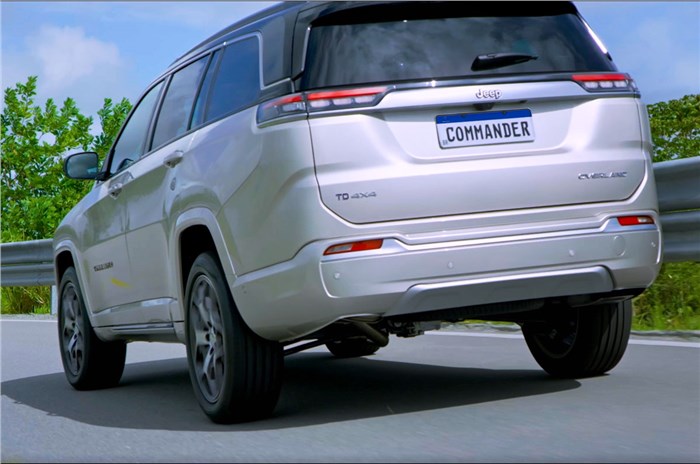 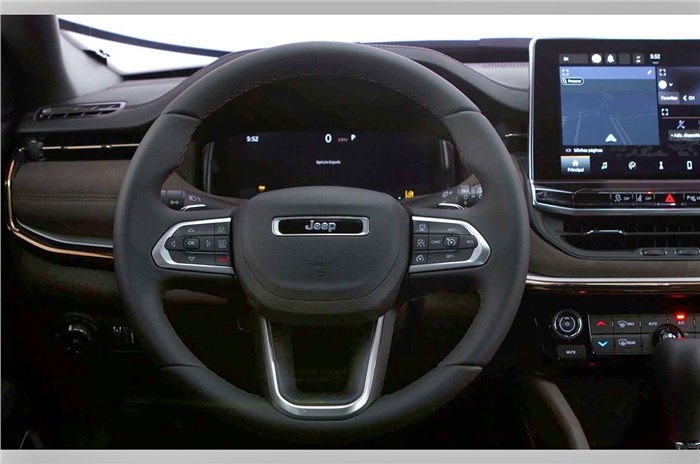 Jeep has released a video of international-spec Commander revealing interior and exterior styling.

The new, three-row Jeep Commander has been revealed in Brazil. Based on the Jeep Compass, the Commander is longer and gets a more upright rear end to accommodate a third row of seats, along with distinctive styling to help it stand out from the Compass.

While based on the smaller Compass, the Commander gets a design more in line with its larger SUV siblings such as the new Grand Cherokee L. Some design details that link back to the Compass include the front grille with the top section folded backwards, and the familiar chrome detailing along the upper edges of the windows. The rectangular full-LED headlamp and slim tail-lamps are designs seen on Jeep’s new-generation Grand Cherokee, with the window-line also similar to its larger sibling.

The bumper design too is specific to the Commander, with large faux vents featuring LED DRLs and fog lamps, a chrome strip running across the fascia, and a skid-plate element.

From the sides, the increased length becomes apparent, with the rear quarter windows a lot more sizeable and the rear overhang also looking longer than in the Compass. The tailgate too is more upright.

The model showcased was in the Overland spec, while previous teasers have also hinted at variants with slightly different bumpers.

Moving to the cabin, the dashboard follows the same design as the Compass, replete with a digital instrument cluster and free-standing touchscreen, though with different metallic trim inserts and suede fabric inserts on the dashboard. The front seats too look straight out of the Compass, though it does feature some diamond patterning on the lower backrest. An interesting design touch are the words ‘Jeep 1941’ embossed into the front centre armrest.

Previous teasers have revealed a 7-seat layout though a 6-seater variant could also be offered.

Jeep has not revealed any details on the engine line-up for the South American, though reports suggest a 2.0-litre diesel and a flex-fuel 1.3-litre turbo-petrol engine could be part of the line-up.

While it is set to go on sale as the Commander in South American markets, Jeep is set to badge the 7-seater SUV as the Meridian in India, when it arrives around mid-2022. The decision likely stems from the use of the Commander name in India by Mahindra years back, and with Jeep wanting to distance any possible association of its three-row with the older Mahindra.

The Meridian will be locally manufactured, like the Compass, and is expected to come with a more powerful 200hp – up from 170hp – version of the 2.0-litre Multijet diesel engine paired with a 9-speed automatic gearbox. The diesel mill will also feature mild-hybrid tech.