Jeep's smallest SUV will be equipped with the brand's 4xe technology; will arrive in India by late 2023 or early 2024. 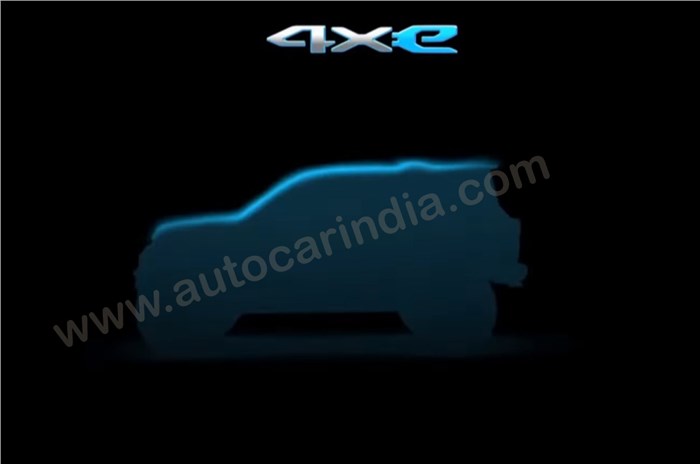 At the recently concluded Stellantis EV Day 2021, nestled away among the many product announcements, was a teaser of Jeep’s upcoming compact SUV. A video montage showing icons of the Jeep model range ended with a yet to be identified small Jeep.

While news of its development has been around for a while, what was of particular interest was the confirmation that it would use Jeep’s 4Xe powertrain – Jeep nomenclature for its hybrids that use either a regular 4X4 with electric motors or a fully electrically driven axle.

While technically the Jeep compact SUV could use a regular mechanically driven 4X4 system with electric motors added on – as in the Wrangler 4Xe – given the compact size, the compact SUV is more likely to use a system with one axle being engine-driven and the other fully electrically-driven, just like in the Renegade 4Xe.

We had reported about this development earlier this year when Ralph Gilles, global head of Jeep Design, responding to a query from Autocar India about the possibility of an e-axle in the compact SUV, said “We already implement that in Europe where we have the e-all-wheel-drive system on the Compass and Renegade. It’s something for which our engineers have solved the equation. Packaging is actually not too bad. It basically replaces the same (mechanical 4x4) hardware with an e-motor.”

With the EV day report now pointing to this development, it also interestingly strengthens the case for the Jeep compact SUV using the Citroen CMP platform, which will underpin the French firm’s compact SUV; this was also a development we reported on at the start of this year. With the e-axle, the two-wheel-drive CMP platform can easily offer 4X4 capability, something crucial to every Jeep. Furthermore, Citroen has aggressive cost targets for its compact SUV, something that will help Jeep remain competitive too.

The teaser for the upcoming Jeep compact SUV also gives us a preview of its silhouette, which shows a model with a relatively small wheelbase and an upright stance, with wheels positioned at extreme ends. What can also be seen is a prominent roof hump just after the rear door and a flat rear with what looks like a tailgate-mounted spare wheel, similar to the Ford EcoSport. It will be safe to expect a rugged body style for the Jeep compact SUV, with lots of body cladding and high ground clearance, similar to the larger models like the Renegade.

With no physical connection between the fore and aft driven wheels, it avoids the need to incorporate a prominent central tunnel housing a prop shaft. This allows the manufacturer to offer 4X4 capability on 2WD platforms, thereby avoiding near-impossible reengineering and the associated costs. Inclusion of 4Xe electric-AWD tech will also help Jeep reduce its emission count for stringent norms in markets like Europe. However, the 4Xe-equipped models could be quite a bit more expensive than their standard counterparts.

According to our sources, the Jeep Compact SUV will see a world premiere sometime late next year and will first go on sale in Europe. India will see series production of this SUV only in 2023, with a market launch expected sometime later that year or early 2024.

Jeep H6 Commander to get mild-hybrid diesel in India