ZR-V could be one of the two new SUVs from Honda. 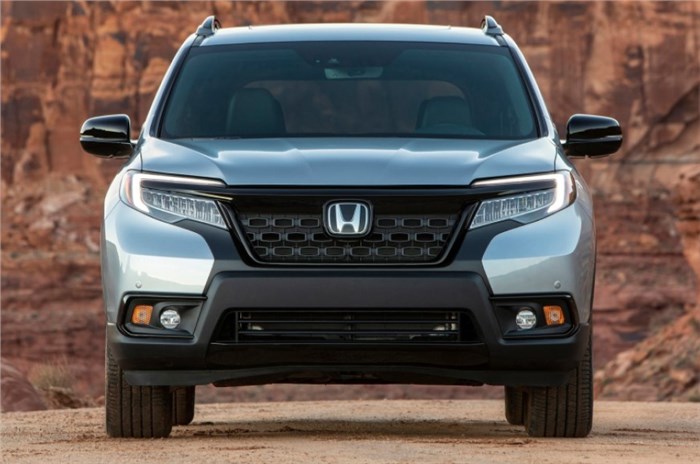 The Passport is one of the newest Honda SUVs in international markets.

Honda has recently registered a new model name – ZR-V, a model that is expected to be sold in multiple markets of Asia and Oceania region, according to the WIPO trademark application. The Honda ZR-V name has, as yet, not been registered in India.

Going by Honda's naming system, the name points to a future SUV. Honda currently sells multiple SUVs globally, with most having their names ending with a R-V suffix. The list starts with the Honda BR-V (now discontinued in India), the WR-V, the popular CR-V and also the HR-V SUV, which almost made it to our shores. Additionally, Honda also sells the UR-V crossover in China that is based on the previous-gen Accord CrossTour.  Apart from these models, Honda also has three other high-riding vehicles, the Ridgeline pickup, and two more SUVs that are called Pilot and the Passport in the North American markets.

While further details of the prospective ZR-V SUV are not known, Honda is working on not one but two future SUV offerings of relevance to India. The first one is a sub-four-metre SUV that will rival the Toyota Raize and the Suzuki Jimny internationally, and the second is a slightly larger SUV that will sit parallel to the next-gen Honda HR-V and will have a more upright and practical design to rival the likes of SUVs like the Toyota RAV4 and the upcoming Corolla Cross.

Closer to home, Honda will soon introduce the all-new City in our market and will also announce pricing for the BS6-compliant WR-V and the Jazz hatchback.