The all-new 4th generation BMW X5 is larger than its predecessor and will be available with a diesel engine to start with. 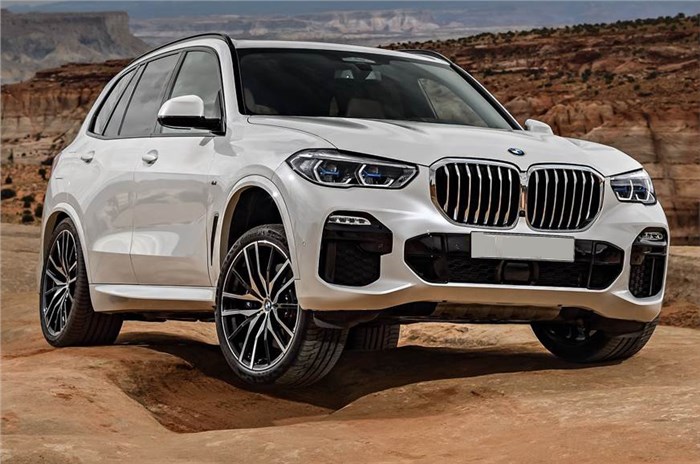 The new BMW X5 is the largest X5 yet and the fourth-generation SUV is now 35mm longer, 32mm wider and 11mm taller with the wheelbase gaining an extra 42mm, over the last generation car. The new BMW X5 measures 4,921mm in length, 1,970mm in width, 1,737mm in height and has a wheelbase of 2,975mm. All this extra space has been given to the rear seat passengers, as the boot space on the new X5 is identical to the outgoing model at 645 litres with the seats up, and 860 litres with the rear seats folded flat.

The new X5 sports BMW’s family look, with a large kidney grille up front and new headlamps with the new LED daytime running lights. From the rear, the new X5 has a set of large horizontally mounted LED tail-lamps and overall, the SUV now does look more imposing that it was earlier.

According to dealers, the BMW X5 will be available in a range of trim levels including the rather popular M Sport variant that includes a set of sportier bumpers, larger wheels and add-on features on the inside too. The M Sport trim has been a rather popular option on the new 5-Series and BMW India just recently launched the 530i in the same trim level to accompany the already available 530d M Sport.