Based on our real-world range tests, here’s a look at how the MG ZS EV 50.3kWh battery performs.

MG recently upped the ZS EV’s game by equipping it with a larger battery and a new motor, thus boosting its overall performance and practicality. The company advertises a range of 461km on a full charge, which is a jump from the previous iteration's 419km. We put this new ZS EV through our test cycle to find out how it performs.

What is the real-world range of the MG ZS EV? 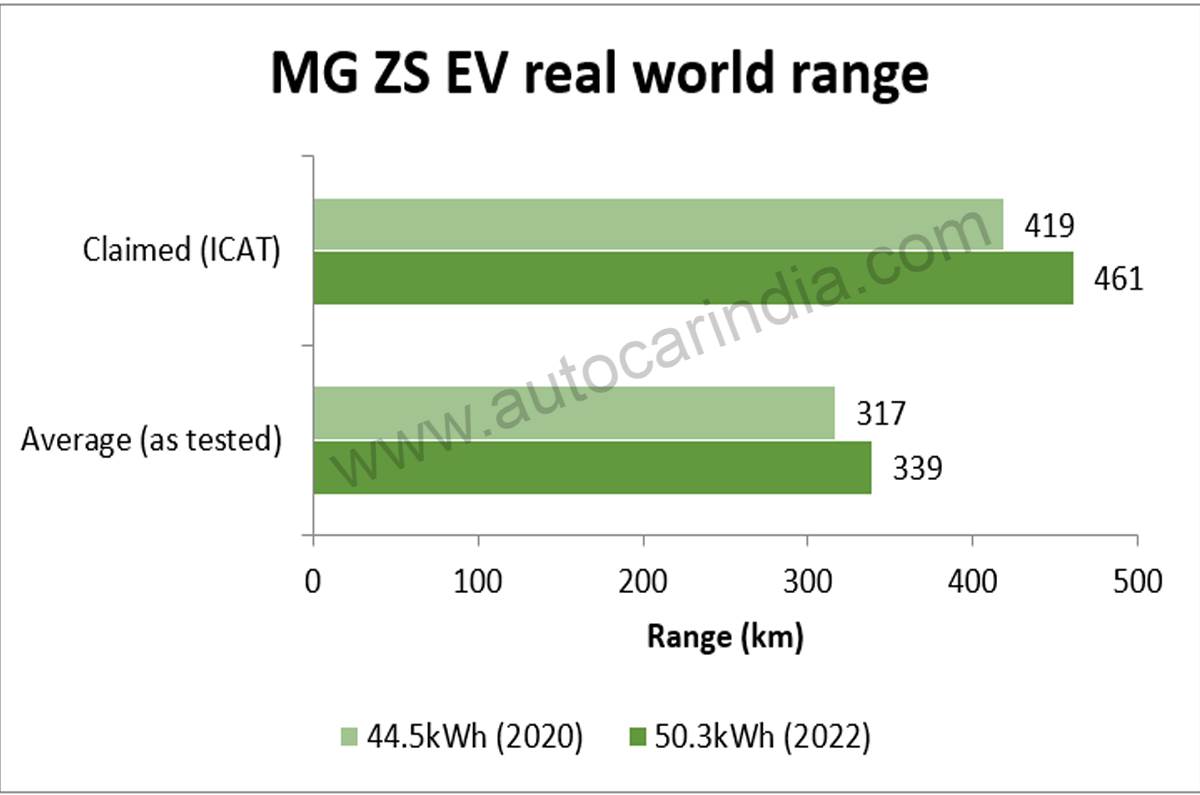 The 2022 MG ZS EV tips the scales at 1,610kg, which is a gain of 92kg over the 2020 iteration for a 13 percent larger battery. So weight is certainly one of the factors which hamper efficiency. The motor, however, has been optimised to counter this weight disadvantage, so it makes 33hp more than before, but torque is down by a significant 70Nm. Despite that, performance is better than the previous iteration, which could further explain why the efficiency is marginally (0.4km per kWh) lower. There are three drive modes on offer – Eco, City and Sport, and our tests were conducted in the most efficient Eco mode throughout with regen being set at level 2 – the middle.

Like before, there are three regenerative braking levels to choose from, but it doesn’t let you turn off the regeneration function at any point, like the Nexon EV Max.

Before our real-world range test, the battery of our test car was fully charged and we maintain tyre pressures in accordance with the manufacturer’s recommendation. The car was driven in fixed city and highway loops and we maintain certain average speeds. This test was conducted with a driver plus a passenger, and periodic driver swaps further neutralise variations in driver patterns. At the end of each cycle, we calculate the range based on the percentage charge consumed. Throughout our test, the climate control was set to 22 degrees centigrade in full-auto setting and other electrical like the audio system and indicators were used when required, just like how a regular user would. We take pride in our testing data, which isn’t merely consistent, but also gives users an accurate indication of what they can expect in the real world.