The international-spec MG ZS EV has been restyled for 2022. It also gets a larger 72kWh battery pack, enhancing the driving range. 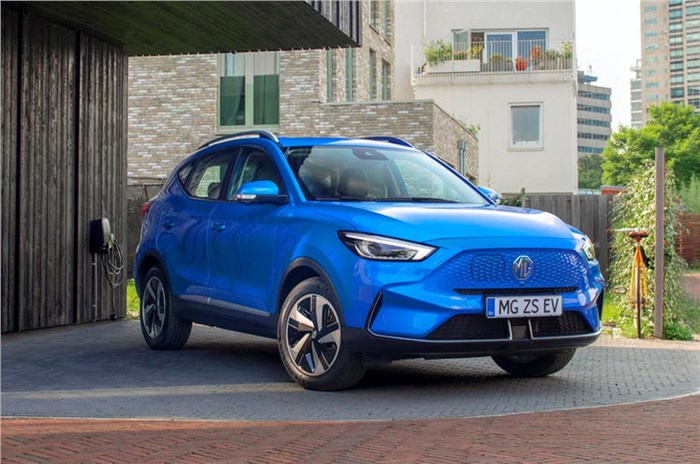 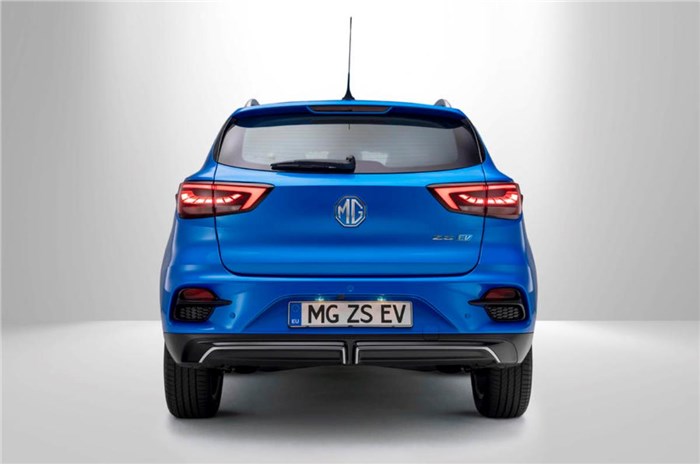 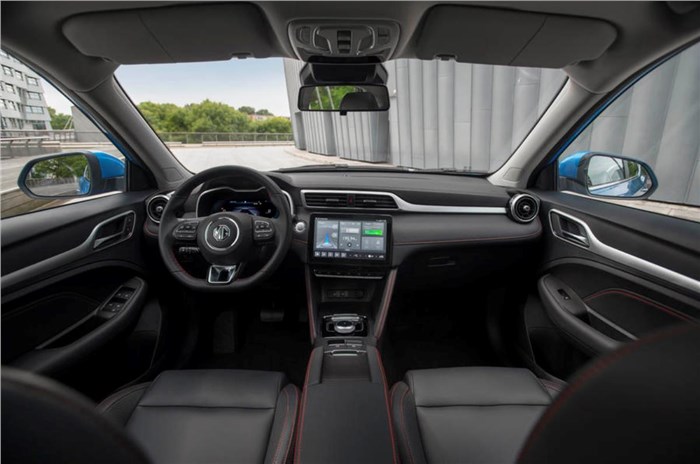 The MG ZS EV has been updated for global markets. The 2022 model brings in a raft of cosmetic changes as well as significant upgrades to the powertrain setup.

With the update, MG has brought the ZS EV’s design in line with its petrol counterpart (to go on sale in India as the MG Astor on October 11), which received a facelift earlier. The slim headlamps – with integrated LED Daytime Running Lights – and the LED tail lamps are same as on the conventionally powered ZS. The front and rear bumpers have been restyled and there are new alloy wheel designs on offer too.

The most noticeable change is the body-coloured, blanked-off front grille, which replaces the traditional grille design found on the older ZS EV. While the charging port is still placed behind the grille, its position has been shifted slightly.

The cabin of the refreshed ZS EV remains largely identical to its predecessor. Noteworthy additions are a wireless phone charger, a digital instrument cluster and a 10.1-inch touchscreen that replaces the 8-inch unit found earlier.

MG says that it has upgraded the infotainment’s iSmart connectivity suite, which brings in “new graphics and improved functionality”. The company has also added remote functions to operate various climate features, security, charging and other features through a smartphone.

The facelift brings a significant improvement to the battery set-up. The outgoing car was available with a 44.5kWh battery pack that was good for a 261km range on Europe’s stringent WLTP test cycle. The 2022 ZS EV gets a 51kWh battery in the base variant, providing it with a 317km range. Higher versions get a much larger 72kWh pack, allowing the EV to be driven for 437km on a single charge.

The 72kWh ZS EV will be available in Europe from this November, with the 51kWh version set to go on sale next year.

The ZS EV was launched in India in early 2020 with a 44.5 kWh battery and 340km range on our MIDC test cycle (which is less gruelling than Europe’s WLTP test, explaining the higher range achieved in India for the 44.5kWh version). The all-electric MG was given an update earlier this year that saw the range figure improved to 419km.

MG will bring the facelifted ZS EV to India in the coming months, though it remains to be seen which powertrain and battery setup is chosen for our market.