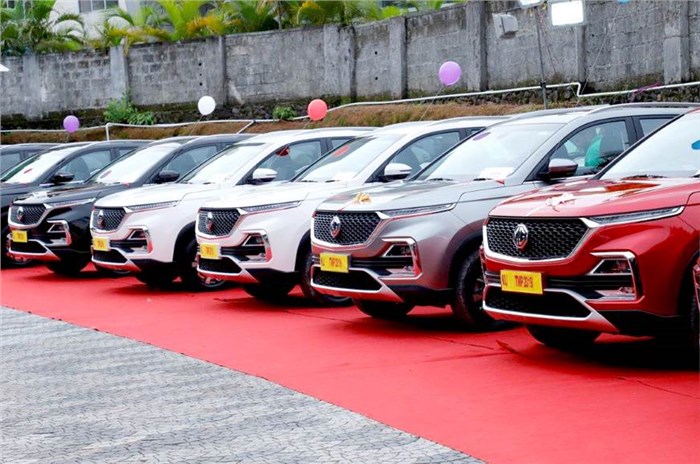 MG Motor India has announced its sales figures for the closing month of FY2020. The Chinese-owned British-automaker retailed 1,518 units in March 2020, including 1,402 units of the Hector midsize SUV and 116 ZS EVs.

The March sales figure represents an improvement over the carmaker’s sales performance in February 2020. However, February 2020 was not entirely representative of the true picture as MG was hit by considerable disruption in its global supply chain due to the coronavirus pandemic resulting in its lowest sales in the Indian market since its debut in June last year. The carmaker registered a month-on-month (MoM) growth of 10.32 percent (or 142 units) in its total retail in March 2020, with Hector generating an uptick of 15.11 percent (or 184 units), though ZS EV sales declined by 26.58 percent (or 42 units). Despite the improvement, the carmaker’s performance last month was significantly muted due to dampened customer sentiments owing to the COVID-19 outbreak. A nationwide lockdown that was implemented last week resulted in a plant closure that exasperated the problems further.

In FY2020, MG registered cumulative sales of 21,954 units. The Hector managed to find 21,680 buyers, translating into average monthly sales figures of 2,168 units ever since its launch on June 27 last year. The Hector had garnered around 50,000 bookings until February 2020. The ZS EV, which saw a price announcement on January 23, has found 274 buyers thus far. The all-electric model amassed about 3,000 bookings until the penultimate month of the 2020 financial year. It must be noted that MG’s Halol plant is not working to capacity as yet, with the production ramp-up still in progress.

While many OEMs and dealers are burdened with considerable BS4 stocks, MG has revealed that it has exhausted BS4 inventory across its entire network, including its manufacturing facilities in Halol and dealerships in the country. Though the carmaker had already begun BS6 production, stocks of the updated models are low owing to the current headwinds. Consequentially, its order books could witness a considerable backlog when normal sales and manufacturing resume.

Though MG managed to put up a good show in a difficult FY2020, it will have an uphill task at hand moving forward due to the challenges presented to the whole industry by the coronavirus outbreak.

MG Gloster: What to look forward to