Along with establishing EV charging stations at its dealerships, the company is also expanding its retail network to smaller towns with a mobile showroom. 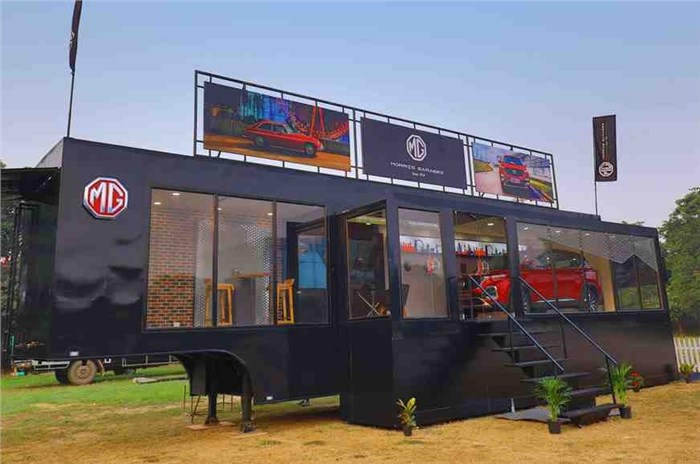 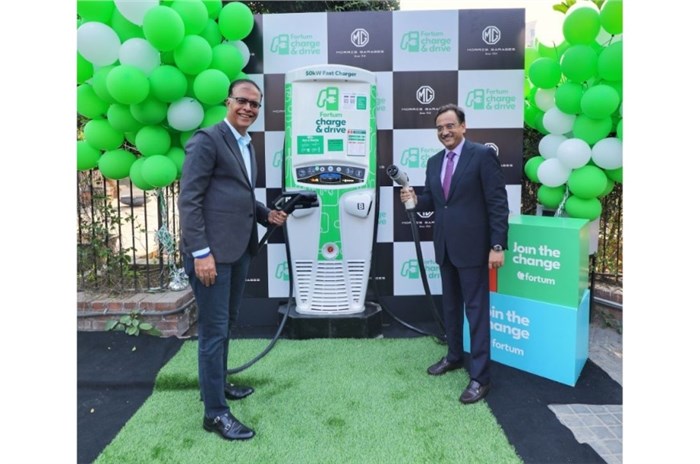 In the run up to the India launch of the MG ZS EV, the British brand is looking to have infrastructure in place and has installed a public 50kW DC fast charging station at its flagship store in Gurugram. The company has teamed up with Fortum, a Finnish clean energy major, for the installation of a similar facility in South Delhi, West Delhi and Noida, each. Furthermore, a total of six 50kW DC charging outlets have also been set up at MG dealerships in Mumbai, Bengaluru, Hyderabad and Ahmedabad, thereby covering all five cities the ZS will initially be retailed in.

The facilities can be used by any EV owner with a vehicle that is compatible either with the European CCS or the Japanese CHAdeMO charging standard by registering with the “Fortum Charge & Drive India” mobile app. And as we had previously reported, MG will be offering free charging at these locations to ZS EV buyers for a stipulated period of time.

Morris Garages made its debut in the Indian market earlier this year with the launch of the Hector midsize SUV on June 27. Until end-October, the company managed to generate retail sales of 9,670 units and capture a 1.77 percent share in the utility vehicle market, which is a commendable performance considering the current economic slowdown. To match the increasing demand, the automaker has ramped up production at its factory in Halol, Gujarat and started a second shift in November.

Building on the momentum, MG is now hoping to tap demand for midsize SUVs in smaller towns and cities. To that effect, the Chinese-owned British carmaker has launched the “MG Experience on Wheels” – a mobile showroom that will embark on a pan-India tour starting from December 5, with a focus on Tier-II and Tier-III cities. The 45-foot long trailer will not only showcase the Hector, but also allow prospective owners to customise the vehicle using digital technologies. Commenting on the initiative, Gaurav Gupta, chief commercial officer, MG Motor India, said, “MG Experience on Wheels will help us expand our reach further and garner customer interest in markets where our showrooms are not yet present.”

Morris Garages has revealed that it currently has a retail network of 150 centres in India, which it expects to grow to 250 by the end of FY2020; the company had previously aimed to achieve the same target by September 2019. In another effort to increase its market presence, the brand also inaugurated its first all-digital, car-less showroom in Bengaluru last month.