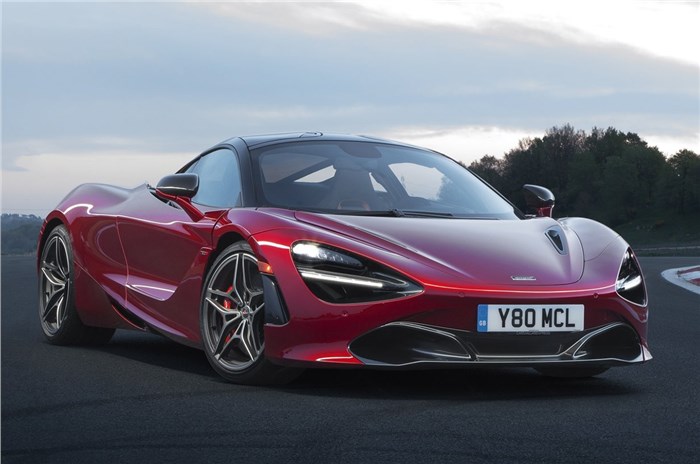 McLaren’s India line-up will have the 720S Coupe and Spider, the GT and the recently launched Artura.

A few weeks ago, we broke the news on McLaren’s India line-up and now we have the official price list for some of the supercars that will make it here. The McLaren GT will be the most affordable car in the company's India line-up and will be priced at Rs 3.72 crore (ex-showroom). The 720S Coupe is priced at Rs 4.65 crore, while the 720S Spider is priced at Rs 5.04 crore (ex-showroom), without options. Prices for the recently launched Artura hybrid supercar have not been released yet, but expect it to slot between the GT and the 720S. As we mentioned previously, McLaren’s India sales and service will be handled by the Infinity Group across the country.

The McLaren GT is the entry point to the McLaren line-up for India, and as mentioned above, is priced at Rs 3.72 crore. McLaren will also offer a pre-configured add-on pack that includes parking sensors, rear camera, vehicle lift and more for Rs 29.77 lakh. The GT is the most comfortable offering in the McLaren range, as compared to the more track-oriented supercars on offer. It gets a mid-mounted 4.0-litre engine that makes 620hp and 630Nm of torque, getting it from 0-100kph in 3.2sec and on to a top speed of 326kph. Rivals will include the Porsche 911 Turbo S, the Bentley Continental GT and the Ferrari Roma.

The 720S is one of McLaren’s most popular cars globally and gets a price tag of Rs 4.65 crore for the Coupe and Rs 5.04 crore for the Spider in India. Just like on the GT, McLaren will offer a pre-configured pack that equips the vehicle with a front suspension lift, premium 12-speaker Bowers & Wilkins audio system, and more. The pack will be priced at Rs 43.31 lakh. The 4.0-litre, twin-turbo engine makes 720hp and 770Nm of torque in both, the Coupe and the Spider. Both cars go from 0-100kph in just 2.9sec and on to a top speed of 341kph. The Spider’s convertible roof takes just 11sec to open or close and can be operated at speeds of up to 50kph. Rivals for the 720S in India will include the Lamborghini Huracan or the Ferrari F8 Tributo.

Although one can officially configure an Artura for the Indian market, similar to the GT, 720S Coupe and Spider, prices for the model are yet to be announced.